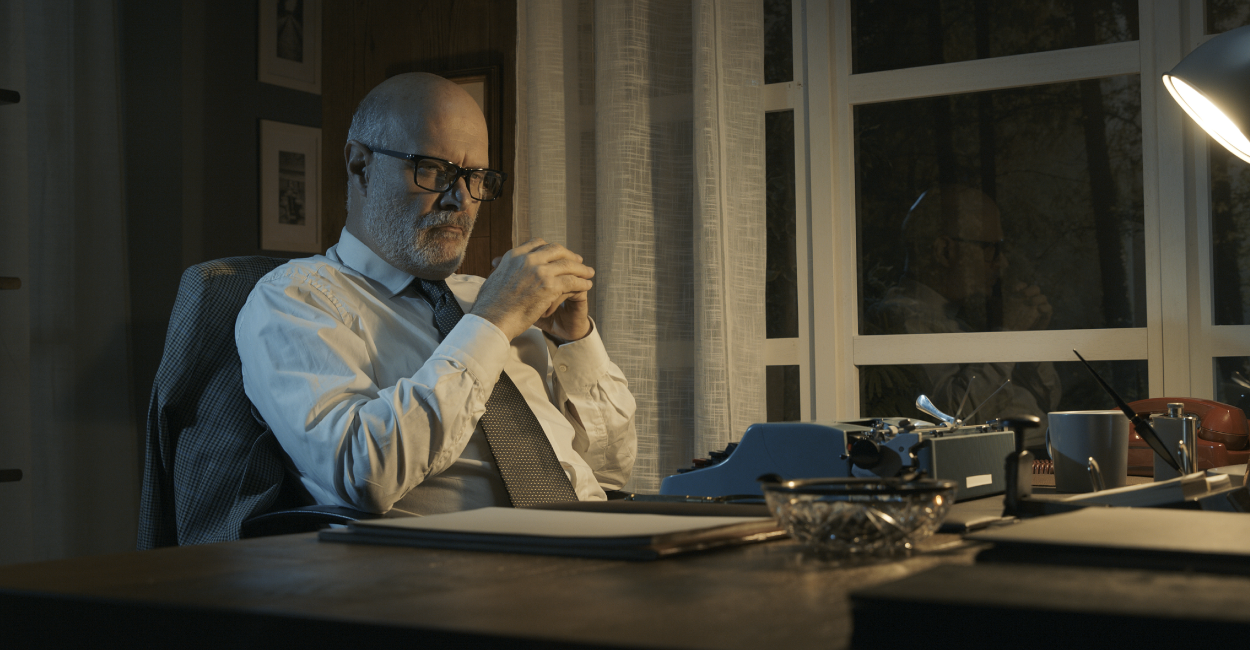 Have you ever been absolutely stuck while trying to write?

This is called Writer’s Block, and it’s so real!

According to a study of 428 students:

Only a measly 6% have almost never had writer’s block.

After 14 years of experience writing, I’m going to show you the exact tips and tricks I use to overcome writer’s block.

What is Writer’s Block? (Definition)

Writer’s block, also known as creative inhibition or creative block, is the inability to write or continue writing. It’s usually not caused by lack of skill but by various physiological, motivational, cognitive, or behavioral factors.

A survey of 114 writers found that the #1 most reported reason for writer’s block was physiological factors, such as stress, illness, or anxiety. The second-biggest reason was motivational factors, like fear of criticism, lack of excitement about a topic, or pressure to perform well.

Try to identify your cause of writer’s block:

Here’s the good news: Even the very best writers get stuck due to writer’s block.

I had the pleasure of taking Malcolm Gladwell’s Masterclass on Writing, and he has an entire lesson on writer’s block. Read some of his tips (and mine) below.

Here’s what you can do if you have writer’s block.

So here are my 3 instant cures for writer’s block:

#1: Never, ever start on a blank page (unless the words are pouring out of you).

#2: Never start with an opening line (unless you have the perfect one in mind).

#3: End with your thesis (unless you have a clear idea).

So what should you start with? Read on…

End in the Middle

This is one of the weirdest things I do as a writer, but it works! It has helped me write 2 books and over 1,200 articles. Are you ready?

Always end your day or writing session in the middle of a sentence, idea, or paragraph. End so that when you pick up the next day, you know exactly how to finish the thought. Then you are already writing and it is much easier to keep going. For example, here is a paragraph from my latest book, Cues:

Major League Baseball player Alex Rodriguez, also known as A-Rod, played 22 seasons and earned a total of $441.3 million in the league. In 2007, he was accused of doping.

Rodriguez sat down with Katie Couric on 60 Minutes to answer questions about taking steroids. Couric asked Rodriguez, “For the record, have you ever used steroids, human growth hormones, or any other performance-enhancing substance?”

Couric pressed on. “Have you ever been tempted to use any of those things?”

I stopped at the end of my writing day in the middle of a thought. The next day, I knew what came next, and it was easy to pick up right where I left off.

It would have been much harder had I finished this section on “A-Rod” and then had to start fresh the next day with an entirely new story.

Always prevent writer’s block by ending your day or writing session in the middle of a thought or sentence. Sounds weird, but it really helps.

OK, let’s say you are starting from scratch or OOPS, you ended after a section and now you’re stuck. Read on…

Don’t Get Stuck on Being Stuck

He says the important thing is to just keep going. You do NOT have to write in order. Try skipping ahead, writing an easier section, editing a previous section, working on your citations, making the table of contents, creating a graphic, doing ANYTHING except staying stuck.

Gladwell’s approach is to keep writing little pieces of the article without knowing where they fit.

“A lot of problems are resolved in the doing,” he says.

Think of your entire writing process as a jigsaw puzzle. Each piece you write gets you closer to finishing the puzzle, but you don’t have to fit the pieces together line by line.

(That would be torturous!)

We get stuck in our heads. So get out of your head by putting something—anything—on paper.

Be Guided by Excitement

Let your excitement guide you.

Here’s what I mean: If you have something you are really excited to write—a story, an example, a paragraph—just do it! It does NOT have to be in order. In fact, it shouldn’t. Write whatever you are most excited about in the moment.

For example, when I sat down to write Cues, I had a lot of info in my head. Every time I tried to write in order, I would get stuck. So I began to just write the stories that got me the most excited. Here’s one that isn’t until Part II of the book! But it got me excited, so it got me writing and powering through my writer’s block:

Ever wondered why some teams have great chemistry? One group of researchers at UC Berkeley wanted to find out and devised a clever way to watch basketball games in the name of science.

The research team watched the first three games of the NBA finals during the 2008–09 season and counted every single time players were seen touching on camera—from back pats to butt slaps to leaping shoulder bumps to arm drapes to head grabs. They found that the team that touched each other the most won the most games.

The Mavericks had a total of 250 touches, making them almost twice as touchy-feely as the Miami Heat, who had only 134 touches. In those three games, the Mavericks were 82% more likely to high-five.

The study proved that the moment we touch someone or someone touches us, our chemistry changes. Touch creates the potent chemical oxytocin.

Boom! This story helped me introduce the concept of oxytocin, which I was struggling with. I couldn’t figure out my thesis (remember, a big writer’s block trap), and this story jiggled everything loose.

So focus on what the creative genius in you is excited about and get it on paper!

Author Austin Kleon wrote a best-selling book called Steal Like an Artist. In the book, he bluntly answers every artist’s burning question:

“Can we use other people’s work?”

If you’ve been a writer long enough, you’ve likely read someone’s work and thought, “Wow! I’d love to use this for my own blog/book/paper.” Luckily, Kleon says this isn’t plagiarism… if done appropriately.

The idea here is that everything we write or ever will isn’t exactly original. In fact, everything we write is a culmination of ideas and experiences we’ve taken from other places. So it’s only natural we “take” what’s useful and discard the rest, as long as we don’t copy everything word for word.

“Nobody is born with a style or a voice. We don’t come out of the womb knowing who we are. In the beginning, we learn by pretending to be our heroes. We learn by copying.”—Austin Kleon

I like to get my inspiration from books—what I call “bookspiration.” Whenever I’m facing writer’s block, I flip through a book on a similar topic and read its first lines, see how its paragraphs start, or riffle through its chapter headers.

For example, here’s an amazing intro from the first Harry Potter book:

“Mr. and Mrs. Dursley of number four, Privet Drive, were proud to say that they were perfectly normal, thank you very much.”

And another intro from one of my favorite self-improvement books, How to Win Friends and Influence People:

“On May 7, 1931, the most sensational manhunt New York City had ever known had come to its climax.”

You can also try scrolling through your favorite blogs to find inspiration. Don’t be afraid to steal like a writer!

A state of flow is when you’re 100% focused on the activity you’re doing. You’re “in the zone,” enjoying the moment and creating or doing something with high output. People in the flow state are free from distractions and often are unaware of the amount of time they’re spending on a task.

And for writers with writer’s block, the flow state can seem quite elusive.

I find the #1 way to reach the flow state when writing is… write every day! I find if I take a long vacation away from writing, my writer’s block starts to creep up. But if I treat writing like a muscle, I seem to “activate” my flow state more often.

Here are some other ways to achieve flow:

The more you can get into flow, the better your writing will become!

Do you always write with pen and paper? Or are you a keyboard warrior?

Sometimes we get stuck in writing because we’re stuck in routine. Switching things up can introduce that critical element of change, and the easiest way to do that is through your writing tool:

Introduce a small element of change. Whatever it is, it’ll give you a creative spark to write better for longer.

Good Enough Is Better Than Perfect

When it comes to writing, there are 2 types of people:

Chances are, if you’re reading this, you’re a high blocker.

To lower your blocking barrier and get those words out, aim for “good enough.” Good enough means:

And most importantly, full of words, NOT blank.

The goal of the “good enough” mentality is to strip away everything that can stop you from writing. Translate all your thoughts into words. Become the free-flowing writer you’ve always dreamed of being by deleting perfectionism:

Don’t try to beat perfectionism all at once. The more you write freely, the better you’ll be at letting your words flow like a low blocker.

How often do you read?

One study of university students found that the more a student read, the less writer’s block they had:

You might be thinking, “That’s a LOT of reading!” And you’re right—but it doesn’t have to be hours of reading a day.

The best way to take advantage of reading to improve your writing is to become an expert in your topic. The study also pointed out that those who read more were more knowledgeable in their field… which, unsurprisingly, led them to have less writer’s block.

Here’s another ingenious tip from Gladwell:

In other words, avoid the hard stuff. Don’t go soul-searching to find your perfect word or to write like Hemingway.

If your intro isn’t jaw-droppingly brilliant or you don’t have a solid thesis right off the bat, aim for the easy parts, like the fun anecdotes or your personal stories.

Once you do the easy stuff, the hard stuff becomes easier. We often need that momentum to get us going before we can tackle the harder bits.

If it helps, don’t think of each piece of writing as the crème de la crème. I’ve written books that have become bestsellers, while others have flopped into nothingness. But sometimes I spent more time on the books that didn’t make it than on the ones that did!

Writers are not heart surgeons.

The world does not hold us to our first pass. If we kill the heart patient, we get to operate again.

“But I Really Can’t Write Anymore!”

Let us know in the comments what’s your cause of writer’s block and if you have any juicy tips to overcome it.

And while you’re at it, check out this hilarious video on what NOT to do to beat writer’s block: