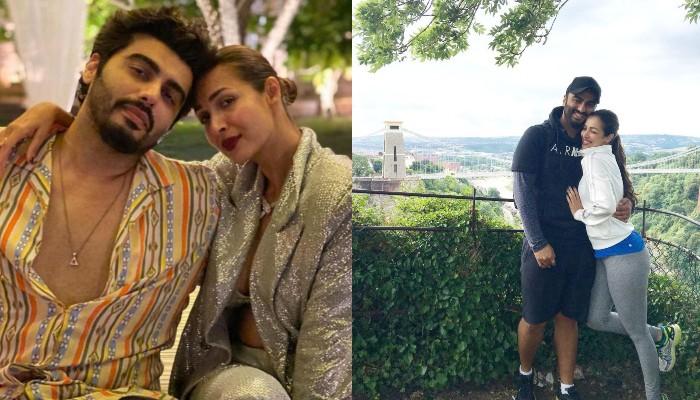 Actor, Arjun Kapoor and his actress girlfriend, Malaika Arora’s cute social media PDAs or small getaways have stolen the hearts of their fans. The duo never fails to dish out some major couple goals. Whether it is through their adorable birthday posts or supporting each other on their professional front, this duo has done all of it.

Malaika Arora is an avid social media user, and she often shares glimpses of her life on her IG handle. Last year, as the nation had gone into a complete lockdown, the Chaiyya Chaiyya girl treated her fans with a sneak-peek into her kitchen. It was evident from her posts how much she loves cooking. Now following her passion for cooking, the actress is coming with her new venture, and her boyfriend, Arjun Kapoor can’t wait for it. 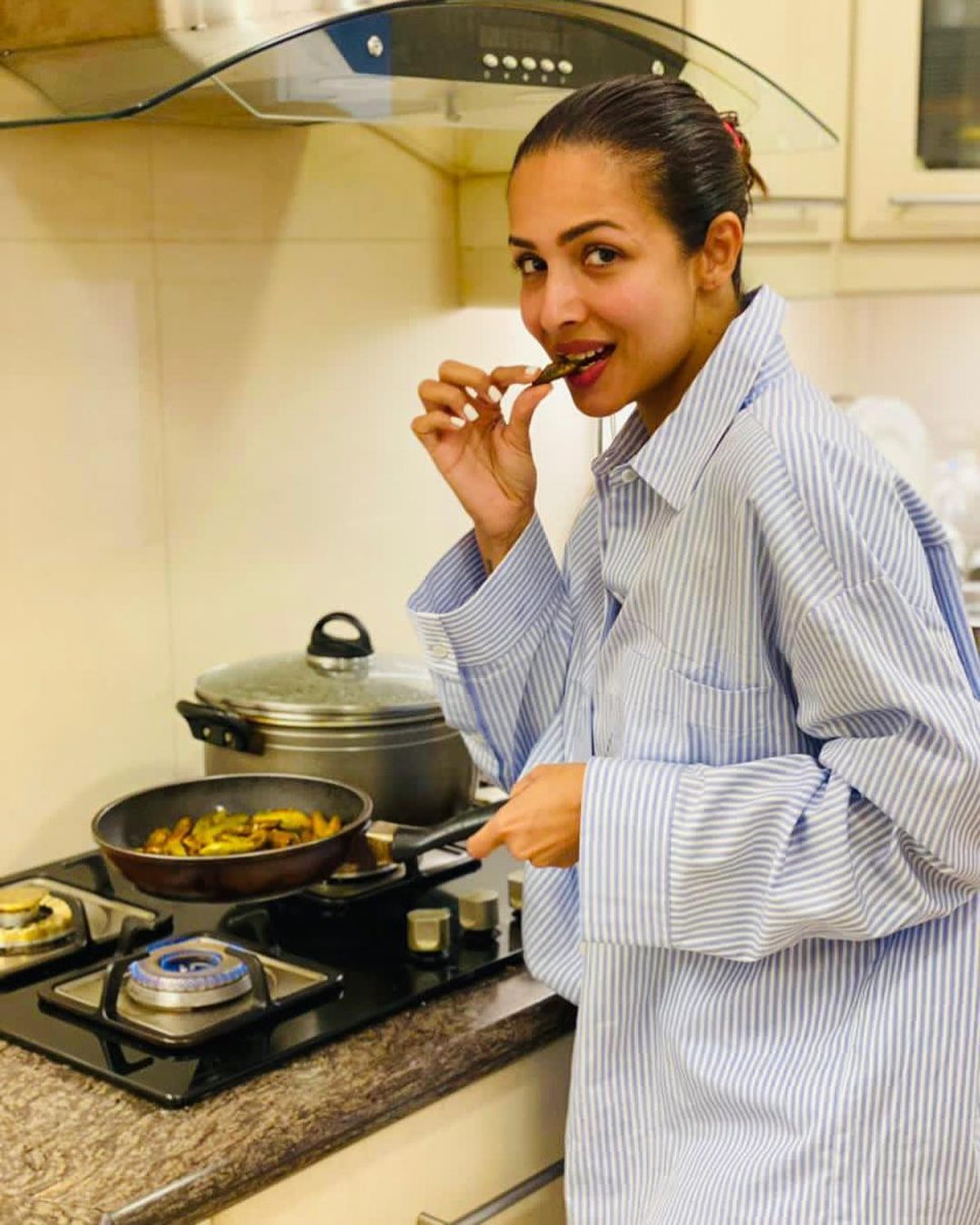 On August 2, 2021, Malaika Arora took to her IG handle and shared with her fans that she is going to launch a nutritious meal service named NUDE meals. Sharing the video, Malaika wrote in the caption, “No more secrets…I have been building something that is going to be exciting for both, you and I. Get ready to eat the most delicious & wholesome meals with me! So, NUDE BOWLS, it is! N = Nutritious U = Undisguised D = Delicious E= Eats Are you excited? Launching on 11th August. Will be available in Mumbai, Pune, Delhi, NCR and Bangalore exclusively on the Eatsure App!”

A few hours ago, Arjun Kapoor turned cheerleader for Malaika and took to his IG handle and shared his ladylove’s video on his story. The doting boyfriend put a “can’t wait” sticker atop the video and wrote, “NUDE bowls launching on 11th August N=Nutritious U=Undisguised D = Delicious E= Eats.” 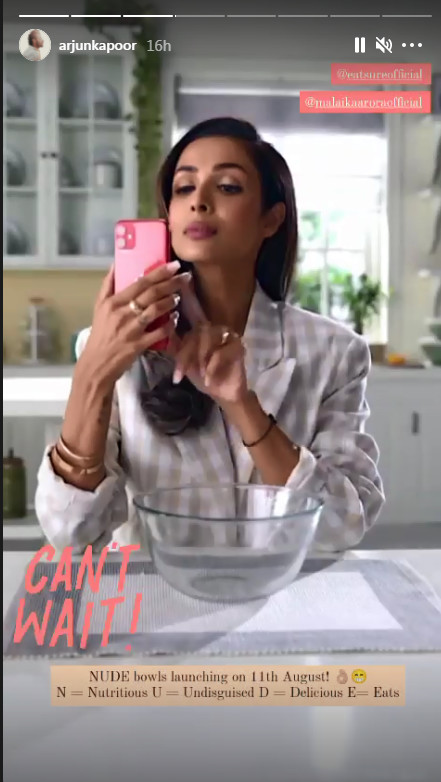 On August 1, 2021, Malaika Arora had treated her boyfriend, Arjun Kapoor, to tasty delicacies and the duo’s IG stories had proved that they had enjoyed their Italian lunch. Taking to his IG stories, Arjun had shared a picture of Malaika and had written, “THE PASTA AND THE MAKER @MALAIKAARORAOFFICIAL.” 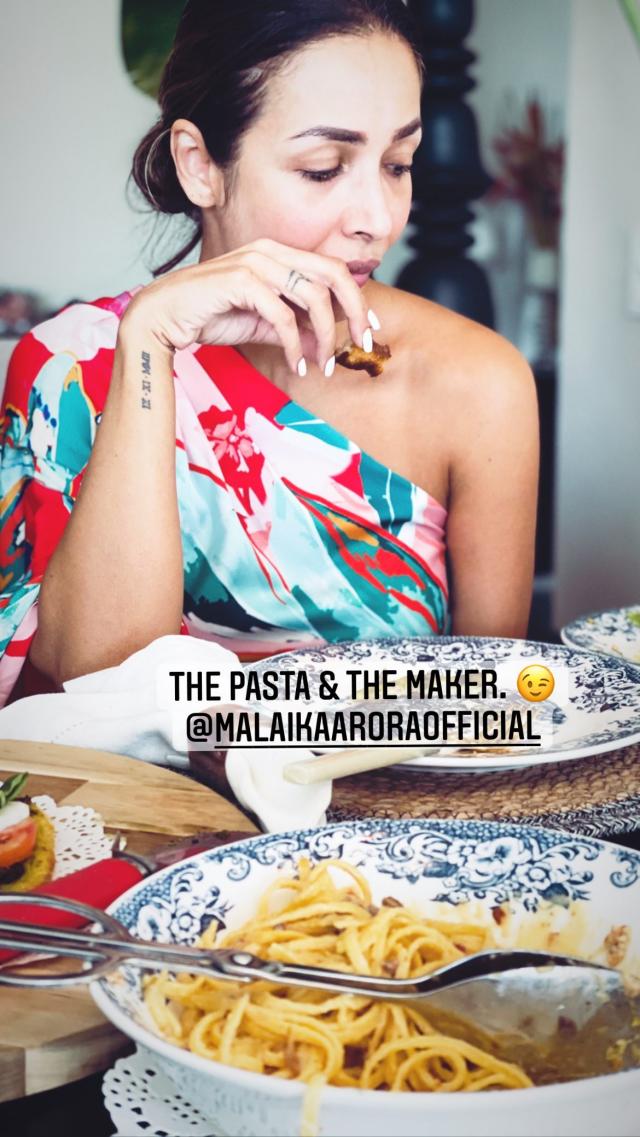 Malaika had also taken to her IG stories to share a glimpse of the dining table. Malaika had cooked pasta, focaccia and had served them with cherry tomatoes and a bottle of white wine. In another Instagram story, Malaika had shared a photo of Arjun Kapoor sitting on a couch with her pet pooch Casper. Atop the picture, the actress had written, “My Sunday view”, followed by a red heart emoticon. 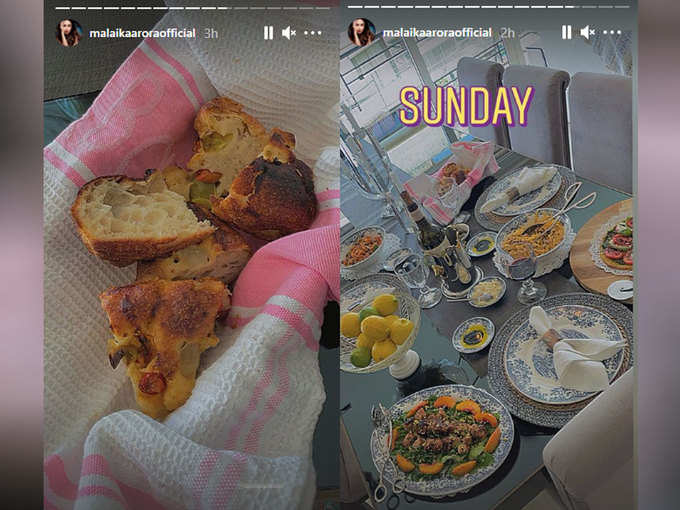 Here’s wishing Malaika all the luck for her new venture!