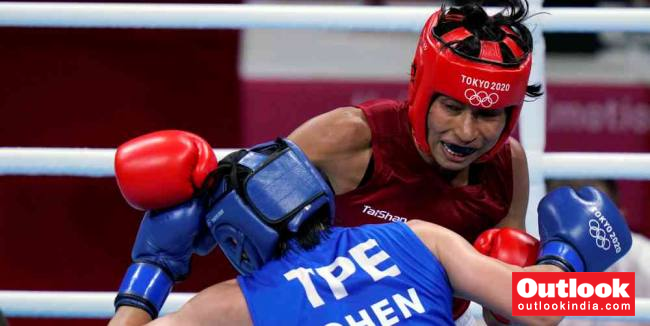 History beckons boxer Lovlina Borgohain and the Indian women’s hockey team at the Tokyo Olympics on Wednesday. Lovlina has already assured herself a medal but a win on Wednesday will make her India’s most successful Olympic boxer. The Indian women’s hockey team is playing an Olympic semifinal for the first time after upsetting Australia in the quarterfinals. Neeraj Chopra and Shivpal Singh will start their javelin campaigns while three wrestlers — Ravi Kumar, Deepak Punia and Anshu Malik — will play their qualifiers. Women’s golf also tees off on Wednesday. Get here live updates of Indians at Tokyo 2020. (MEDAL TALLY | AUGUST 4 SCHEDULE |NEWS)

Indian fans will look up to Lovlina Borgohain to upset world champion Busenaz Surmeneli of Turkey in the semifinals of the 69kg category. Lovlina is on a high having beaten two classy opponents in earlier rounds. The emphatic 4-1 quarterfinal victory against Chen Nien-Chin of Chinese Taipei, a former world champion, would have given Lovlina a lot of belief in her maiden Olympics.

Busenaz is in top form too. She defeated European champion Karolina Koszewska (Poland) in the opening round and smashed Ukraine’s Anna Lysenko 5:0 in the quarter-final to set up the contest against Assam girl Lovlina, who is assured of a medal even if she loses. If Lovlina wins and goes to the final, she will become India’s most successful boxer after Vijender Singh and Mary Kom. Both had won bronze medals at Beijing 2008 and London 2012, respectively.

In the afternoon session, all eyes will be on the women’s hockey semifinal between India and Argentina. Both teams are familiar with each other. The Indian girls did well during their tour of Argentina in January 2021. Rani’s team is on a high after stunning Australia 1-0 in the quarterfinals and if they enter the final, it will be a dream come true.