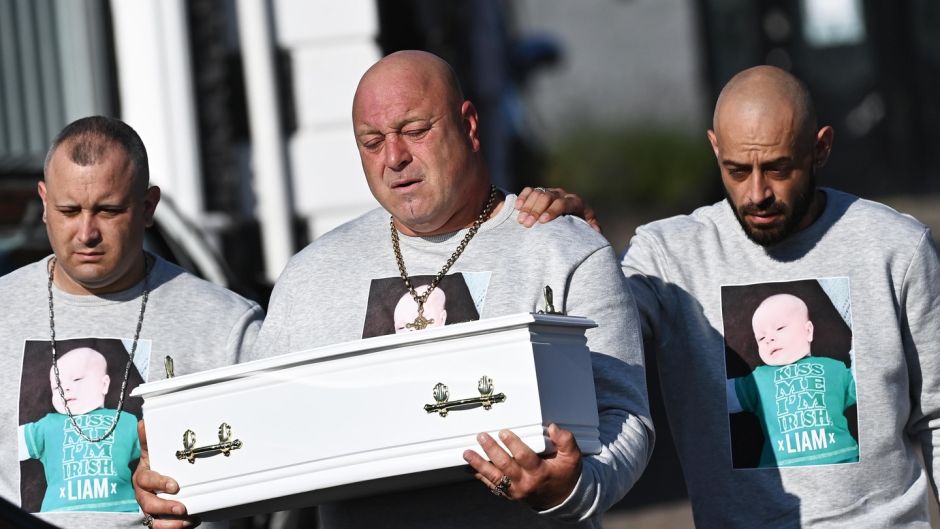 The funeral service has taken place for a two-month old baby who died in north Belfast last week.

The private service for Liam O’Keeffe took place at Brown’s Funeral directors on the Old Park Road in North Belfast before heading on to Roselawn Crematorium.

Liam O’Keeffe’s small white coffin was carried by his father, who shares the same name. Mr O’Keeffe was comforted by friends and family outside the funeral home on Wednesday morning.

The baby boy was killed at a house in Ardoyne, north Belfast last week.

Another child – understood to be Liam’s toddler sister – who was also stabbed in the incident at Brompton Park in Ardoyne on Tuesday was taken to hospital where her condition was described as “stable”.

Raluca Ioana Tagani (29), Liam’s mother, was arrested on suspicion of murder and attempted murder. She appeared before Belfast Magistrates’ Court last Friday and was remanded in custody to appear before the court again on August 27th.

A fundraising campaign set up in recent days helped to raise more than £3,800 to support the family.