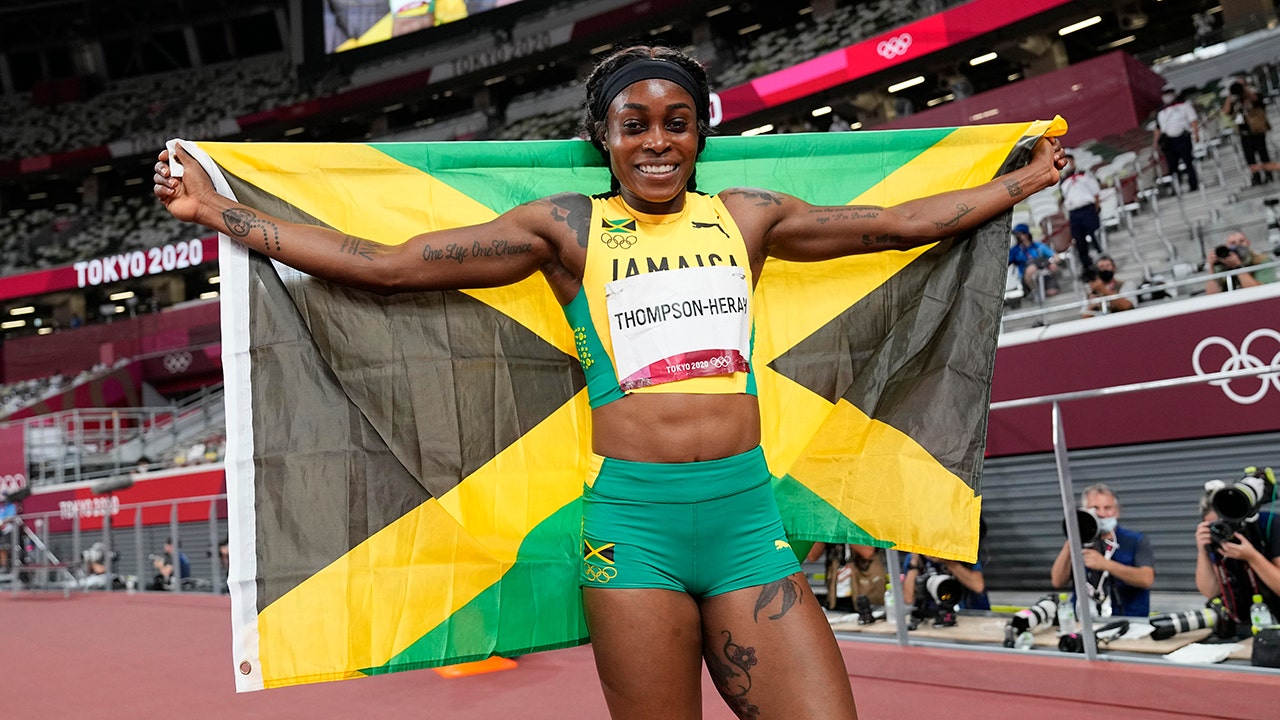 Jamaican sprinter Elaine Thompson-Herah won gold medals in the 100-meter and 200-meter sprints at the Tokyo Olympics but failed to outrun those watching for copyright breaches on social media.

Thompson-Herah wrote on Twitter she was suspended from Instagram for a few days for posting clips of her run on her page – footage she did not have the rights to.

“I was blocked on Instagram for posting the races of the Olympic because I did not own the right to do so. So see y’all in 2 days,” she tweeted early Wednesday.

Thompson-Herah and her Jamaican teammates swept the medal stand over the weekend in the women’s 100-meter final. Thompson-Herah picked up the gold medal, Shelly-Ann Fraser-Pryce got the silver and Shericka Jackson won the bronze medal.

Thompson-Herah would win the gold in the 200-meter over Namibia’s Christine Mboma and the United States’ Gabrielle Thomas.

She could still pick up another medal in Tokyo. The Jamaican track team still has its 4×400 relay to compete in Friday. Jamaica lost to the U.S. in the same event in 2016.