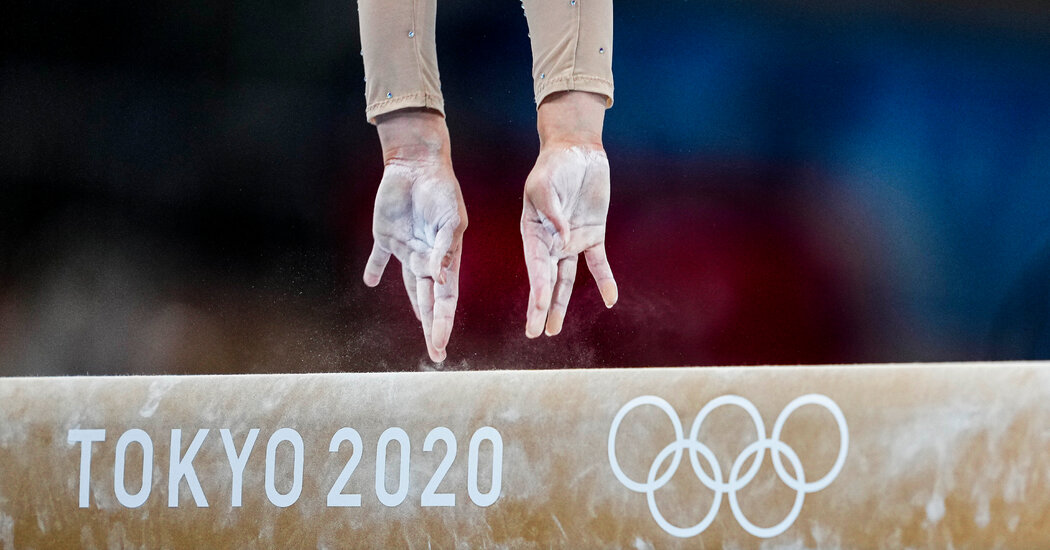 The team events are advancing to the sharp end now, with one-and-done games in every sport. The U.S. women’s volleyball and basketball teams, which both won their groups, face do-or-die quarterfinals on Wednesday. The volleyball team faces the Dominican Republic at 1 p.m. in Tokyo time, midnight Eastern. The basketball team meets Australia starting 40 minutes later.

Two track highlights of particular note: The women’s 400 hurdles has the potential for U.S. runners to get gold and silver with Sydney McLaughlin and Dalilah Muhammad. That race starts at 11:30 a.m. Tokyo, 10:30 p.m. Tuesday Eastern. The Tokyo evening and U.S. morning brings the men’s 200 and a gold medal bid from the American Noah Lyles.

Nobody lifts more than the men’s super heavyweights — 500 pounds or more. And the strongest of the strong at these Games is likely to be the defending champion, Lasha Talakhadze of Georgia.

Open-water marathon swimming begins with the women’s event. Women’s golf tees off, and the women also kick off the park skateboard competition.