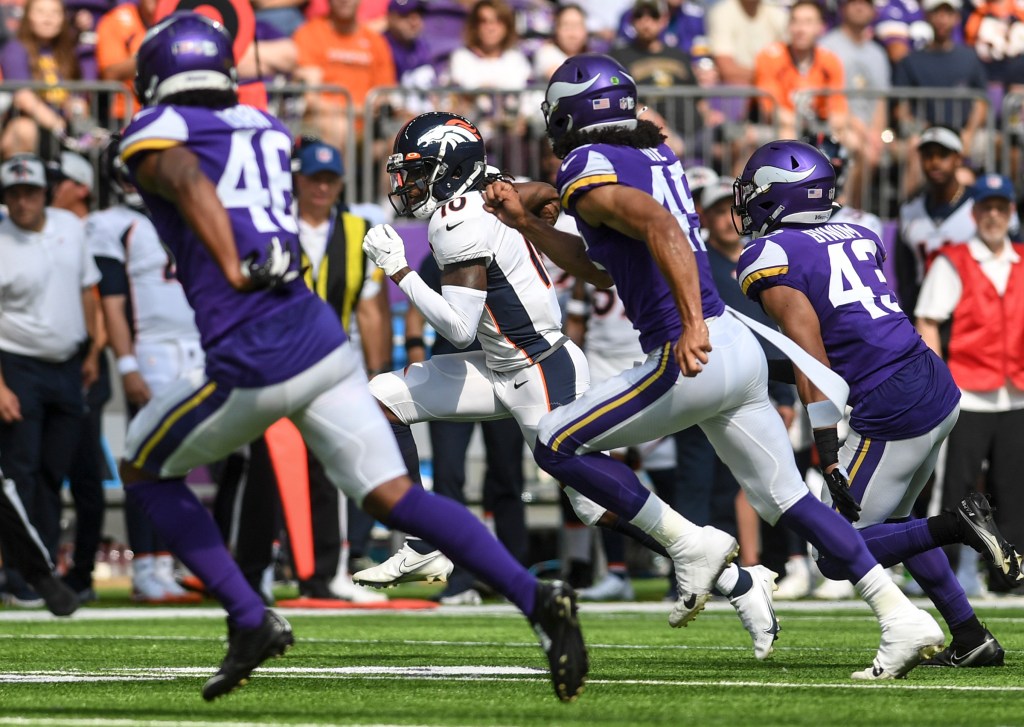 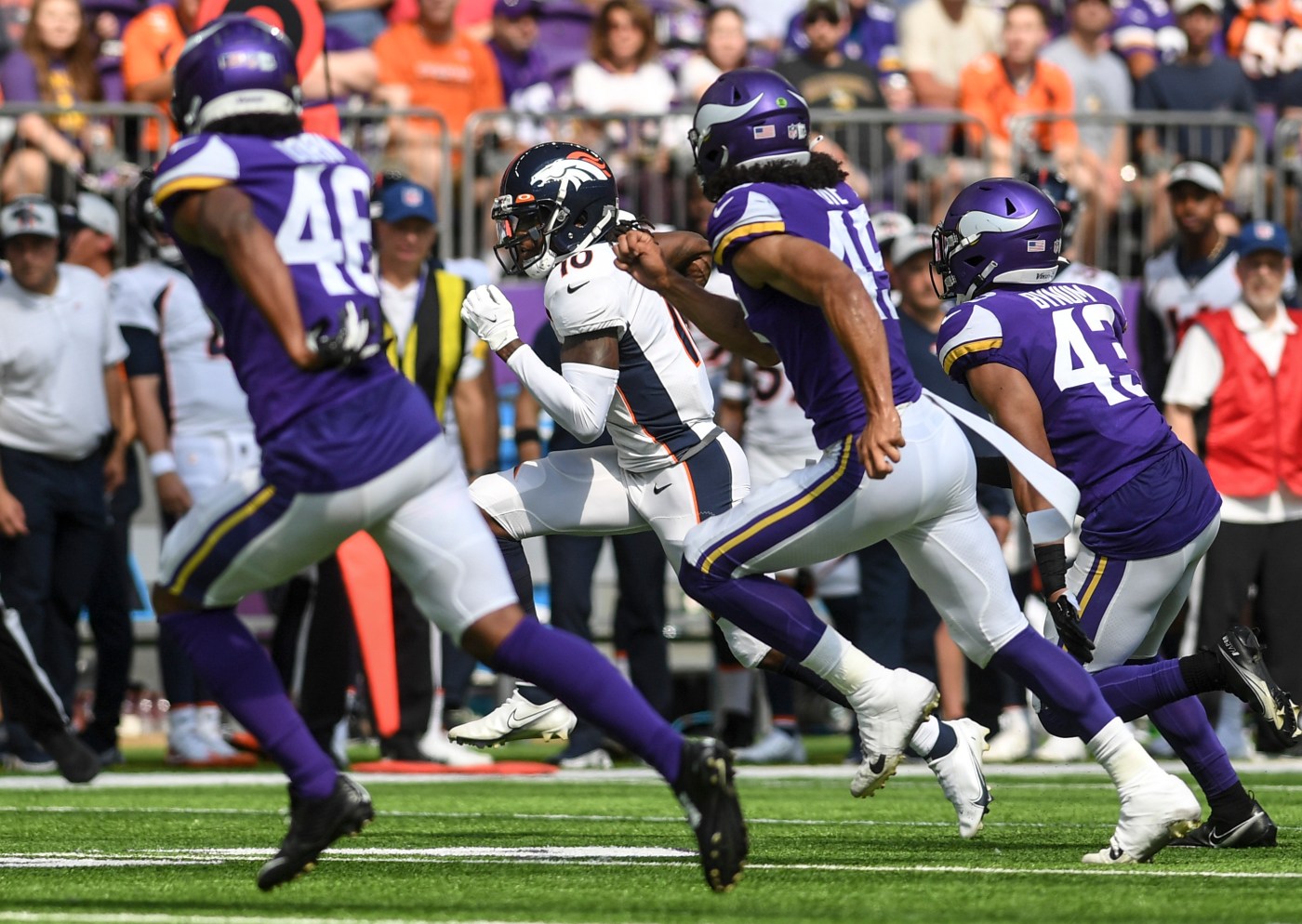 Twelve things from the Broncos’ 33-6 preseason win over the Minnesota Vikings on Saturday:

2. Coach Vic Fangio’s decision to sit his top defensive players except for cornerback Pat Surtain II was a benefit for others. Out of 66 snaps, 11 players had at least 30 snaps, led by safeties P.J. Locke (64) and Caden Sterns (54). Down three safeties after Trey Marshall’s opening-kickoff sprained ankle, Locke and Sterns led the Broncos with six tackles apiece. Surtain played 20 snaps.

3. The Broncos had eight explosive plays (rush of at least 12 yards/pass of at least 16) — three rushes and five passes — compared to only three for the Vikings (two rushes and one pass). The Broncos’ explosive plays were rushes of 13 (Javonte Williams), 18 (Royce Freeman) and 17 (Damarea Crockett) yards and catches of 25 and 80 (Hamler), 33 (Jeudy), 22 (tight end Eric Saubert) and 17 (receiver Trinity Benson) yards.

5. The Broncos’ pass protection was solid. The only booked quarterback pressure was on Massie and the only knockdown (of Rypien) was due to an unblocked player. The Broncos’ pass rush totaled six disruptions — a sack by outside linebacker Andre Mintze, knockdowns by defensive lineman Jonathan Harris and outside linebackers Malik Reed and Derrek Tuszka, and pressures by outside linebacker Jonathon Cooper, defensive lineman Shamar Stephen and inside linebacker Barrington Wade. Mintze’s sack (3.68 seconds) was a clean-up play when Stephen pushed back guard Wyatt Davis. Stephen started the scoring by drawing a holding call on right guard Dakota Dozier in the end zone, resulting in a safety.

8. Williams started the game with rushes of 11 and 13 yards. A nice cut-back to the left helped the first play and he broke cornerback Cameron Dantzler’s tackle on the second play.

9. A big day for Mintze, trying to make the team as a reserve edge rusher. Over the span of three Vikings drives, he had a sack, drew a penalty and had a run “stuff” (no gain).

10. Fangio rushed five or more players on only eight of the Vikings’ 31 drop-backs. Minnesota quarterbacks were 2-of-7 passing for 22 yards (one sack) against extra rushers.

11. The Broncos’ secondary was around the football. Surtain had a pass break-up and interception, Locke had two pass break-ups and Sterns and cornerback Michael Ojemudia had one apiece.