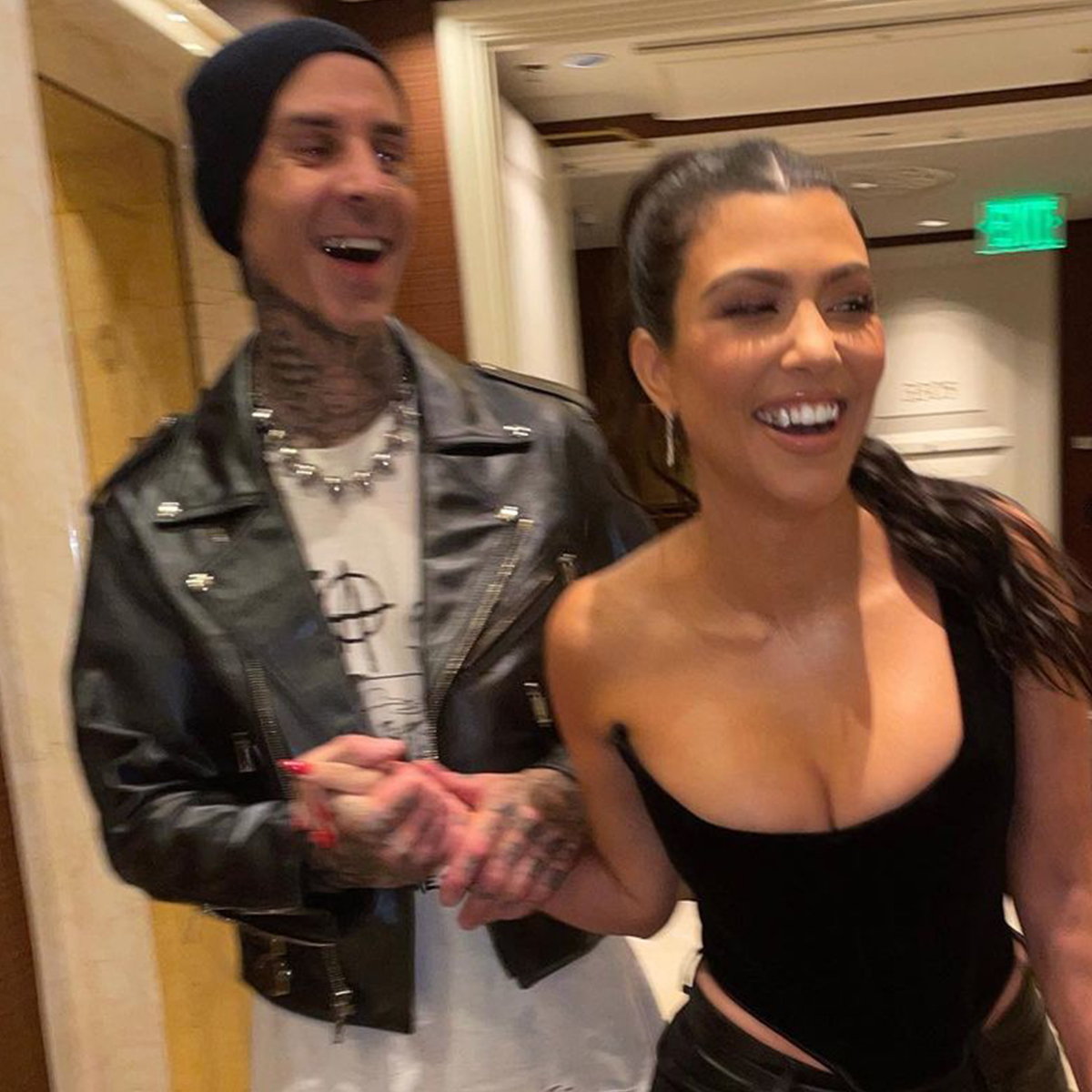 Travis, who has feared flying since he was a child, began dating Kourtney, his longtime neighbor who often travels by private jet with her family, last December. In a Men’s Health interview published in May, the musician expressed hope of flying again, explaining, “Now it’s been so many years, it’s getting easier for me. There are days where I’ll wake up and never think about it.”

A source close to Kourtney also said the reality star has helped Travis with his fear of flying, adding, “His life has completely changed since he has been with Kourtney and he feels ready to do anything. She’s helped him overcome this fear and he feels like he can do anything with her by his side. He has been wanting to fly for awhile and he felt like finally the time was right.”

On Saturday, Kris and Corey arrived at Camarillo Airport first and waited for the couple, an eyewitness told E! News.

“Travis took his time and definitely seemed a little bit nervous,” the person said. “Kourtney was very supportive and helped him every step of the way. She made him feel comfortable on Kylie‘s plane with pilots they know and the large size of the plane.”