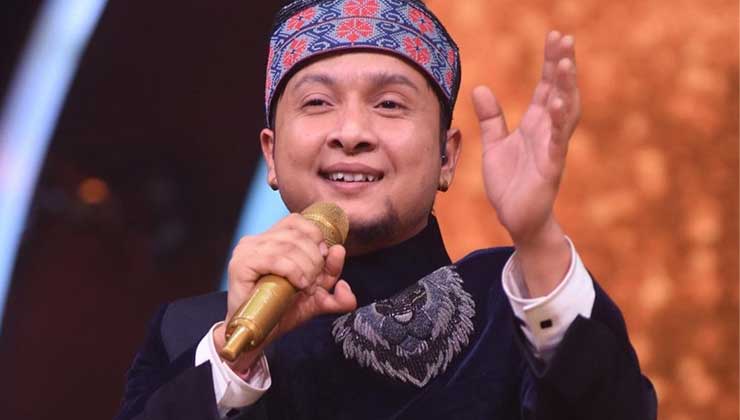 Indian Idol Season 12 finally got its winner in Pawandeep Ranjan. Season 12 of the singing reality show saw six finalists — Pawandeep Rajan, Arunita Kanjilal, Nihal Tauro, Sayli Kamble, Mohd Danish and Shanmukhapriya’s performances that enthralled the judges and audiences. The makers of the show had planned a 12-hour long finale from noon to midnight on the occasion of Independence Day 2021. Also, ex-contestants were present and Shershaah stars Sidharth Malhotra and Kiara Advani were the guests on the show.

Popular singers like Javed Ali, Udit Narayan, Amit Mishra, Raghav Sachar, Alka Yagnik and Sukhvinder Singh among others also graced the stage. Pawandeep performed with Alka Yagnik while Udit Narayan performed with Sayli. Judges Anu Malik, Himesh Reshammiya, and Sonu Kakkar also performed. Bade Achhe Lagte Hain 2 actors Nakuul Mehta and Disha Parmar also made an appearance during the finale. Today, we came across a video of actor Vijay Deverkonda sending a video message telling them how much he enjoys Indian Idol. It was indeed the ‘greatest finale ever’.

Take a look at Pawandeep Rajan holding the trophy. 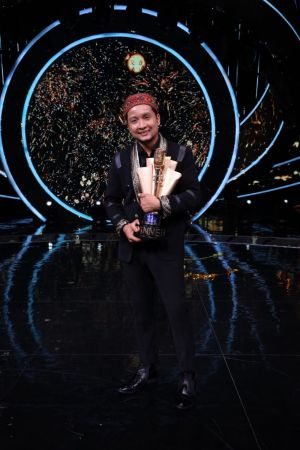 Earlier, in an interview with indianexress.com, director Neeraj Sharma said that the team is looking forward to creating history with Indian Idol 12 and they had ‘big plans’ for the finale. He had said, “If there was no pandemic, we would have hosted the finale in a big stadium, and we are confident it would have been a sold-out show. This season has been loved so much and given it’s the last episode, we wanted to do something really special, and thus the 12-hour episode came in place.”