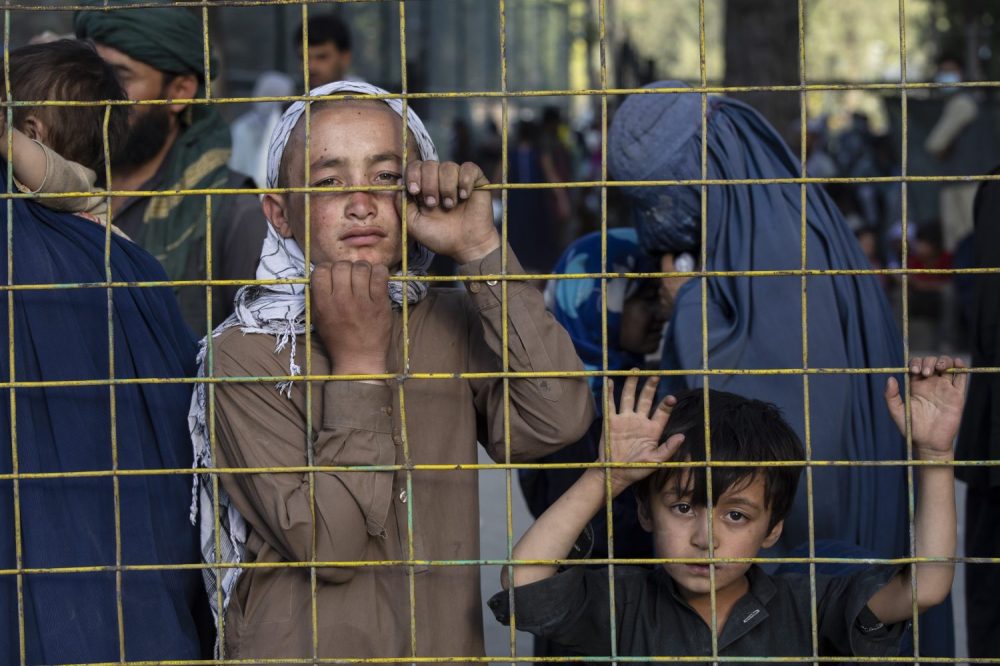 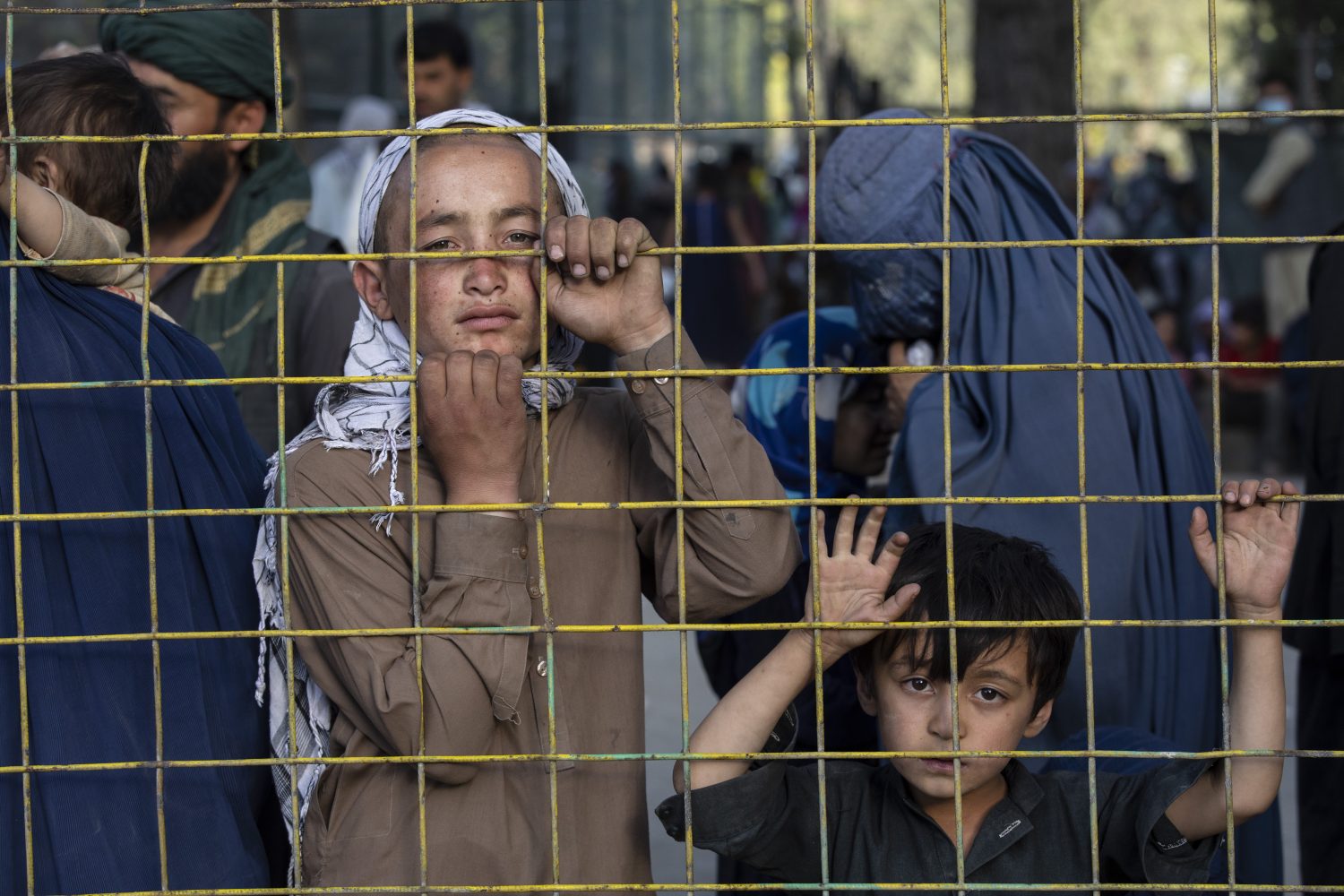 KABUL—Afghans are entering a new stage in their country’s troubled history, with many of them fearing for their lives and their freedoms, as the government of President Ashraf Ghani collapsed Sunday and Taliban fighters entered Kabul and took over the presidential palace.

Women in the capital remained indoors, afraid of what strictures will be forced on them under Taliban rule, while government employees faced possible retribution from the insurgents on a wide scale.

KABUL—Afghans are entering a new stage in their country’s troubled history, with many of them fearing for their lives and their freedoms, as the government of President Ashraf Ghani collapsed Sunday and Taliban fighters entered Kabul and took over the presidential palace.

Women in the capital remained indoors, afraid of what strictures will be forced on them under Taliban rule, while government employees faced possible retribution from the insurgents on a wide scale.

The Taliban have been seizing power in the country’s main cities for weeks, but the collapse of the government in Kabul happened much more quickly than anyone anticipated—after two decades of U.S. war-making and nation-building in the country, trillions of dollars spent on aid and military support, and tens of thousands of lives lost.

Kabul’s airport was closed for most of the day, after reports of gunfire in its vicinity and fears that the Taliban would launch attacks to prevent people from leaving. It reopened at 6 p.m., and commercial flights resumed amid heightened panic and clamor for tickets to depart the country.

U.S. helicopters shuttled embassy employees to the military sector of the airport so they could board emergency evacuation flights. The vast majority of Afghanistan’s population is under 35 years of age—which means most people have had U.S. troops in their midst for the entirety of their adult lives.

The British Embassy relocated to the airport. The so-called “green zone” embassy district is quiet, as most diplomatic personnel have already left the county. Nongovernmental organizations have been evacuating international staff over recent days, and many of those remaining are hoping to get seats on emergency flights out of the country.

C-130 aircraft and Black Hawk and Chinook helicopters could be seen lined up on the tarmac at the airport. American soldiers gathered in groups near the perimeter. U.S. helicopter patrols over the city have resumed in recent days, after a brief hiatus following the closure of Bagram Air Base, 50 miles outside Kabul, which had been the hub of the U.S. war effort in Afghanistan.

Photographs circulated on social media of Black Hawks hovering above the U.S. Embassy, providing a “Saigon moment” for the ignominious end to America’s two-decade-long presence in Afghanistan. U.S. Secretary of State Antony Blinken pushed back against the comparison.

U.S. President Joe Biden had sent 5,000 troops in to evacuate U.S. citizens ahead of the Aug. 31 deadline for the complete drawdown of troops. The United States led an invasion of Afghanistan in 2001 as retribution for the Taliban harboring al Qaeda as it planned and carried out the 9/11 attacks.

The departure of Ghani and his national security advisor, Hamdullah Mohib, came a day after people working in the presidential palace complex in central Kabul described it as a ghost town as senior officials cleared their offices and prepared to leave the country.

News of Ghani’s departure was announced on Facebook by Abdullah Abdullah, his former deputy and current head of the High Council for National Reconciliation, leading the republic’s delegation to peace talks with the Taliban in Doha, Qatar. The negotiations had been brokered by former U.S. President Donald Trump’s administration, which marginalized Ghani’s government and the Afghan people in the talks.

“I ask the international forces to assess security. And I ask the Taliban to stay calm and let the negotiations continue,” Abdullah said in a video, referring to the dialogue that the Afghan government and the Taliban have engaged in, without any progress, for almost a year.

“I say all this as a citizen of Afghanistan and the head of the High Council for National Reconciliation. The former president of Afghanistan has left the nation in a bad situation,” he said of Ghani. “God help you all.” Reuters reported that Ghani had gone to Tajikistan, apparently after first taking refuge in the U.S. Embassy.

Afghan Defense Minister Bismillah Khan Mohammadi was scathing in his condemnation of Ghani, using social media to deride him and “his gang” for “selling out the country.”

Ghani had issued a video statement on Saturday—widely expected to be his resignation in the face of widespread calls for him to accept responsibility for the military rout of the country. But he simply said he was beefing up security forces and called for calm. It had the opposite effect, compounding the confusion and uncertainty among Kabul’s residents as people continued to flood into the capital to flee Taliban violence elsewhere.

Displaced people have been camping out in public spaces, including city parks. Traffic is gridlocked most of the day. Food and fuel prices are rising, ATMs are running out of cash, and civic unrest is expected as frustration and fear spill over into violence.

On Saturday evening, the capital’s main prison, Pul-i-Charkhi, was the scene of a riot, an attempt by the Taliban to break out imprisoned fighters, as has happened in other cities that they have overrun. The riot had been widely expected, after voicemail messages were circulated as warning. Many observers took it as a signal that Kabul was the next Taliban target for takeover.

Other cities have fallen to the Taliban without any resistance from the national armed forces. The fall on Saturday of Mazar-e-Sharif, the main city in Afghanistan’s north, and a few hours later of Jalalabad, in the east, was a clear sign that Kabul was surrounded and vulnerable.

The capital’s security checkpoints—the so-called Ring of Steel—were nowhere to be seen early Sunday. As in many of the provincial capitals that fell to the insurgents in the past week, no shots were fired for the Taliban victory. The insurgent leadership said early in the day their gunmen would not enter the city. Not long after, armed militants were pictured in the city’s center.

A source close to the Taliban leadership said Mullah Abdul Ghani Baradar, a co-founder of the group who has led its delegation to the Doha peace talks, was expected to arrive in Kabul on Monday.

The Taliban have refused to accept the republic’s constitution, which guarantees freedoms including women’s rights, and many Afghans worry that the insurgents will insist on the reintroduction of sharia, or Islamic law.

“Just trying to get out,” one Afghan government worker said. “All I can do is work on it, but who knows if anyone will be able to leave or just be forced here to wait for their own death.”