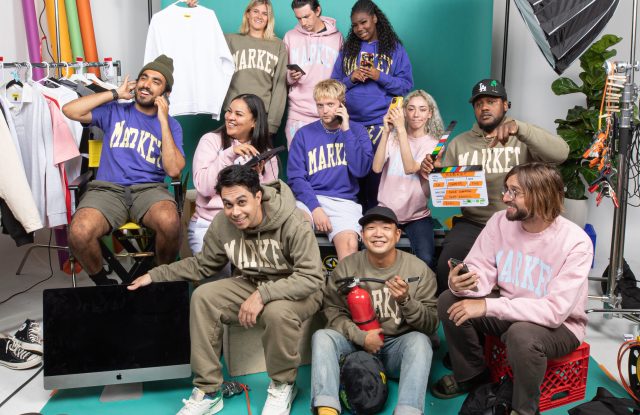 Chinatown Market is embarking on a new brand identity, changing its name to Market, stylized as MA®KET.

The Los Angeles-based streetwear brand founded by New York City native Mike Cherman announced in March it would change its name and issued a statement proclaiming that it should have been done sooner as the company “did not consider what this name would mean to the communities in Chinatowns across the world.”

After months of searching and legal processes, the brand landed on the name Market for its continued journey.

“We look at this less as a rebrand and more about leaning into who we’ve always been,” said Cherman, who also serves as creative director. “We’ve had conversations internally about who we are as a brand. We always come back to the same thing, and that’s the market — and we recognized it was a name we need to own.”

To promote its new name, Market will create three capsule collections that will launch online before hitting stores. They will be reminiscent of the brand’s offering and will feature details such as a classic arch typeface in the Market Arc Capsule and signature brand motifs like the yellow smiley face.

One collection, the Market Globe Capsule, puts a globe on the brand’s signature smiley face and include phrases such as “world peace.” Another, named the Anniversary Graphics Capsule, consists of pieces each member of the Market team has designed themselves and include custom garage jackets and sweatpants as a “platform for everyone to showcase their creativity,” Cherman said.

Market will also be launching a varsity jacket for select friends of the brand and has collaborations on the way over the next six to 12 months, including one with Tommy Hilfiger.

Cherman, who believes fashion no longer lives on the streets but online, created a Discord channel for its community to interact, make graphics and memes about the brand and Cherman himself.

“We’re not here to sell T-shirts. It’s about building a community,” he said. “It’s also in how we produce content and make people feel like they’re our friend. Giving kids content and fun stuff to engage with.” 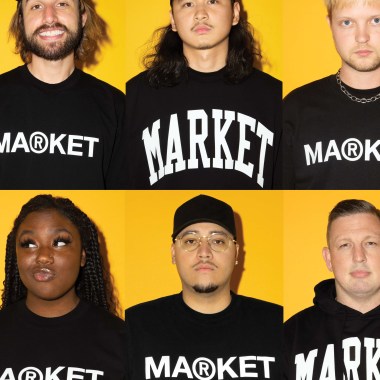 The name Chinatown Market was called into question in March 2021 after gunman Robert Aaron Long murdered eight people, including six Asian women, in Atlanta. The murders brought media attention to an undercurrent of racism against Asians in the U.S., which was further amplified in 2020 when COVID-19 was called the “China Virus” and “Kung Flu,” among other names.

Julian Han Bush started a Change.org petition demanding a rebrand and Diet Prada followed suit posting on its Instagram page how the brand should change its name.

Cherman said the brand was in the process of changing its name before the Diet Prada post adding, “In retrospect, I’m proud that we were able to do this and everyone can learn from this. This happens from those hard conversations.

“It was something that needed to change,” he continued. “Retailers knew we were making the right steps and we’ve been in communication with them as we transition.”

In March, the brand announced it would donate all proceeds from sales from its remaining Chinatown Market product to nonprofit organizations working within the Asian American Pacific Islander community.

“The last several months have been really incredible,” Cherman said. “We’ve worked with so many great individuals and organizations and we’re excited to continue finding new ways to support their work, like artist collaborations that I know our community will love.”