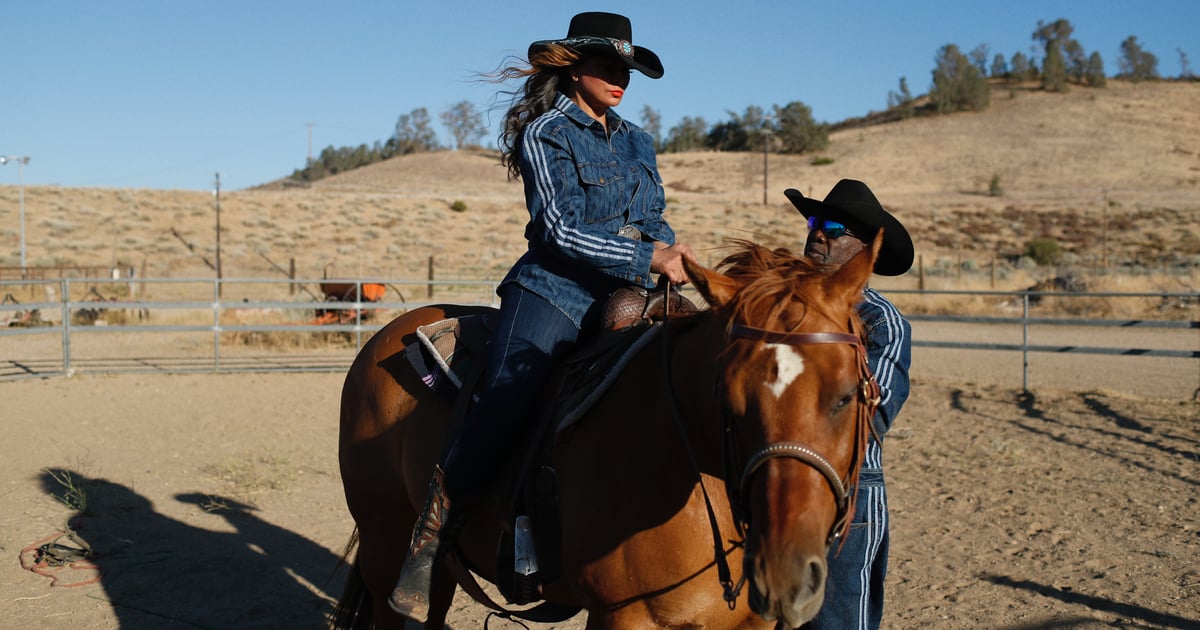 Beyoncé’s new Ivy Park Rodeo collection for Adidas, which includes childrenswear for the first time, comes with a campaign that’s truly a family affair. Aside from celebrity appearances, such as Glynn Turman, who actually made his ranch available for the shoot, Beyoncé included all three of her children — oh, and her mom Tina Knowles-Lawson, who shared some behind-the-scenes footage from set. “At the ranch on a cow . . . a mechanical cow,” Tina said in one video, showing off the cowboy hat she was styled in.

She also posted some background info about what went into setting the scene to capture the Ivy Park lookbook: “That’s me on a horse for the first time in about 25 years. Some people have been saying “I thought that was Beyonce”. I am in my IVY PARK and my cowboy boots my cowboy hat and I’m on my good friends Glynn and Jo Ann Turman’s ranch. We Had so much fun doing the shoot for IVY PARK! Love it❤️❤️,” she wrote in her caption.

Sure enough, Beyoncé is dressed in the same denim top with Adidas’s signature stripes and the Ivy Park logo in a different shot, and the mother-daughter duo’s indistinguishable glow is undeniable. Yep, both Bey and her mama wear the new line well! Read on to see what we mean, then rewatch the video that’s psyching everyone up for the 58-piece drop on Aug. 19.