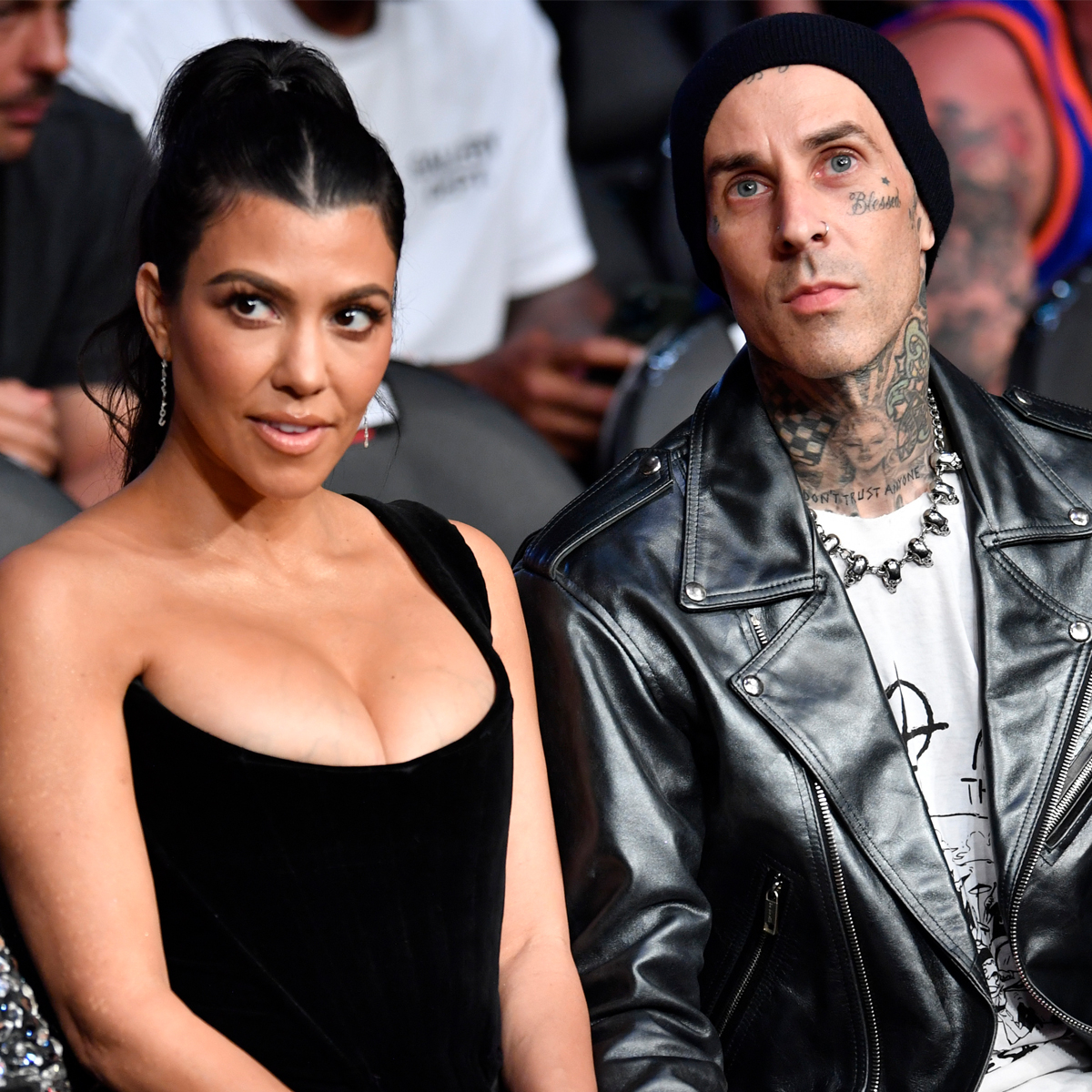 Un a Men’s Health interview published in June, Travis talked about his PTSD from the 2008 crash, saying that if he “saw a plane [in the sky],” he “was determined it was going to crash.” He also expressed hope of flying again.

Travis, father to son Landon, 17, and Alabama, 15, and who also helped raise stepdaughter Atiana De La Hoya, 22, also told the outlet, “If I do it, and the angels above help me in my travels and keep me safe, I would like to come back and [tell my children], ‘Hey, I just flew here, and then I flew home. And everything was fine.’ I have to tell them, because I almost left them.”

Earlier this year, Kourtney helped Travis conquer another longtime fear: Heights. The two went on a trip to Utah, where they crossed a suspension bridge across one of the canyons. Travis shared a video of their trek, during he paused to tell Kourtney, “I love you.”