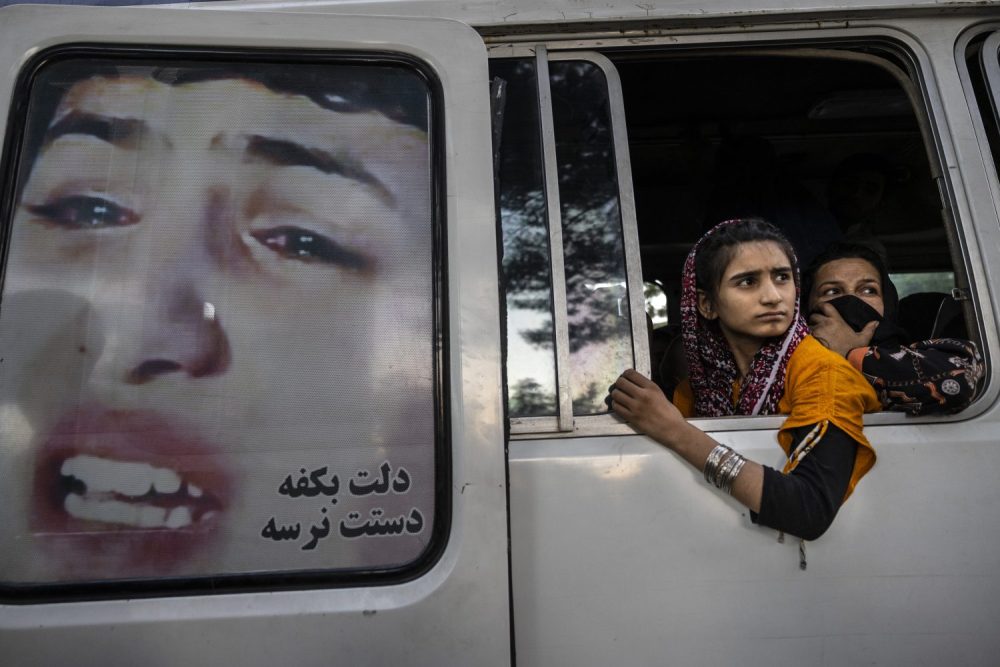 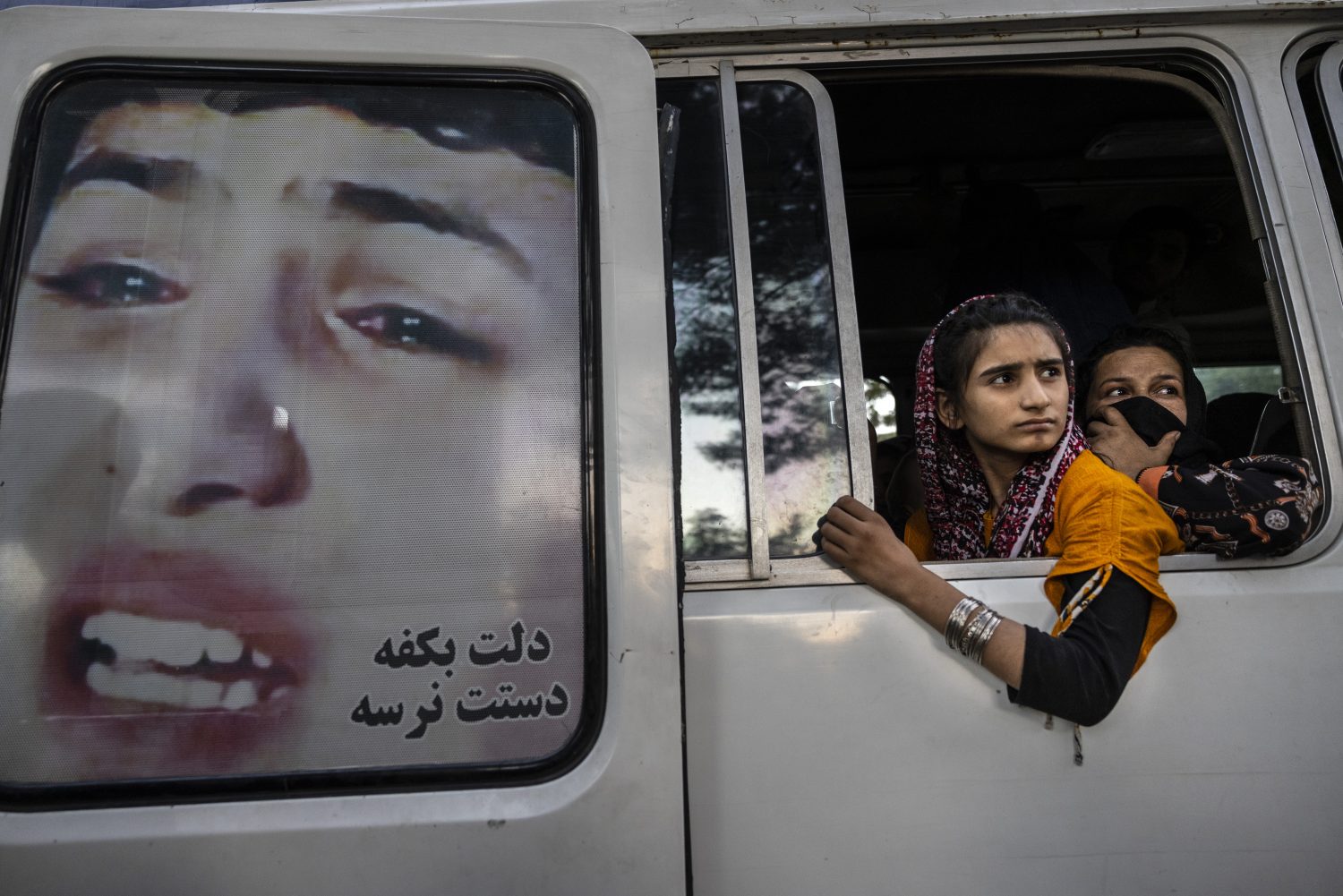 The Afghan government effectively collapsed on Sunday as President Ashraf Ghani fled the country and Taliban fighters entered the capital, Kabul, with commanders of the group claiming to have seized the presidential palace.

U.S. officials scrambled to evacuate the country’s embassy in the capital, deploying thousands of troops amid a blistering advance by the Taliban, which seized more than a dozen provincial capitals over the past week.

The Afghan government effectively collapsed on Sunday as President Ashraf Ghani fled the country and Taliban fighters entered the capital, Kabul, with commanders of the group claiming to have seized the presidential palace.

U.S. officials scrambled to evacuate the country’s embassy in the capital, deploying thousands of troops amid a blistering advance by the Taliban, which seized more than a dozen provincial capitals over the past week.

The stunning fall of the government caught top Biden administration leaders almost completely by surprise, multiple current and former U.S. officials told Foreign Policy, after two decades of U.S. nation-building in the country and $2 trillion in aid and military investment.

Current and former U.S. officials, many of whom served multiple tours in Afghanistan, describe the mood inside the State Department as despondent and demoralized. Some broke down in tears during interviews. Diplomats at the U.S. Embassy in Kabul were reportedly ordered to destroy sensitive documents and evacuate by helicopter and armored transports to Kabul’s airport.

Only a month ago, U.S. President Joe Biden insisted there would be no parallels between Afghanistan and the American defeat in Vietnam—which the United States fled in 1975 after years of fighting. “There’s going to be no circumstance where you see people being lifted off the roof of an embassy … of the United States from Afghanistan,” Biden insisted in July. “It is not at all comparable.”

A skeleton crew of U.S. diplomats will remain in place—for now—at the airport in Kabul. Other U.S. allies that participated in the NATO mission in Afghanistan since the 9/11 attacks, including Canada, Denmark, and Norway, announced they would suspend their embassies’ operations and staff would leave the country. The British ambassador is expected to evacuate by Monday, the Telegraph reported.

“I really think that the president has made a decision that will be a terrible dark blot on his record,” said Hugo Llorens, who served as the top U.S. diplomat at the embassy in Kabul in 2016-17. “There was no need to be precipitous on this. He could have paused a little bit and taken six months and taken a close look at it.”

Taliban negotiators are reportedly meeting with Afghan national government counterparts in Doha, Qatar, to discuss talks for a transitional government and transfer of power. Experts and former U.S. officials said any agreement is likely to give the Taliban sweeping control over a new government, given the leverage they have gained in their lightning-fast offensive.

Beyond that, U.S. diplomats and aid officials said they have begun bracing for the knock-on effects from a full Taliban takeover of the country. This includes a brewing refugee and humanitarian crisis as Afghans try to flee from the extremist group, atrocities against Afghan civilians by Taliban fighters, and a full-scale reversal of gains in women’s and girls’ rights that have been made over the past 20 years.

“We’re looking at a potential humanitarian catastrophe,” Lisa Curtis, who served as the top National Security Council aide for South and Central Asia under the Trump administration, told Foreign Policy in a recent interview. “If you look at what the Taliban did in Kunduz when they took over that city briefly in 2015 and 2016, the first thing they did was go after women who work for [nongovernmental organizations]. They targeted them for killing.”

Other diplomats have voiced similar fears about the fate of Afghan women under Taliban control. “One of my contacts said that she thinks a lot of women will be executed within a month once Kabul is taken,” said one State Department official, speaking on condition of anonymity. “Especially the ones that were working in the government and that they know were attached to not only the U.S. but other Western countries.”

Biden’s top diplomat, Secretary of State Antony Blinken, confirmed in an interview with NBC’s Meet the Press on Sunday that the U.S. Embassy was being relocated to the Kabul airport and that only a “core diplomatic presence” would remain in the country.

A total of 5,000 U.S. troops have been deployed to aid in the evacuation of American officials and Afghans who assisted the U.S. government, Biden said in a statement on Saturday. This includes 1,000 troops from the 82nd Airborne Division. Biden said his administration warned the Taliban any move that would put at risk U.S. personnel “will be met with a swift and strong U.S. military response.”

Meanwhile, Blinken sought to deflect blame from the Biden administration for the current situation. “The inability of Afghan security forces to defend their country has played a very powerful role in what we’ve seen over the last few weeks,” Blinken told Meet the Press. “The international community invested over 20 years, billions of dollars in these forces, 300,000 of them—with an air force, something the Taliban didn’t have—with the most modern, sophisticated equipment,” he added. “And unfortunately, tragically, they have not been able to defend the country.”

He also said former President Donald Trump’s administration is partly to blame. “We inherited a deadline, negotiated by the previous administration,” he said. “If the president had decided to stay, all gloves would have been off. We would have been back at war with the Taliban attacking our forces. The offensive you have seen throughout the country almost certainly would have proceeded. … And I would be on your show right now explaining why we were sending tens of thousands of forces back into Afghanistan to restart a war that we need to end.”

The stunning Taliban advance is fueling questions about how the Biden administration underestimated the speed in which the Afghan government could collapse. In June, Blinken said, “I wouldn’t necessarily equate the departure of our forces in July and August or by early September with some kind of immediate deterioration in the situation.” On Aug. 10, the Washington Post reported that U.S. intelligence officials, who had previously warned that Kabul could fall to the Taliban within six to 12 months of the U.S. withdrawal, had significantly revised their estimates to suggest that collapse could come within 90 days.

U.S. lawmakers have raised concerns that a Taliban-controlled Afghanistan could once again become a safe haven for terrorist groups like al Qaeda. “We are going to go back … to a pre-9/11 state—a breeding ground for terrorism,” Rep. Michael McCaul, the top Republican on the House Foreign Affairs Committee, told CNN in an interview. “I hope we don’t have to go back there. But it will be a threat to the homeland in a matter of time.”

McCaul said Biden shoulders all of the blame for the current crisis. “Once he made the decision, he could have done certain things. He could have planned for it. He could have had a strategy for this,” he said. “Instead … there is still no strategy other than race to the airport and evacuate as many people as you can.”