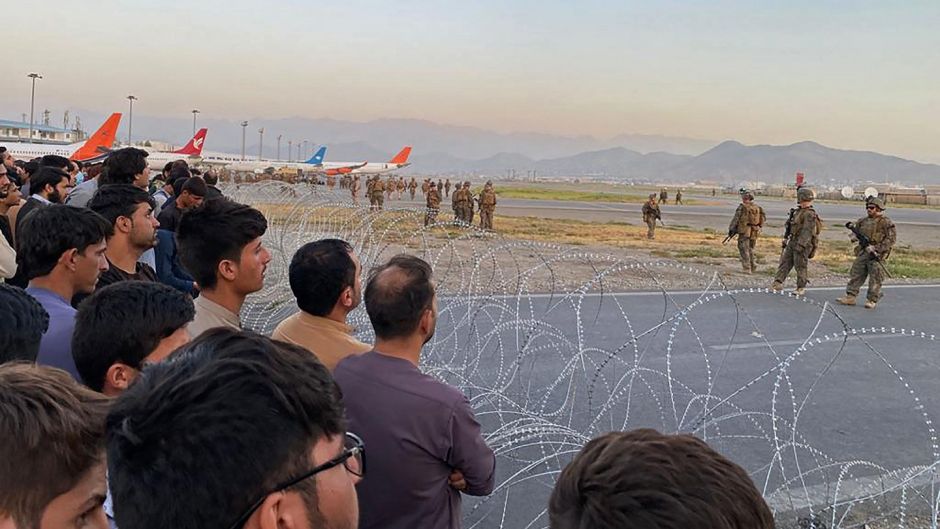 Minister for Foreign Affairs Simon Coveney has said that his department is working on plans to get 15 Irish nationals out of Afghanistan.

Speaking on Monday, Mr Coveney said that there were 23 Irish nationals – some with dual nationality – in Afghanistan, 15 of whom wanted to leave.

Most had been booked on commercial flights, but all commercial flights into and out of Kabul airport have been halted so efforts were now being made to coordinate with other EU countries, the US and the UK to try to find routes out for the Irish nationals.

Mr Coveney, who appeared on both Newstalk Breakfast and RTÉ’s Morning Ireland, also said that Ireland had agreed to waive visas for 45 citizens escaping Afghanistan, some of whom were already in Pakistan.

Ireland has also agreed to take another 100 to 150 refugees, he added. “We will be prioritising human rights workers, media workers and women and girls, the vulnerable.”

The Minister said he suspected that Ireland would have to do more. “Those numbers are very small.”

The UN Security Council, of which Ireland is a member, will meet in an emergency session in New York on Monday at 10am local time, said Mr Coveney. The focus will be humanitarian, to secure a safe exit for foreign nationals and as many Afghans who worked with them. “It’s about managing a chaotic situation.”

There would be hundreds of thousands , possibly even millions of people who would flee to neighbouring countries and the UN would have to support them, he said.

“This is a foreign policy catastrophe, the likes of which hasn’t been seen in decades.”