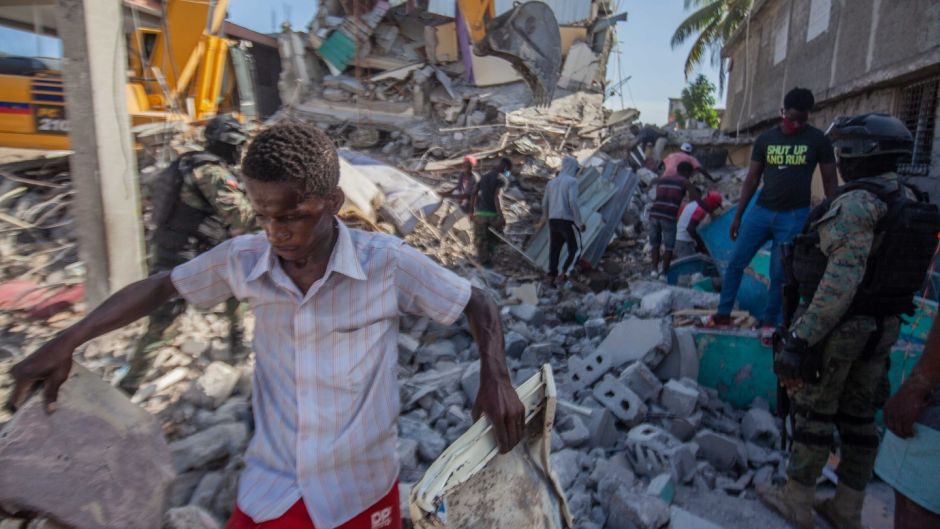 The death toll from the magnitude 7.2 earthquake that battered Haiti has risen to at least 1,297 as rescuers race to find survivors amid the rubble ahead of a potential deluge from an approaching storm.

Saturday’s earthquake also left at least 5,700 people injured in the Caribbean nation, with thousands more displaced from their destroyed or damaged homes.

Survivors in some areas are sheltering in streets or soccer fields with their few salvaged belongings while overloaded hospitals scramble to help those who were injured.

The devastation could soon worsen with the coming of Tropical Depression Grace, which is predicted to reach Haiti on Monday night and could bring heavy rain, flooding and landslides.

The earthquake struck the south-western part of the hemisphere’s poorest nation, almost razing some towns and triggering landslides that hampered rescue efforts in a country already struggling with the coronavirus pandemic, a presidential assassination and a wave of gang violence.

The epicentre was about 78 miles west of the capital of Port-au-Prince, the US Geological Survey said, and aftershocks continued to jolt the area on Sunday.–PA