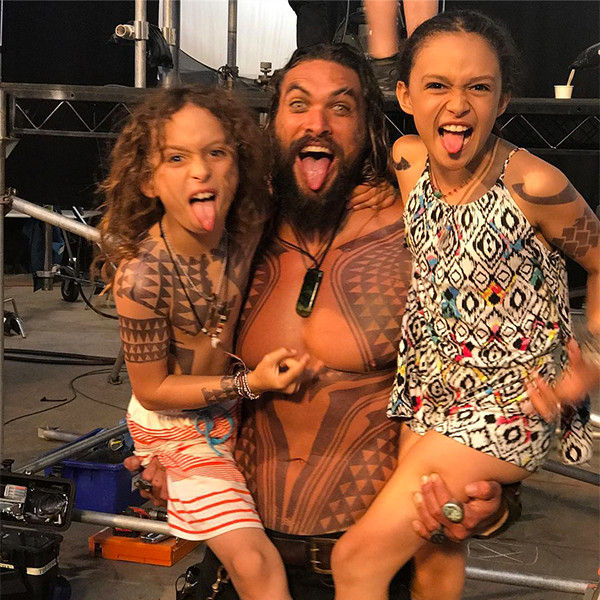 Jason Momoa is fine if his children keep standing in the darkness and are afraid to step into the light.

The 42-year-old Conan the Barbarian star visited the Australian radio show Fitzy and Wippa for an appearance taped on Saturday, Aug. 14. During the episode, host Wippa asked the performer to recall a moment involving his biggest fans, and Jason said that would be his kids, Lola, 14, and Nakoa-Wolf, 12, who he shares with wife Lisa Bonet.

“They’re gonna see a lot things that Papa’s been doing,” the actor said about such current films as Sweet Girl and Dune. He then added, “The earlier things in my career, you can’t see that. But you can see the new things.”

This led Wippa to ask about “the feedback” Jason has gotten from his kids about his starring role on Baywatch: Hawaii, the final two Hawaii-set seasons of the popular syndicated series about lifeguards that also featured David Hasselhoff. Those seasons ran from 1999 to 2001.

“We don’t say the B-word here at home,” Jason quipped. “We hide all of that, mate. It never happened, right?” After the host laughed and said the show should be “celebrated,” Jason continued, “We don’t talk about those words. B-word never happened.”