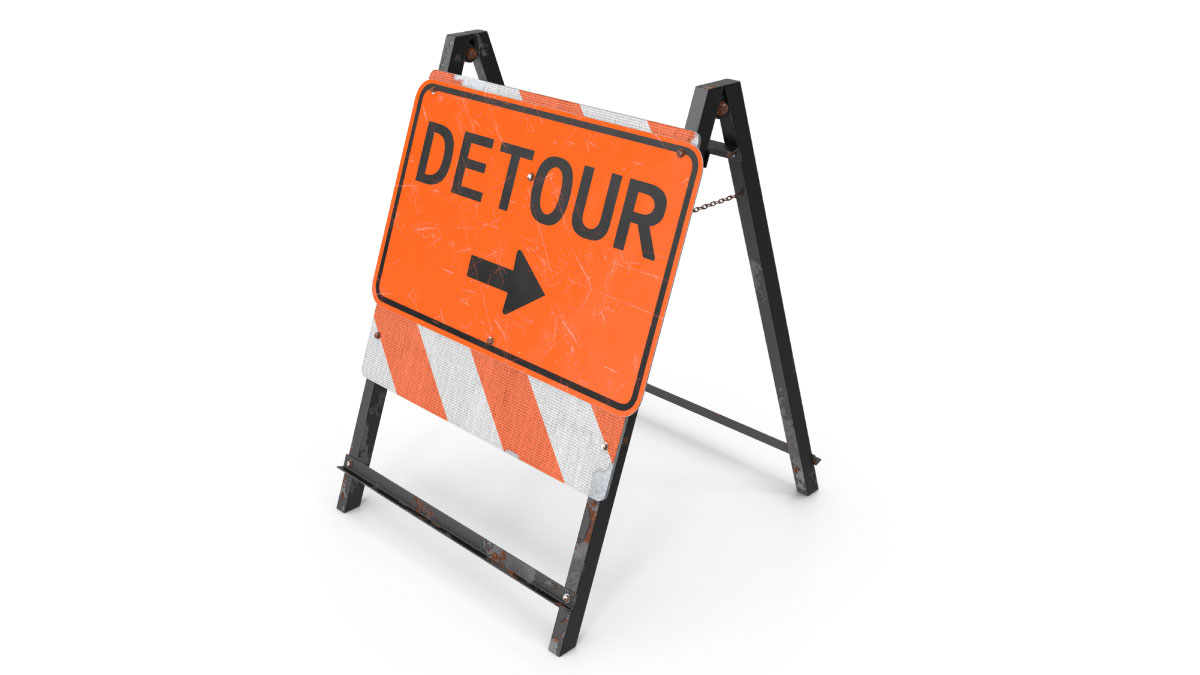 For almost four months the machine sat in the driveway, behind a screened fence, waiting to be used.

The machine, of which we in the R-1 zones now know all too well, is a “front loader”, a machine capable of some heavy digging and not too well-suited for the narrow confines of a small residential lot in the west side of West Hollywood.

Its yellow boom protruded beyond the roof of the small house we neighbors had always called “Edna’s house”, named for the previous owner and final resident there.

Ooops. Forgot – not a “final” resident for at one time during the property’s long emptiness, a squatter had taken up residence, even putting up curtains and maintaining the minor flora about the place.

He had also changed the locks so that the current owner who lives at some distance, could not open the doors for the sheriff who had been called by concerned neighbors. Eventually, that person was allowed to remain for a month, or until he could find other quarters.

The front yard, well-screened by a hedge, had supported several homeless folks, all later rousted by the cops.

During its period of lack of occupation, a number of people appeared and removed some of the more desirable features of the bungalow which had been built in 1927. Doors and windows made of wood seldom available today and the hardware associated with those items were the first to go.

Since I did not keep track of the activity, I cannot say what else was taken. The owner had apparently given keys to the people removing items. To have salvaged such things is not really common these days. Our “throwaway” culture seldom considers the value of things nearly one hundred years old — which is one reason our “landfills” — dumps — are bursting with debris.

In my own house, for instance, like many of the older dwellings in WEHO, the wooden frame is composed of members the construction trade calls “full dimensioned”. That means that a 4X4 actually measured those dimensions and had not been planed smooth to a lesser dimension which is the rule today. The surface of those members are fuzzy with the surface left by the sawmill and a nail cannot be driven directly into them. They are so tough after all those years that holes must be drilled in order to start a nail – although I use only screws these days.

Two weeks ago the front loader came back to life with a roar and a blast of black diesel smoke. For two days it labored until the lot – 145’X45” – was scraped clean and every remnant of Edna’s house was deposited into several large dirt hauling trucks. Peering over the screen finds one staring at a rectangular cavity and wondering why a dwelling in this end of the city needs such a depth. Parking? That might mean a building similar to others on the street, boxy and lacking any really distinctive features, will be erected there – from lot line to lot line despite setback rules. What?

Well, it’s been done before. Edna’s house was the last of the bungalows built for workers of the railroad which had a terminus where the Pacific Design Center now resides. They were small by today’s standards but, I think, that “small” will come back into fashion as global events reduce resources and cities become more attractive places to live for thos who are called The Middle Class. (Please define that for me, once again.)

The small buildings were perfect on our narrow streets in a day when people walked more than drove to local shops and restaurants. Even when my boys were teenagers we were able to go out on the street and toss a football around. Cars were not a threat then because there were so few passing by.

Thus, we who live on this block ask each other: What’s next? Demolition of older houses and construction of newer dwellings has been a constant for at least eight years as younger folk – and with more disposable income – are finding that WEHO is a pretty good place to live and, possibly, to do business.

All the movie production people who called the area home (before cityhood, of course) have long been replaced. Well-known and not so well-known actors lived all around us and we knew each other well-enough to chat with at the Safeway or at Anawalt, or at the drycleaners. Was an odd community back then, but pleasant.

What is now known as the LGBTQ community. Was well-represented in a day when the word “queer” was more of a pejorative. My boys were once the only kids we’d see on any day. All four worked after school at Eddie Blake’s Tail O The Pup hot dog stand which once graces a portion of the Cedar’s parking lot. That’s been gone for several years.

Change is necessary and if monitored is good for any community. I don’t much care for the newer, boxy houses appearing in the western side of town. They somehow lack a comfortable look. But they are the next stage in development, I guess. Moreover, I won’t be around after the next decade (I’m hoping to hit 100) to observe and comment. But, I bet someone else will be.

One last remark: I wondered how these large, heavy trucks and equipment, some weighing a total of 125,000 pounds, could come sailing down the block past signs noting that the street load limit was 6000 pounds. An answer I got from a person at City Hall a few years ago was – Well, they have a permit.” Municipal logic.