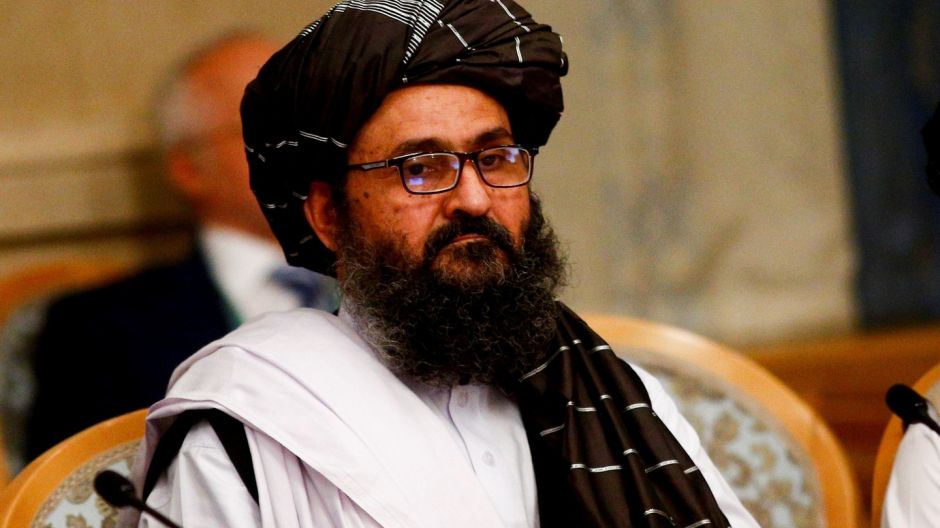 Abdul Ghani Baradar, the Taliban leader freed from a Pakistani jail on the request of the US less than three years ago, has emerged as an undisputed victor of the 20-year war.

While Haibatullah Akhundzada is the Taliban’s overall leader, Baradar is its political chief and its most public face. He was said to be on his way from his office in Doha to Kabul on Sunday evening. In a televised statement on the fall of Kabul, he said the Taliban’s real test was only just beginning and that they had to serve the nation.

Baradar’s return to power embodies Afghanistan’s inability to escape the bloody shackles of its past. The story of his adult life is the story of the country’s unceasing, pitiless conflict.

Born in Uruzgan province in 1968, he fought in the Afghan mujahideen against the Soviets in the 1980s. After the Russians were driven out in 1989 and the country fell into civil war between rival warlords, Baradar set up a madrassa in Kandahar with his former commander and reputed brother in law, Mohammad Omar. Together, the two mullahs founded the Taliban, a movement spearheaded by young Islamic scholars dedicated to the religious purification of the country and the creation of an emirate.

Fuelled by religious fervour, widespread hatred of the warlords and substantial support from Pakistan’s Inter-Services Intelligence (ISI) agency, the Taliban swept to power in 1996 after a series of stunning conquests of provincial capitals that took the world by surprise, just as the movement has done in recent weeks. Baradar, Mullah Omar’s deputy who was widely believed to be a highly effective strategist, was a key architect of those victories.

Baradar played a succession of military and administrative roles in the five-year Taliban regime, and by the time it was ousted by the US and its Afghan allies, he was deputy minister of defence.

During the Taliban’s 20-year exile, Baradar had the reputation of being a potent military leader and a subtle political operator. Western diplomats came to view him as on the wing of the Quetta Shura – the Taliban’s regrouped leadership in exile – that was most resistant to ISI control, and most amenable to political contacts with Kabul.

The Obama administration, however, was more fearful of his military expertise than it was hopeful about his supposedly moderate leanings. The CIA tracked him down to Karachi in 2010 and in February of that year persuaded ISI to arrest him.

“The capture of Baradar was predominantly instigated because of his role in the war rather than because of the likelihood that he was going to suddenly make peace,” a former official said. “The fact is, the Pakistanis held on to him all those years in large part because the United States asked them to.”

In 2018, however, Washington’s attitude changed and Donald Trump’s Afghan envoy, Zalmay Khalilzad, asked the Pakistanis to release Baradar so he could lead negotiations in Qatar, based on the belief that he would settle for a power-sharing arrangement. “I had never seen any real substantiation of that point, but it just took on a kind of mythic idea,” the former official said.

Baradar signed the Doha agreement with the US in February 2020, in what the Trump administration hailed as a breakthrough towards peace but which now appears a mere staging post towards total Taliban victory.

The US and Taliban agreement not to fight each other was supposed to be followed by power-sharing talks between the Taliban and the Kabul government of Ashraf Ghani. Those talks stumbled along with little progress, and it is clear now that Baradar and the Taliban were playing for time, waiting for the Americans to leave and preparing a final offensive. Baradar’s life has taught him patience and confidence in ultimate victory. – Guardian