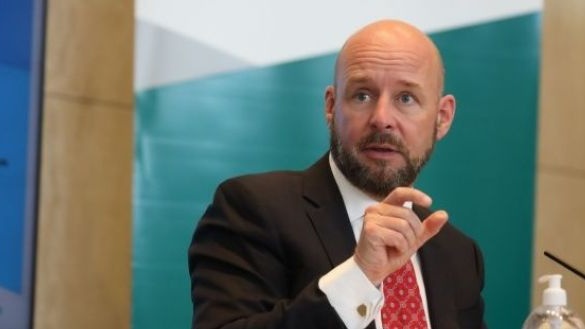 A further 1,459 confirmed cases of Covid-19 have been reported on Sunday afternoon.

As of 8am, 296 coronavirus patients wee hospitalised, of which 65 were in ICU.

Earlier, a prominent member of the National Public Health Emergency Team (Nphet) has described as “untrue nonsense” a theory that there is a “policy” to allow children be infected with Covid-19 in order to build immunity.

Prof Phillip Nolan, who is also President of Maynooth University, published a series of tweets on the topic on Sunday.

“The idea that there is some secret ‘policy’ to allow children become infected and build immunity is untrue nonsense. We have had just over 30,000 cases in a population of about 570,000 5-12-yearolds,” he said.

“Even if this is an underestimate of the numbers previously infected, at current infection rates (2,000-2,500 per week) it would take 3-5 years for all existing children to become infected.

“If force of infection declines as most of those 12 and older are vaccinated, infection rates in those aged under 12 will also decrease, and birth rates (1000 per week) will compete with infection rates to keep the proportion of children with natural immunity low,” he continued.

“The current policy is to balance the low risk of transmission in the school setting against the benefits of continuing in-person education. We have time to consider the risks, opportunity costs and benefits of vaccinating children.”

Monday will see an end to contact tracing of asymptomatic cases in the classroom.

Under the changes, children under 13 who are close contacts of confirmed coronavirus cases in schools or childcare will no longer be required to self-isolate from September 27th if they are symptom-free.

The changes will not be applied to children who attend special schools.

The move comes after thousands of children were out of school, after they were told to self-isolate or restrict their movements due to being exposed to the virus.

Meanwhile, Trinity College immunologist Prof Luke O’Neill has questioned changes to contract tracing in primary schools, saying that a “clear explanation” for this decision has not been given.

“We should keep up with the contact tracing…I would like a clearer explanation as to why we are not, it’s a very good weapon to use, and it would certainly reassure teachers,” said Prof O’Neill.

“For the next month or two, certainly until the end of winter, we should be using every weapon we have.”

Speaking on Brendan O’Connor on RTÉ Radio One, Prof O’Neill said he thought children should self-isolate if exposed to the virus.

Prof O’Neill said that while antigen tests are not as accurate as PCR tests, this can be explained to people, and the antigen tests should be used in conjunction with PCR testing.

Prof O’Neill said it was “wise” to not vaccinate the under 12s just yet.

He said that while schools pose a risk, if the majority of adults are vaccinated the chance of children getting infected is lower.

“If they do get infected it will be a mild, benign disease in the vast majority…a tiny minority of course do get really sick.”

Prof O’Neill added that it would be wrong to vaccinate children while more vulnerable people in other countries have not received a first dose. “It’s unethical, we could have saved loads of lives in developing countries.”

Prof O’Neill added that he recently attended a conference with other immunologists in Munich, Germany.

He said that at the conference, there was a sense that we were emerging from the pandemic. “There was a lot of talk of next spring as a key turning point, by then we should have 85 per cent of people either vaccinated or infected, and that means they are protected.

“That means the virus will have gone endemic, and if you do catch it, symptoms will be like the common cold.”

Prof O’Neill said this was a reasonable assertion, but it is still unknown what exactly will happen.