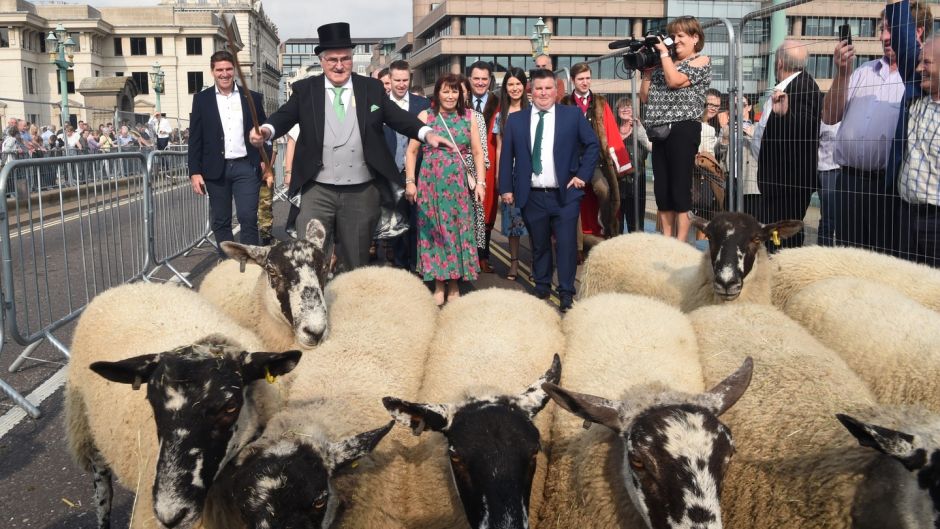 A Kerryman who emigrated to London half a century ago enjoyed the ancient rite of a “freeman” of the city on Sunday by walking sheep across Southwark Bridge.

Leaving Ireland aged 16 with what he said was £10 in his pocket, Danny Tim O’Sullivan, from Gleesk in Kells, Co Kerry, worked his way up through the construction industry, eventually founding the Danny Sullivan Group now led by his son, Timothy.

Mr O’Sullivan received the freedom of the city of London in 2019, a title that can be given following a successful application to the local council or via an honorary award.

The sheep-walk that Mr O’Sullivan participated in is an annual tradition for “freemen” of the city – a category that includes women who hold the title.

In medieval times, farmers drove their sheep across bridges spanning the river Thames and into the city to sell them at markets. The tradition was revived in 2013 by the Worshipful Company of Woolmen, and a sheep drive now takes place annually.

The event usually coincides with a livery fair, where craftsmen and farmers can sell their wares.

All proceeds on the day go to the Woolmen’s Company Charitable Trust and the Lord Mayor’s Appeal, which aim to alleviate societal problems in London.

Last year’s event was postponed due to the Covid-19 pandemic and was rescheduled for Sunday.

Mr O’Sullivan said he was glad it took place this year instead, as family members from Ireland were able to travel, and they were joined by friends and family in the UK.

“We are sheep farmers in Ireland so I thought it would be nice for my family,” said Mr O’Sullivan.“They were very proud.”