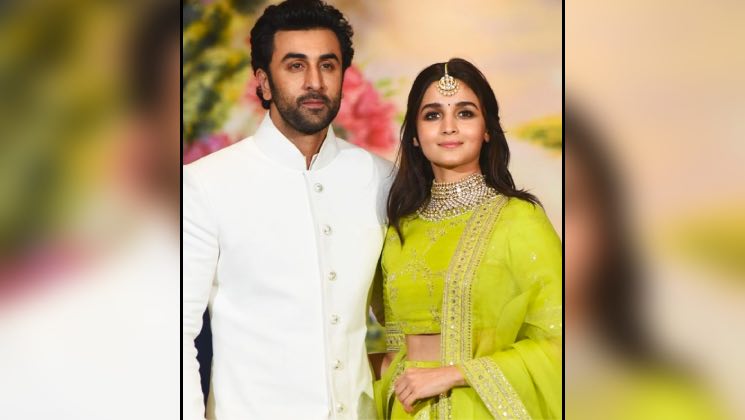 Bollywood’s ‘it’ couple Ranbir Kapoor and Alia Bhatt have been rumoured to tie the knot for the longest time. However, looks like things are moving ahead for the couple as they were spotted together in Jodhpur, Rajasthan earlier today. If the rumours and reports are to be believed, Ranbir Kapoor and Alia Bhatt were scouting for a wedding venue in the city. The couple was spotting walking together outside the airport and we wonder if the most awaited wedding will finally happen this year. Earlier, reports suggested that Ranbir and Alia were eyeing a December wedding.

Ranbir was seen sporting a casual look. He rocked a simple T-shirt with denim and sunglasses accentuating his airport look. Alia too kept it chic in a white top paired with a green and white jacket and denim. The couple twinned in black masks and looked busy as they were papped at the airport. Both Ranbir and Alia have been dating for more than two years now. Alia has been pretty expressive and indulges in PDA sometimes on social media.

On the work front, Alia has an interesting lineup coming up. She will have Gangubai Katiawadi releasing soon. The film is directed by Sanjay Leela Bhansali. She also has RRR which marks her debut in South Indian cinema. Alia also has Raja Aur Rani ki love story with Ranveer Singh and Jee Lee Zara which co-stars Priyanka Chopra and Katrina Kaif as well. Ranbir, on the other hand, has Shamshera releasing soon. He also has Brahmastra which stars Alia Bhatt alongside.