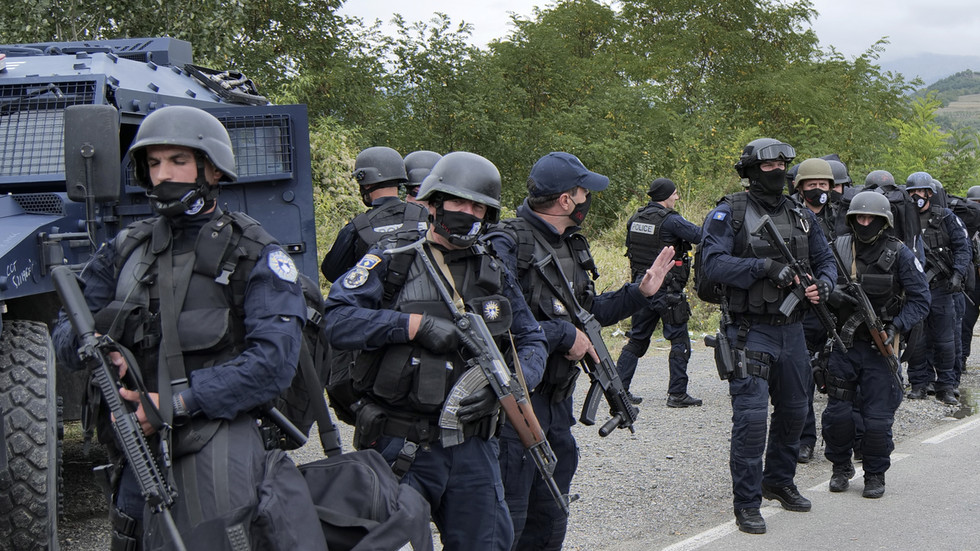 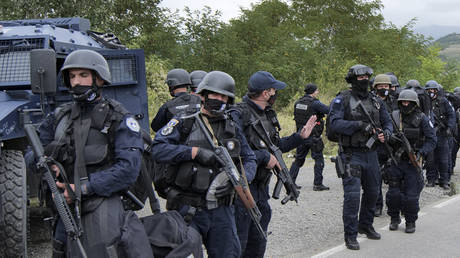 Serbian President Aleksandar Vucic says foreign partners are turning a blind eye to a security crackdown in Serb-majority areas of Kosovo, where the breakaway region’s forces have brought essential cross-border traffic to a halt.

“The complete occupation of northern Kosovo and Metohija with armored vehicles by Pristina has been going on for the past seven days, and everyone in the international community stays thunderously silent,” Vucic said on Sunday, referring to the region by its Serbian name.

The statement refers to the ongoing crisis in northern Kosovo, involving several crossings into inner Serbia, which have been effectively blocked by the partially recognized authorities of Kosovo after the government in Pristina banned cars with Serbian license plates from entering the region.

Also on rt.com
Kosovo’s Albanian police ban Serbian license plates, use tear gas against protesters, as US and EU urge ‘restraint’ on both sides

Accompanied by a ramped-up security presence, Kosovo police proceeded to seize license plates from the locals, saying they had to be replaced by Republic of Kosovo plates. They banned drivers with Serbian plates from entering Kosovo unless they paid a tax and acquired the newly mandated plates before crossing the border, creating kilometers-long traffic jams.

The situation has disrupted food and medication deliveries to local communities, which, despite now living in the breakaway province, are dependent on supplies from inner Serbia. Attempts by ethnic Serbs to protest at border crossings against what they view as Pristina’s occupation and a crackdown on their local autonomy, have been quelled by tear-gas-firing Kosovo police. On Friday, Reuters cited the police as having said that two government offices were attacked in northern Kosovo, and that disgruntled Serbian residents were blocking the roads.

Serbia responded to the situation by deploying tanks and fighter jets right next door, with footage of the armored vehicles rolling in triggering calls for “restraint” from the US and their allies.

Vucic remarked on Sunday that everyone was “suddenly worried” when they saw “Serbian helicopters and planes over the territory of central Serbia because, I guess, they shouldn’t take off until [Kosovo Prime Minister Albin] Kurti or someone from the international community approves.”

Despite cozying up to the US for years, Vucic has had no public support from Washington, and attempts to resolve the situation via NATO have proven similarly fruitless. Speaking by phone to NATO Secretary General Jens Stoltenberg, Vucic stressed that Serbia remained committed to the 2013 EU-brokered agreement that laid the groundwork for the normalization of relations between Belgrade and Pristina. Stoltenberg only urged Vucic and Kurti to take steps towards de-escalation and dialogue.

Russia, which does not recognize Kosovo’s independence from Serbia, said the Pristina authorities were to blame for the escalation of tensions. The Russian ambassador to Belgrade toured the positions of the Serbian military with the country’s defense minister on Sunday, the Russian embassy saying the Serbs had been acting “responsibly” in the circumstances.

Meanwhile, the EU foreign policy head, Josep Borrell, issued a statement urging both the Serbian and Kosovo authorities “to unconditionally de-escalate the situation on the ground by immediately withdrawing special police units and dismantling roadblocks,” and said they must resolve the crisis via “the EU-facilitated dialogue.”

Kosovo unilaterally declared independence from Serbia in 2008, just over a decade after NATO’s ‘humanitarian intervention’ in the Yugoslav conflict, which saw a bloody guerilla campaign, led by ethnic Albanians, met with a military crackdown by then-President Slobodan Milosevic. The US and its allies sided with the guerilla fighters, bombing former Yugoslavia for three months, destroying its military, as well as civilian infrastructure, and NATO-led KFOR peacekeeping force was deployed in Kosovo. An ethnic Albanian rule was eventually established in the province, except for several Serb-majority regions that maintained de-facto autonomy. Despite years of talks, the signing of the 2013 Brussels Agreement, and various suggestions of mutual exchange of territories, the situation remains unresolved, and Serbia does not recognize Kosovo’s independence.