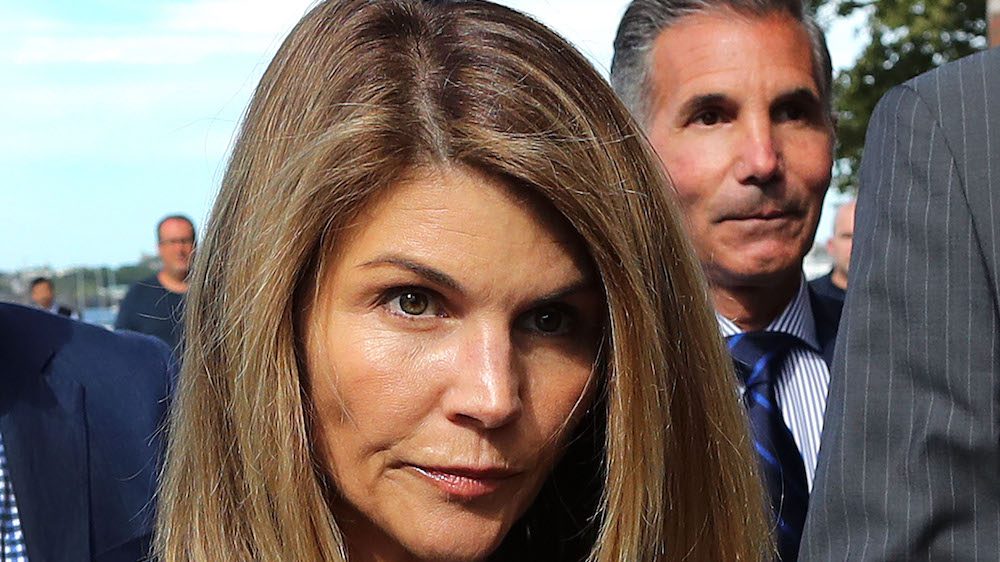 Having served their time for taking part in the infamous college admissions scandal, the celebrity couple Lori Loughlin and Mossimo Giannulli have set their sights on the desert.

The duo recently splurged on a home in La Quinta, CA, and the off-market deal closed for $13 million, according to Dirt.

Their most recent purchase in the upscale desert getaway comes on the heels of several other deals the couple have made in the L.A. area.

While the pair in the past have been known to renovate and flip a luxury home or two, they seem to prefer a turnkey property these days. The desert escape at the exclusive Madison Club, a gated golf community that has been popular with celebs of late, was new when the previous owners bought it.

Alas, as an off-market deal, no photos of their new digs have turned up—yet. But Dirt reported that the spread features 9,400 square feet of living space, five bedrooms, 5.5 bathrooms, and glass walls that open up to extend the living space outside.

About two hours outside Los Angeles, their latest acquisition will surely serve as a family retreat.

A trio of big deals

The desert purchase represents yet another real estate transaction for the busy couple. Before their stints in lockup, Lori and Mossimo had sold their Bel-Air mansion for $18.75 million.

That final sale price was a huge discount on their most recent asking price of $28.65 million. They had initially sought even more for the mansion—it initially came on the market at $35 million in 2017.

After that sale, the couple turned around and snagged a brand-new build in Hidden Hills for $9.5 million. As we reported at the time, the home in Hidden Hills offered a scaled-down start in a secure, celebrity-filled enclave.

Why decamp to the desert?

Now, with a third deal, the couple has grabbed a slice of peace and quiet in La Quinta. So why did they add the desert locale to their property portfolio? Apart from the fact that Mossimo enjoys his time on the links, that is.

“I would say that it is secure, private, it’s low-key,” says one agent, Valery Neuman with Compass, who specializes in the Palm Springs desert area. “They feel safe. They can go under the radar very easily here,” she adds.

“It’s a very exclusive private club and golf course. It’s all about the amenities and concierge service, spa, great chef, and one of the best golf courses around,” says Neuman.

Although it was pricey, the deal seems to have been a relatively savvy one.

“The Loughlin-Giannulli clan did very well on their purchase price, considering they got a nearly brand-new home that appears to be truly turnkey,” says Cara Ameer, a bicoastal agent with Coldwell Banker licensed in California and Florida. “They were probably looking to buy something that they could just move right into and enjoy, and avoid the hassles of renovation.”

The pandemic may have played its part in the family’s choice to buy well outside the city, but still within driving distance of L.A.

“Given the recent pandemic housing boom, particularly for luxury properties, it’s no surprise that they were looking for an escape to go back and forth from L.A.,” Ameer says. “They are in good company, with plenty of celebrity neighbors who come and go between there and their other properties. Their daughters will love the location, given the proximity to the Coachella Valley Music Festival.”

As we’ve reported in the past, Loughlin and Giannulli are following a well-worn celeb path to the upscale desert town. Neighbors will include Cindy Crawford and her husband, Rande Gerber, who snagged a 6,000-square-foot property in the desert vacation spot for $5.4 million.

Loughlin, 57, starred on the sitcom “Full House” for nearly a decade and went on to appear in a number of Hallmark movies. She and her fashion designer husband each spent short stints behind bars for their roles in the college admissions bribery scandal.