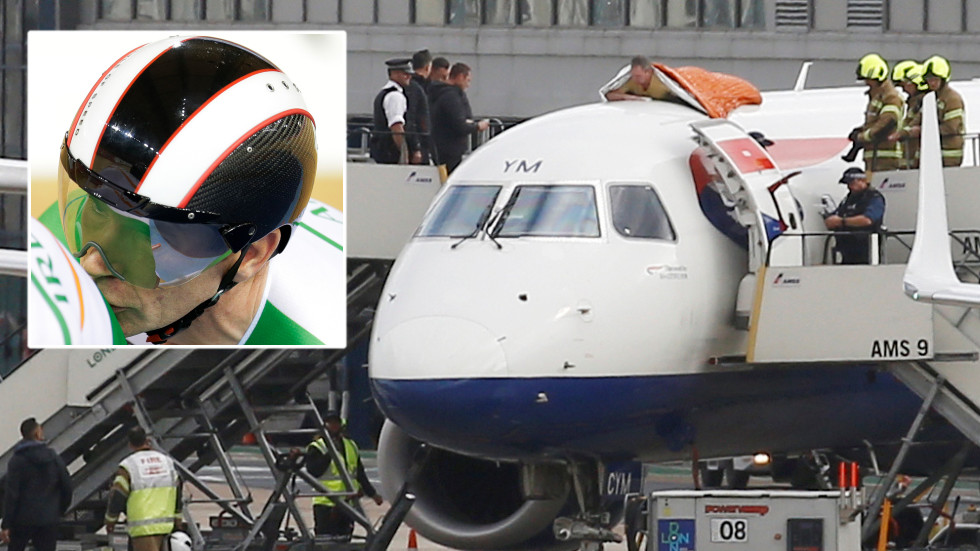 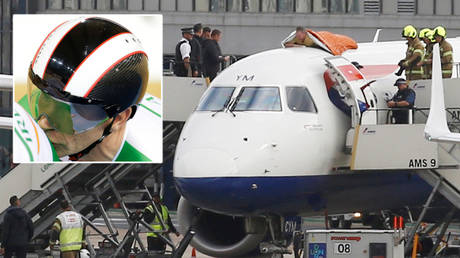 Extinction Rebellion organizers have claimed that “history will vindicate” a Paralympic hero after he was sentenced to a year in jail for holding up a flight in a climate protest stunt in the UK.

Northern Ireland-born James Brown glued his hand to an Amsterdam-bound British Airways aircraft in October 2019 as part of the group’s takeover of London City Airport, explaining at the time that he felt “compelled” to bring about “radical change”.

The champion for Britain in the B3 800 metres and 1500m at the 1984 Games spent an hour on the aircraft before being removed.

Visually-impaired Brown, 56, was estimated by prosecutors to have cost the airline around $55,000 and will reportedly serve at least six months in prison.

“I was compelled to do what I did because of my concerns for the future of my children. We all know the catastrophe that awaits them… We also know that nonviolent civil disobedience have proved itself… to bring radical change”, Paralympian, Rebel and hero James Brown. pic.twitter.com/5hPcf7kTlO

“To put a partially blind man in jail, while the [UK] prime minister [Boris Johnson] quotes Kermit the Frog to the UN and recruits the [cartoon litter-pickers] Wombles as the [climate change conference] COP26 mascots, shows what a mockery our leaders are making of this moment,” responded the group, which invited people to protest outside London’s HMP Wandsworth, where Brown is incarcerated, on Sunday.

“History will vindicate him just as it vindicated past activists who went to prison after non-violently fighting for a just cause.

“If enough people do something like what James Brown did, then there will be a future.”

If enough people do something like what James Brown did then there will be a future.

Brown represented himself at his trial in July, when he denied one count of causing a public nuisance and admitted he felt he had wanted “to do something spectacular” to highlight the climate crisis.

A jury deliberated for less than an hour before delivering a guilty verdict on the former GB cyclist and athletics star, who also competed in cross-country skiing for Ireland.

“The right to protest does not entitle you to cause major widespread disruption to a major airport… simply because you think it is the right thing to do,” the BBC reported Judge Gregory Perrins to have told Brown.

Tonight at 8pm, outside HMP Wandsworth where James Brown is serving time for his action, and across the UK in Bath, Malvern, Birmingham, Leicester, St Ives, Barnstable, Norwich we are coming together to say #FreeJamesBrown. If you can’t join in person, please tweet in support. pic.twitter.com/zv9hJSgR8i

“This is a case in which you acted together with at least 10 other activists to plan and execute a major act of disruption.

“You intended to cause the maximum amount of disruption possible at the airport, if not shut it down completely.”

Representing Brown at his sentencing hearing, Tim Maloney QC said the former athlete “has expressed an intention not to become involved in unlawful protest again.”

Brown is said to be the first UK protester from the group to receive a custodial sentence. He has also reportedly been fined around $4,785.

Also on rt.com
Is the Premier League’s target of a ‘net zero carbon’ game just another virtue-signaling own goal?