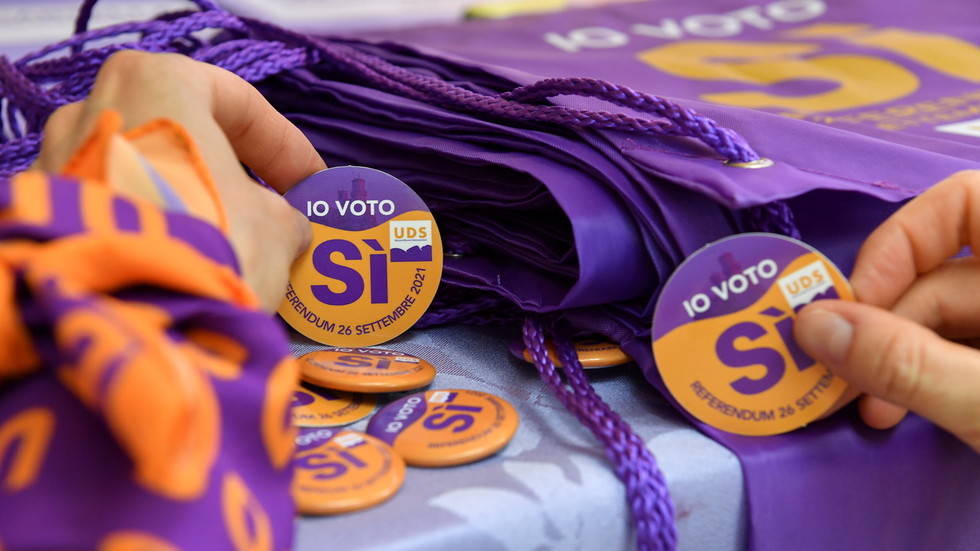 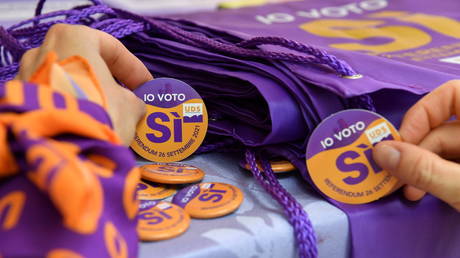 San Marino, a predominately Catholic microstate surrounded by Italian territory, has voted to legalize abortion, thus rendering obsolete a more than century-old law that punished women with imprisonment for getting one.

About 77.3 percent of those eligible to vote in the referendum answered “yes” to the question whether women should be allowed to “voluntarily terminate pregnancy until the twelfth week of gestation” and thereafter if a woman’s health is jeopardized by the pregnancy, or if fetus’s “abnormalities and malformations” pose “a serious risk to the physical or psychological health of the woman.”

The turnout was low, however. Overall, about 41,11% of the tiny state’s population of some 35,000 people cast their ballots on Sunday. Some 60.30% of San Marino citizens currently living in the city-state turned out for the poll, while only 5.69 % of those living abroad took part in the popular vote.

The result of the referendum means that San Marino will be abolishing its strict abortion ban, enshrined in law as far back as in 1865. The country’s parliament is now set to work out a draft bill that would make abortion legal.

Commenting on the result of the referendum, San Marino’s Interior Minister Elena Tonnini called it “a clear victory of those in favor [of the aborition legalization]”. Under the old law, San Marino women face up to three years behind bars if they opt for abortion. Doctors who perform the procedure risk being jailed for up to six years.

Fearing repercussions, the women who wanted to terminate their pregnancy would travel to the countries where abortion laws are more liberalized, including Italy, rendering the 1865 law effectivelly useless. Nobody has ever been convicted under its provisions.

While abortion and moral questions surrounding the procedure remain one of the most hotly debated issues across the globe, including in the US, the general trend saw abortion laws being gradually relaxed in nearly 50 countries over the past several decades, according to The Center for Reproductive Rights. Some 41 percent of women of reproductive age or 700 million people, however, still live “under restrictive laws,” according to the advocacy group, while 90 million (5%) live in the countries where abortion is banned under any circumstances.