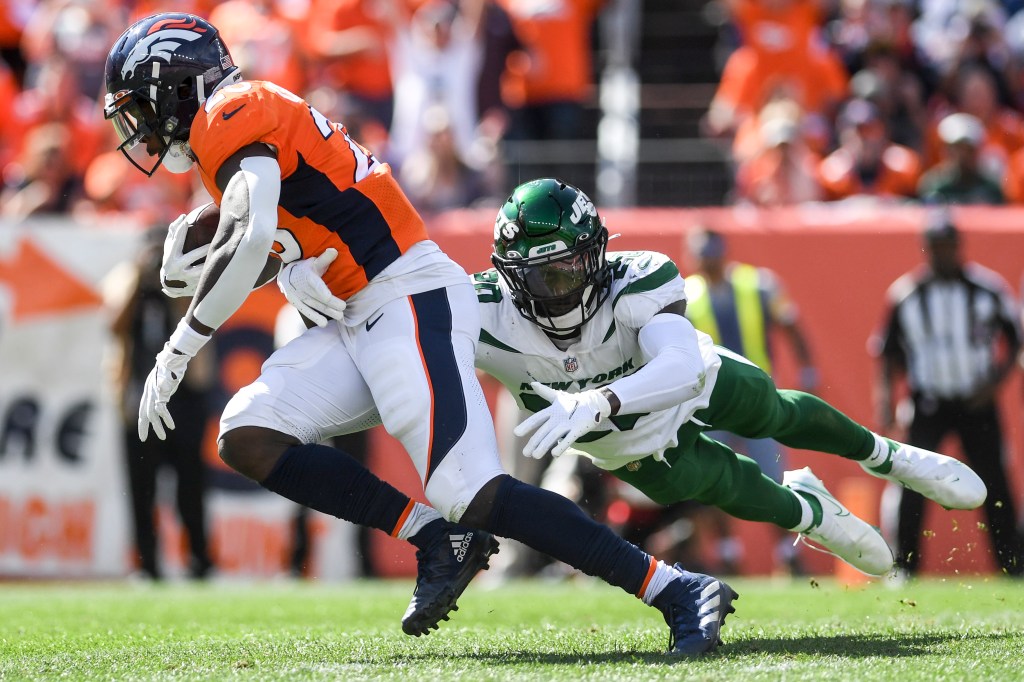 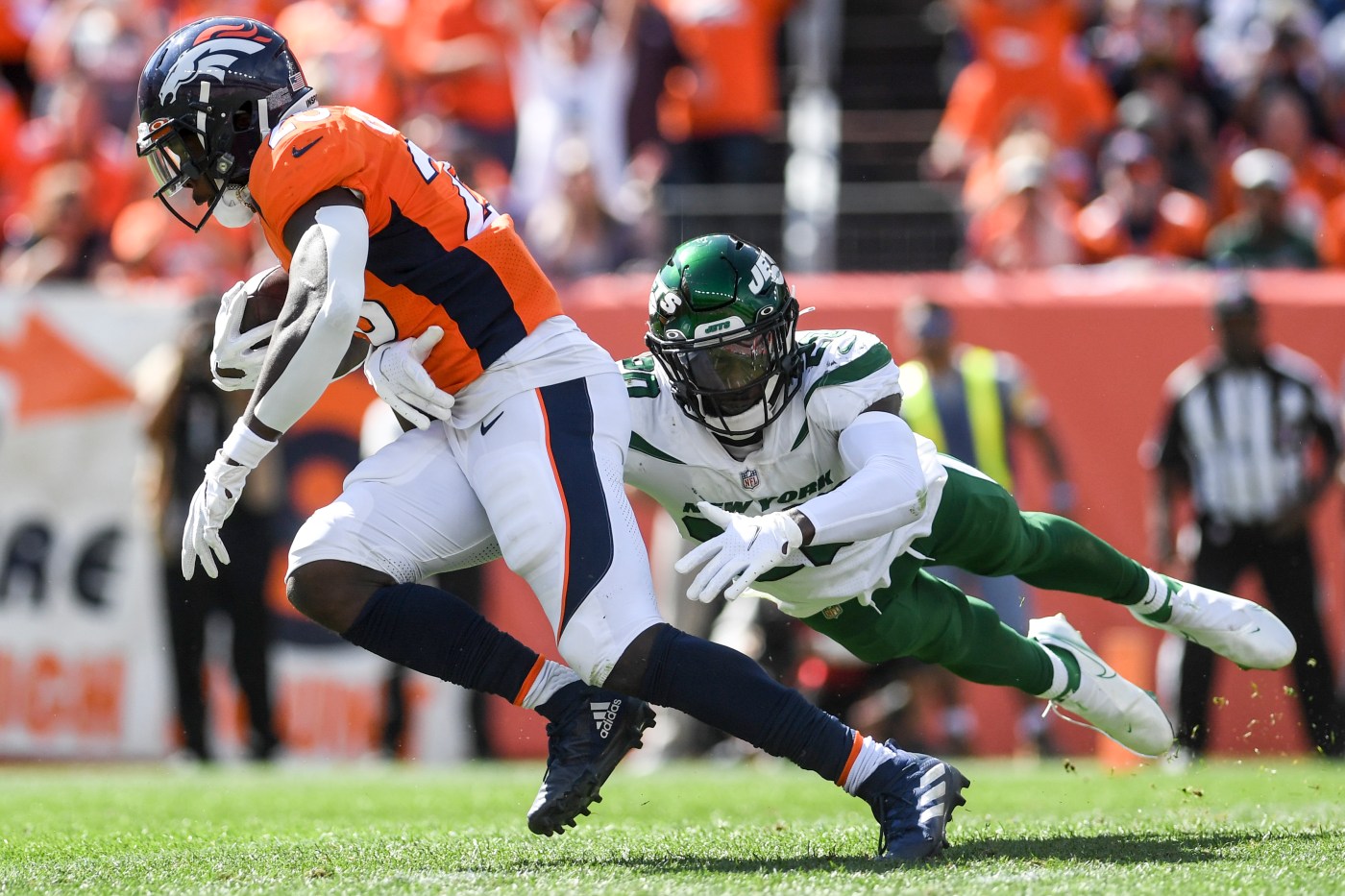 The Broncos’ one-two rushing punch of Melvin Gordon and Javonte Williams combined for 90 yards and two touchdowns Sunday, enough to pace Denver to a rout of the Jets at Empower Field.

While it may have been good enough to beat the lowly Jets, Gordon emphasized the rushing attack isn’t good enough if the Broncos want to contend for the long haul this season.

“(Javonte and I) have been all right — and just all right — but I feel like we can be better,” Gordon said after the game. “I’m definitely not satisfied with how we did (today)… We should’ve done better. Our expectation for our group is way higher than today.

“We’ve got some tough games coming up, where we’re really going to see what we’re about. There’s no time to be satisfied with scoring — we should’ve had two touchdowns each, and that’s the expectations that we have. Today was not good enough, but it was good enough to get the win, and that’s all that matters.”

Gordon had 61 yards on 18 carries and a second-quarter touchdown, while Williams finished with 29 yards on 12 carries after getting the Broncos ahead early with a score. Both of the tailbacks’ touchdowns were one-yard power runs, and the Broncos had 121 yards rushing overall.

That’s not quite the ground output the Broncos were expecting against New York, but for a third straight week, the opponents’ focus on Gordon and Williams opened up the passing game for quarterback Teddy Bridgewater.

“Teams are blitzing our run game, which is why we’ve had success in the passing game,” coach Vic Fangio said. “Teddy was 19-of-25 for 235 yards, and over a 104 rating, so they’re going to major extremes to play our run game, these first three opponents.”

Williams paired the joy of his first NFL touchdown with the agony of his first fumble, which came at the goal line as the Broncos were looking for another TD late in the fourth of the 26-0 blowout. He called the play “the downfall” of an otherwise promising performance. The rookie has consistently shown bursts in tight spaces along with slipperiness in the open field.

“I’ve just got to bounce back and have better ball security,” Williams said. “Definitely the fumble will stick in my head more (than the TD) and I’ll see it again (Monday on film)… I’m just glad we were up by 23. It teaches me that in key situations, I’ve got to be locked in on the details.”

Meanwhile, Gordon’s touchdown run avenged a nearly identical play from the opening quarter that didn’t result in Denver’s favor. On that run on 1st-and-goal at the Jets’ 1, Gordon ran off-tackle to the left side then cut it back, right into a perfectly-timed hit from Jets linebacker C.J. Mosley. The thunderous collision awed the crowd, though Denver scored on Williams’ run the next play.

But when Gordon and Mosley found each other in the hole again in the second quarter — with the Broncos again with the ball near the goal line — Gordon shed Mosley in the backfield and strutted into the end zone, spiking the ball for “a little payback.”

“The first one, I didn’t see him, because (the hit) came at the last second from a back-end guy covering up the hole,” Gordon said. “As soon as I made a cut, I never saw him. I didn’t even know what number hit me, honestly. It didn’t hurt as bad as it sounded, but it sucks when you hear the whole crowd go, ‘Ooooooooo.’

“But me and him got one-on-one again, and I was able to prosper that time around.”

The Broncos played the final quarter-plus of the game without their two starting guards, as Graham Glasgow (knee) and Dalton Risner (foot) exited in the third. Gordon noted “it sucks to have your two big boys go out,” but didn’t use that as an excuse for what he saw as missed opportunities on the ground.

“(We need to be better) on inside zone runs, outside zone runs, us in the open field,” Gordon said. “We got on the safeties a couple times, and we made them miss, but we’ve got to make them miss cleaner. I feel like we left some yards out there as backs today. Especially in the first half, (the offensive line) was opening that thing up.”

And if teams continue to stack the box to limit Gordon and Williams, Bridgewater is ready for that as Denver begins preparations for the Ravens (2-1 and traditionally stout against the run) at home in Week 4.

“If teams want to sell out and stop the run, we’ll come up with the plan (to beat it),” Bridgewater said.