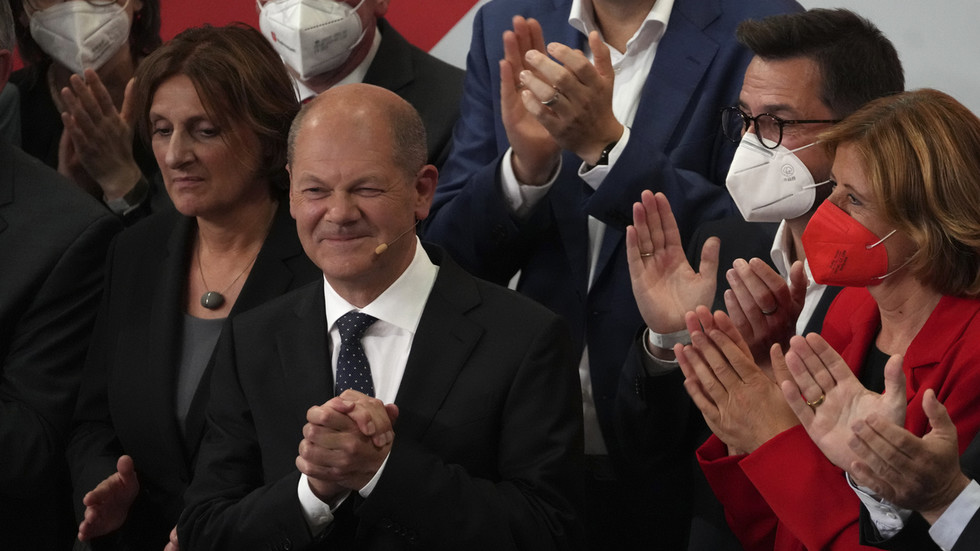 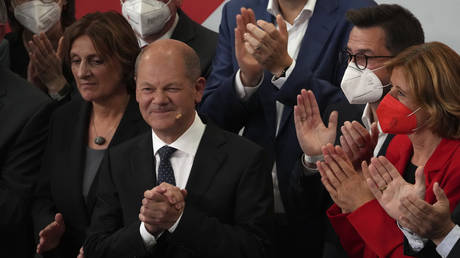 With the SPD and CDU running neck-and-neck in Germany’s election, talk has turned to potential coalitions, which could “technically” be led by either party, says political analyst Ulrich Brueckner.

The SPD (Social Democratic Party) has taken more than 25% of the vote, according to exit polls, but outgoing German Chancellor Angela Merkel’s Christians Democrats (CDU) and Bavarian sister party, the Christian Social Union (CSU), have been trailing not far behind, leading both political forces to already declare themselves the future leaders of any coalitions.

While the SPD, which has worked under the CDU/CSU union in previous coalitions, has not won enough support to “call this an impressive victory,” according to Brueckner, professor of European Studies for Stanford University in Berlin, it is enough of a comeback to represent the party “rising from the ashes” after years of Merkel’s party taking charge.

While the center-right CDU/CSU is hoping for a coalition with the Green Party and the Free Democratic Party (FDP), the coalition between those two and the SDP is much more likely, Brueckner believes.

The chancellor candidate for the CDU, Armin Laschet, could “technically” still lead a coalition if he “offers something [to junior partners]” that SPD candidate Olaf Scholz “cannot compete with,” he pointed out.  However, Brueckner sees that scenario as unlikely, given that Laschet’s popularity ratings are “so bad.”

I don’t personally think that Laschet will convince coalition partners to support him in the future coalition, but theoretically speaking, this is all possible

Brueckner noted that he similarly does not see the SDP and CDP compromising on certain issues and creating what is known as the ‘Grand Coalition.’

“The CDU is in such a bad condition after Merkel that I don’t really see this happening,” Brueckner told RT

However, forming a three-party coalition can take “a long time,” Brueckner warned, adding that the parties would need to reconcile many of their differences first.

Brueckner also did not rule out a possibility that the next chancellor can be nominated by one of the junior coalition partners.

Overall, unlike previous times where Merkel led her block to victory, parties will be “much more supportive to form a functioning coalition,” Brueckner argued. The Greens have already indicated they are willing to work with Social Democrats to form one.

The German election may be throwing some not familiar with the nation’s system for a loop, but Brueckner said it’s par for the course and actually shows that Germany is “less polarized” than places like the US and UK, where elections are more “personalized [elections].”

Germany, he argued, is “so diversified” that voters often feel they don’t have “a home in the political parties,” so they therefore “swing” their support based on “specific issues,” leading to developments like the SPD’s current rise in popularity.