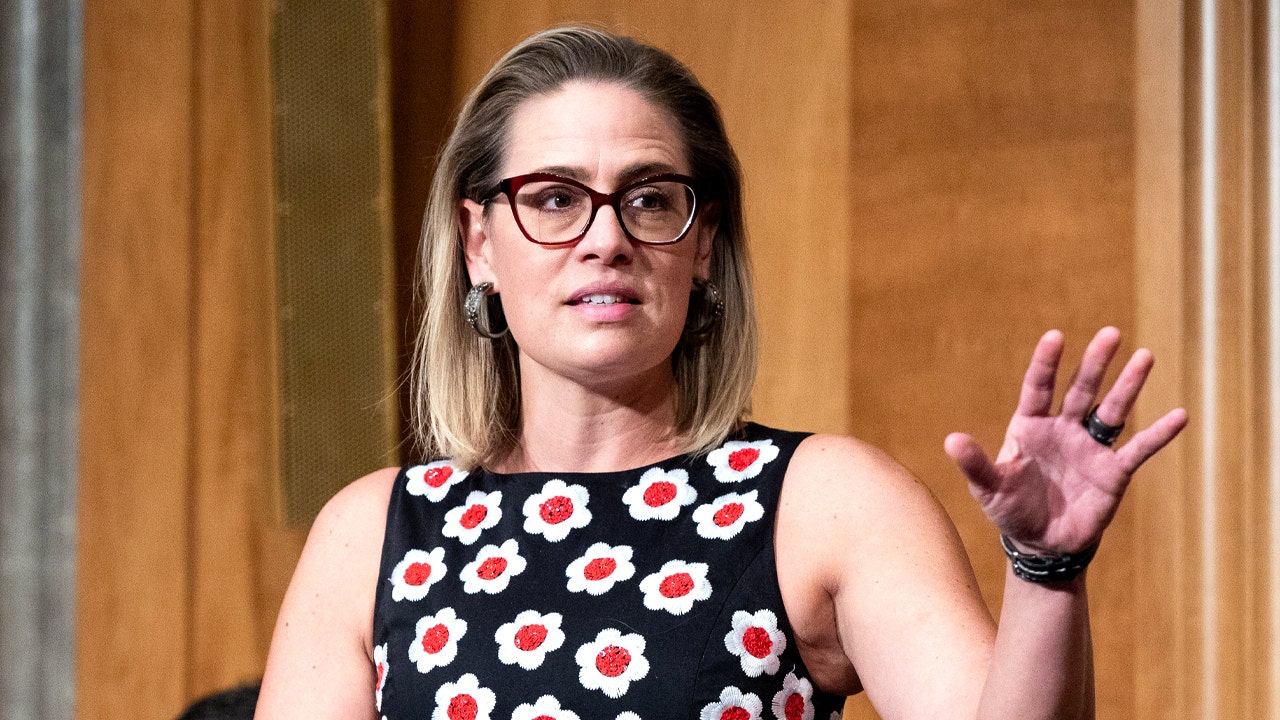 Also at the fundraiser? Protestors, according to FOX 10 Phoenix.

“We’re here to find our senator,” Ruth Shea, a protestor, told a station photographer. “Senator Sinema is a clown of Arizona who’s in the Royal Palms, meeting with fundraiser people, when she’s supposed to be back in DC, voting on bills, to make America better.”

A small group gathered in front of the Royal Palms Resort in central Phoenix. They want the senator to support Pres. Joe Biden’s big spending bill.

Meanwhile, on Saturday, Sinema tore into Democratic leadership over what she described as an “inexcusable” failure to hold a vote on a bipartisan infrastructure bill – a move she said betrays the trust of the American people.

“The failure of the U.S. House to hold a vote on the Infrastructure Investment and Jobs Act is inexcusable, and deeply disappointing for communities across our country,” the moderate Democrat said in a lengthy statement. “Denying Americans millions of good-paying jobs, safer roads, cleaner water, more reliable electricity, and better broadband only hurts everyday families.”

The vote on the bipartisan legislation in the House was delayed as the progressive wing of the Democratic party refused to back the bill unless there was an agreement on a separate $3.5 trillion budget reconciliation package packed with left-wing spending priorities and tax increases.

BILL MAHER DEFENDS SINEMA, MANCHIN: MAYBE THEY HAVE ‘THEIR THUMB MORE ON THE PULSE OF THE AVERAGE DEMOCRAT’

Democrats conceded that the votes were not there to pass the infrastructure bill, with talks still ongoing with moderate Democratic – including Sinema – to come to an agreement on the reconciliation package. Moderates have sought to bring down the massive price tag of the bill, which can pass the Senate without a Republican filibuster if it can drum up the support of all 50 Senate Democrats.

After the progressive wing flexed its political muscle to block the infrastructure package, Sinema slammed what she described as “an ineffective stunt to gain leverage over a separate proposal.”

Sinema, along with West Virginia Senator Joe Manchin, two moderate Democrats, are calling for a smaller package as Biden’s plan comes with a price tag of $3.5 trillion.