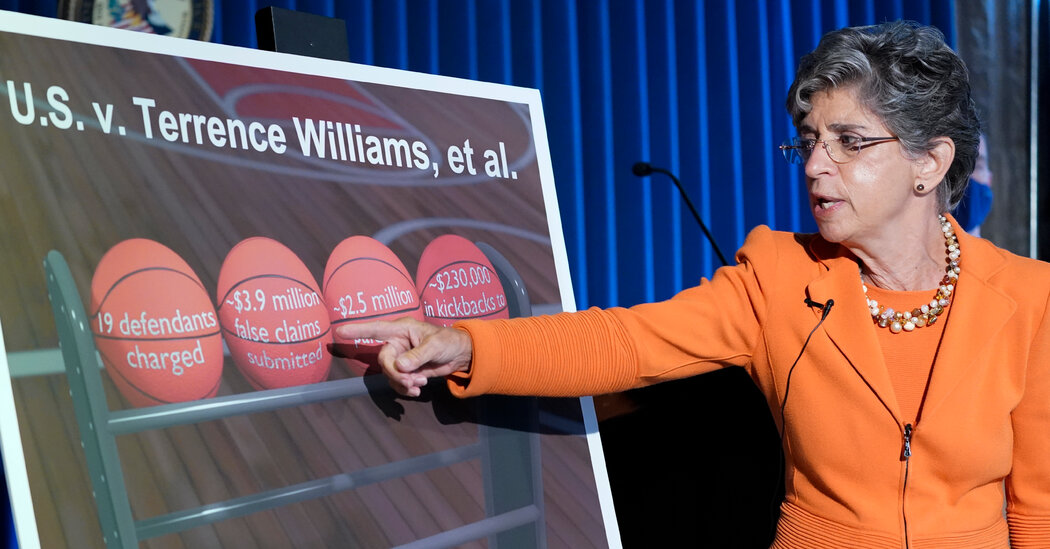 The scheme to defraud the health care plan for the National Basketball Association involved the submission of fraudulent claims for reimbursement of medical and dental services that were never provided, according to a federal indictment.

Today, we announced charges against 19 individuals for conspiring to defraud a health care plan that provides benefits to active and former National Basketball Association players. The F.B.I. arrested 16 defendants this morning in 12 districts across the country. These 19 defendants, including 18 former professional basketball players, are all charged with participating in a conspiracy to defraud the N.B.A. health benefits plan. The defendants charged today defrauded the plan when they falsely made claims for reimbursement of medical and dental services that they had not received.