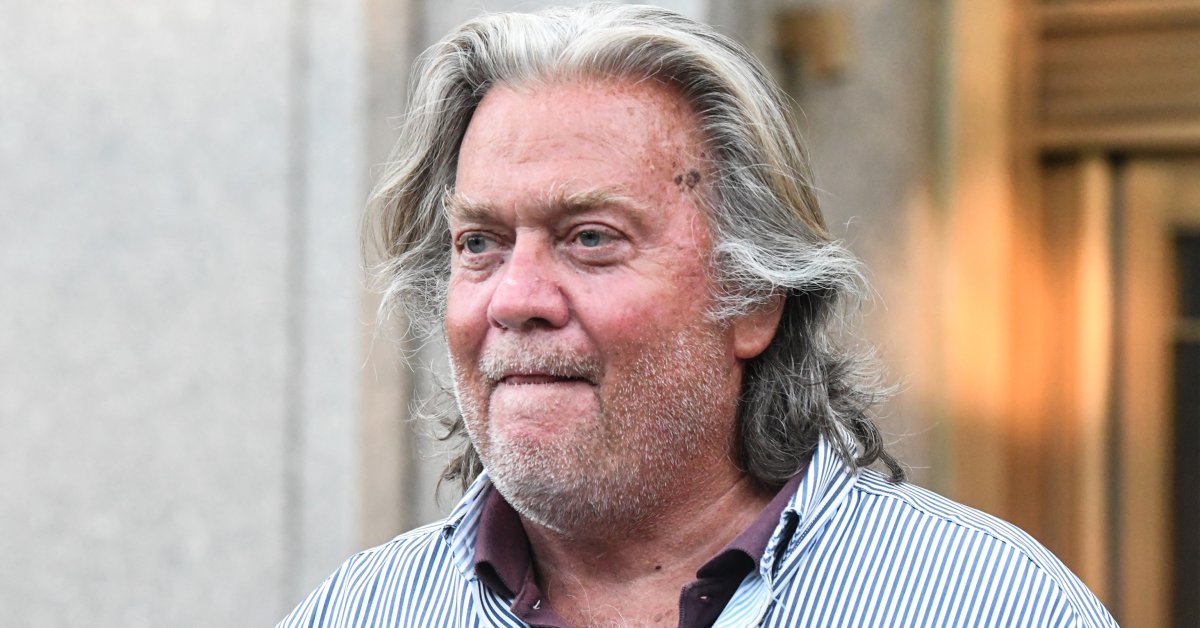 For months, the House select committee investigating the Jan. 6 insurrection has waited to hear from the people closest to Donald Trump to shed light on what the former President was doing as hundreds of his supporters stormed the U.S. Capitol. On Thursday at midnight, his longtime advisor Stephen Bannon blew past his subpoena deadline to submit documents to the probe, delivering a setback to the beleaguered committee and teeing up a potential long legal battle to come.

On Sept. 23, the committee gave Bannon and Trump’s former deputy chief of staff Dan Scavino, former Chief of Staff Mark Meadows and Pentagon official Kash Patel an Oct. 7 deadline to respond to subpoena letters asking them to appear for depositions and provide materials relevant to its investigation.
[time-brightcove not-tgx=”true”]

Bannon has “indicated that he will try to hide behind vague references to privileges of the former President,” according to a joint statement issued on Friday by committee Chairman Bennie Thompson (D-Miss.) and Vice Chair Liz Cheney (R-Wy.). Meadows and Patel are “engaging with the Select Committee,” the statement added, though the extent of their compliance is unclear. Scavino, who was not mentioned in the statement, has reportedly not responded to the subpoena as of Friday. A spokesperson for the panel declined to comment on the status of Scavino.

“We think those four individuals have clear information as to what Donald Trump was doing that day,” Thompson told reporters on Sept. 24. “Criminal contempt is on the table … And if it comes to that, there will be no reluctance at all on the committee to do that.”

In a letter first reported by Politico, Trump’s lawyer asked the four former aides not to share any testimony or documents, claiming that records related to the events of Jan. 6 are protected “from disclosure by the executive and other privileges, including among others the presidential communications, deliberative process, and attorney-client privileges.”

The decision by Trump to push back against demands from the probe—his first attempt at blocking key testimony in the commission—raises a raft of legal questions about how far his team can go in order to withhold compelling information. During his four year tenure, Trump dramatically expanded the powers of the presidency. Now, nine months out of office, he is still seeking to use the privileges of that office to shield himself and delay the committee’s proceedings, legal experts say.

“If the courts actually have a chance to rule on the merits of Trump’s claims of executive privilege, Trump will most likely lose,” says Jonathan Shaub, a law professor at the University of Kentucky who previously served in the Obama Administration’s Department of Justice. “The real question will be how long Trump is able to tie up the issue in the courts, including by appealing up to the Supreme Court if necessary.”

Individuals who refuse to comply with the committee’s subpoenas could be prosecuted by the Justice Department and face a year in prison with a fine of up to $100,000 if convicted of criminal contempt of Congress. But if Trump can tie up the executive privilege issue in the courts long enough to outlast the Jan. 6 committee’s speedy timeline for a final report—planned for sometime in 2022—Shaub says the committee could become frustrated by their inability to get information and simply move on.

Balance of power fights between Congress and the White House are as old as the presidency itself, and Trump relied heavily on the claims of executive privilege to block records requests from the Hill while he was in office, particularly during his first impeachment trial and attempts to hide his tax records. But executive privilege for a former president has never been codified in the face of a congressional subpoena. Harry Truman tried in 1953, claiming it allowed him to ignore a subpoena request to testify before a congressional committee after he left office. The committee ultimately dropped the request.

President Joe Biden, who is in charge of some of the federal agencies that have the records Trump doesn’t want his former colleagues to hand over, has the power to authorize or block a former president from asserting their executive privilege. On Friday, he rejected Trump’s request for privilege over an initial batch of documents sought by the Jan. 6 commission, writing in a letter to the National Archives and Records Administration that an “assertion of executive privilege is not in the best interests of the United States.”

“This will be an ongoing process and this is just the first set of documents,” White House spokeswoman Jen Psaki said at Friday’s press briefing. “And we will evaluate questions of privilege on a case-by-case basis, but the President has also been clear that he believes it to be of the utmost importance for both Congress and the American people to have a complete understanding of the events of that day to prevent them from happening again.”

Experts suggest the issue could go all the way to the Supreme Court. “Because the constitutional law in this area is so unsettled, courts will be unlikely to dismiss Trump’s claims out of hand,” Shaub says. “The current statutory law and regulations do make clear that President Biden gets the final say on any claims of executive privilege, but Trump will raise a constitutional challenge, which would override any contrary statutes or regulations.”

If it does go up to the high court, a rarely used precedent from a landmark 1977 ruling in Nixon v. Administrator of General Services may help Trump’s case. In the ruling, the court recognized that Richard Nixon could assert executive privilege claims over official records from his administration even though he was no longer the president. The court, however, also said in its judgement that executive privilege “is not for the benefit of the President as an individual, but for the benefit of the Republic.”

“It’s likely that many of the documents requested reveal former President Trump working to undermine the results of an election he had clearly lost,” Shaw says. “That’s not the sort of material that should be shielded from disclosure by the doctrine of executive privilege.” She also believes any decision made by Biden to grant or deny executive privilege to Trump should carry “substantial weight” in the eyes of a court.

Taylor Budowich, Trump’s current communications director, said that the committee’s Jan. 6 records request was “outrageously broad” and lacked “both legal precedent and legislative merit.” The “executive privilege will be defended” on behalf of the former president, he said in a statement.

As the deadline for subpoena compliance by Trump aides passed on Thursday night, the committee issued a third round of subpoenas to organizers of the “Stop the Steal” rally that brought Trump supporters together prior to the attack on the Capitol.

“The rally on the Capitol grounds on January 6, like the rally near the White House that day, immediately preceded the violent attack on the seat of our democracy,” Thompson said in a statement on Thursday. “Over the course of that day, demonstrations escalated to violence and protestors became rioters.”

Thompson said he expects these witnesses to cooperate fully with the probe, adding that the select committee needs to understand “all the details” about the events leading up to the Capitol attack, including who was involved in planning and funding them.

In total, the committee has issued 18 subpoenas, ranging from the former Trump aides to rally organizers who are said to have played a role in the violent storming of the Capitol, in which five people died and 140 police officers were injured.

Whether GOP lawmakers who were in contact with Trump during the insurrection, or in the days leading up to it, will also receive subpoenas is yet to be determined by the probe, though Thompson noted it’s being discussed and “there will be no reluctance to do it.”