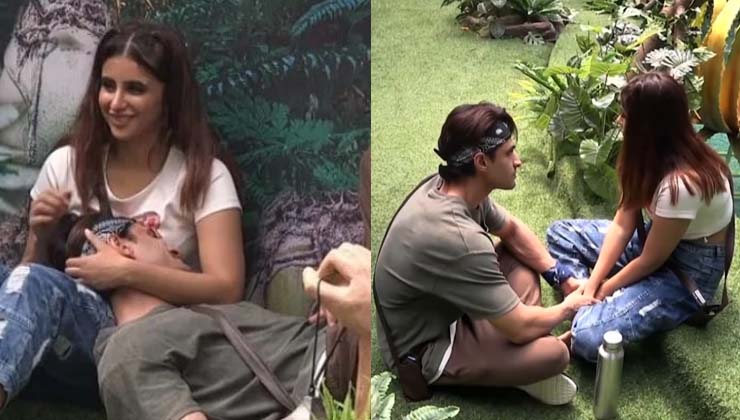 Bigg Boss fans were waiting for Shamita Shetty and Raqesh Bapat’s romance in BB15 after seeing the two confess their feelings for each other in BBOTT. But looks like Bigg Boss fans will be witnessing a new romance between Ieshaan Sehgaal and Miesha Iyer. Ieshaan and Miesha were seen getting really cosy in the Bigg Boss house and Sehgaal was also seen admitting to liking Miesha.

In the latest episode, Ieshaan was seen sitting with Miesha in a cosy blanket when he confessed his feelings for Miesha. Iyer was seen asking Ieshaan what kind of girls he likes, he said, “She should be pretty and cute, but I only want one thing that she should love me unconditionally.” When he asked the same question to Miesha, she said, “I like very off-beat kind of boys, like who can tolerate my tantrums.”

“I’ve been doing it since the last five days,” said Ieshaan and further added, “I don’t know why but when you cried that day, I literally fell for you.”

Check out the promo below:

Meanwhile, ShaRa fans have been hoping to see Raqesh and Shamita reunite in the Bigg Boss 15 house. Shamita is also seen many times talking to Bapat through the camera and asking him to come in BB15. But, there has been no confirmation by the actor that he will enter Bigg Boss this time.

Stay tuned to this space for more updates on Bigg Boss 15.