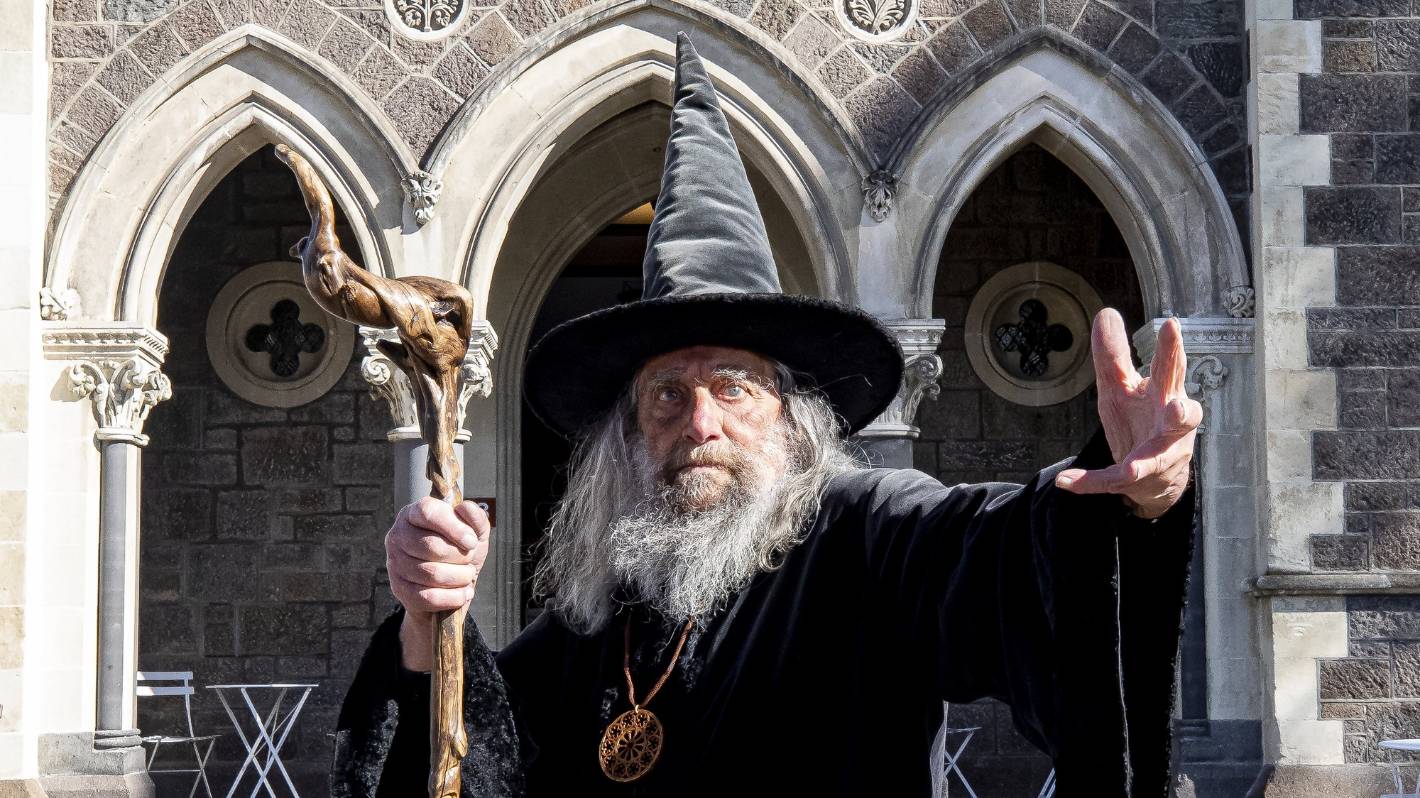 The Christchurch City Council will stop paying The Wizard $16,000 a year after more than two decades on the public payroll to “provide acts of wizardry” for the city.

The Wizard of New Zealand, also known as Ian Brackenbury Channell​, said the council had decided to stop paying him because he did not fit with the modern image of the city. Over his 23 years on the payroll, the council has paid him a total of $368,000.

“They are a bunch of bureaucrats who have no imagination,’’ he said.

“They are not thinking of ways to promote Christchurch overseas. They are just projecting an image of bureaucrats drinking lattes on the boulevard.

READ MORE:
* Helicopters, wizards and day-time drinking: How Munted was made
* Auckland Council spends $4m on graffiti removal, but is that how our streets should look?
* Wellington photographer takes out New Zealand Geographic photographer of the year award

Council assistant chief executive Lynn McClelland said the final payment under the contract with The Wizard, which started in 1998, would be made in December.

“The council has met with The Wizard and sent him a letter thanking him for his services to Christchurch over the past decades, and informing him that we are bringing our formal contractual arrangement to a close.”

She said it was a “difficult decision to end this contract”.

“The promotional landscape in Ōtautahi Christchurch is changing, with new and different promotional programmes that will increasingly reflect our diverse communities and showcase a vibrant, diverse, modern city that is attractive to residents, domestic and international visitors, new businesses, and skilled migrant workers.”

The council’s contract with The Wizard called for him “to provide acts of wizardry and other wizard-like-services – as part of promotional work for the city of Christchurch”.

“Since 2017, this contract has been administered by ChristchurchNZ, when it took over city promotional work from the council.”

The Wizard said he would keep up his regular appearances at Christchurch’s Arts Centre, chatting to tourists and locals.

“It makes no difference. I will still keep going. They will have to kill me to stop me.”

He said he was disappointed that he was no longer being used to help promote the city.

“I would like to know what the reason is for it.

“They are not making use of my worldwide fame. I am disappointed they haven’t made use of The Wizard as part of the promotion of Christchurch.

The Wizard moved to Christchurch from Australia in 1974 and almost immediately attracted headlines for his appearances in full costume in Cathedral Square and his eccentric publicity stunts.

After the 2011 Canterbury earthquakes, he played a prominent role in the wave of protest that greeted the demolition of hundreds of heritage buildings.

An exhibition of his life and work opens at the Arts Centre on Saturday. Ironically, the exhibition is supported by a council grant.