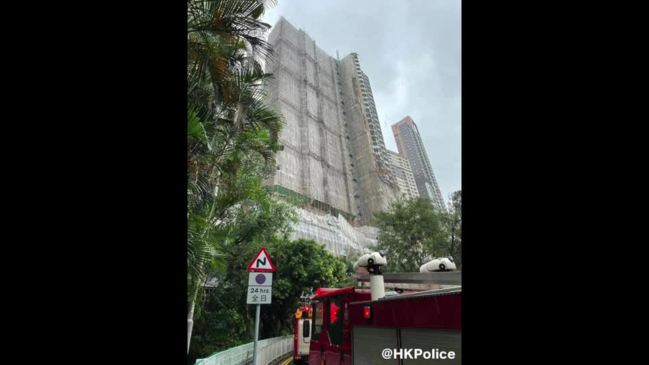 Police said a woman has died after a typhoon led to a scaffolding collapse in Hong Kong on the morning of Friday, October 8, with eight people rescued at the scene. The woman was found to be in a coma when she was discovered by first responders, and later died from her injuries in hospital, according to Hong Kong police. Police said six others were rescued at the scene. The Hong Kong Observatory issued a red rainstorm warning that afternoon, warning of flash flooding and heavy rain exceeding 50 millimetres per hour. Credit: Hong Kong Police via Storyful