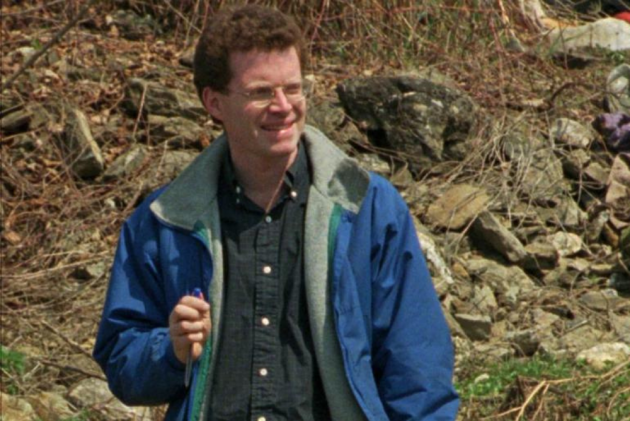 A former Taliban commander, who had kidnapped an American journalist and kept him captive in Pakistan for several months before he managed to escape over a decade ago, has been charged in a superseding indictment with killing US troops in 2008.

Haji Najibullah, 45, who also went by the name of Najibullah Naim, was previously charged with crimes related to the 2008 kidnapping of an American journalist and two Afghan nationals, the US Department of Justice said.

Najibullah, an Afghan national who was arrested last year and extradited from Ukraine to the US, could be jailed for life.

A federal grand jury in New York unsealed the superseding indictment on Thursday, charging him with federal terrorism-related offences spanning approximately 2007 to 2009 and stemming from his role as a Taliban commander in Afghanistan.

The superseding indictment charges Najibullah with attacks on US troops conducted by him and the Taliban fighters under his command, including a June 26, 2008, attack on an American military convoy that killed three US Army servicemembers – Sergeants First Class Matthew L Hilton and Joseph A McKay, and Sergeant Mark Palmateer – and their Afghan interpreter, as well as an October 27, 2008, attack that resulted in the shooting down of a US military helicopter.

US Attorney Audrey Strauss for the Southern District of New York said that during one of the most dangerous periods of the conflict in Afghanistan, Najibullah led a vicious band of Taliban insurgents who terrorised the part of Afghanistan and attacked US troops.

“One of these lethal attacks resulted in the deaths of three brave American service members and their Afghan interpreter, and another attack brought down a US helicopter,” Strauss said, adding that Najibullah also arranged to kidnap at gunpoint an American journalist and two other men in 2008 and held them, hostage, for more than seven months.

The indictment did not name the American journalist.

However, New York Times journalist and two-time Pulitzer Prize-winner David Rohde and “two others were taken hostage at gunpoint in Afghanistan and held for more than seven months”.

The NYT had said in a report last year that Rohde as well as an Afghan journalist Tahir Ludin “eventually made a desperate nightime escape in June 2009 from the second floor of a Taliban compound in North Waziristan, in Pakistan’s tribal areas.”

The third hostage Asadullah Mangal, who was their driver, did not escape with them but managed to flee five weeks later, it said.

According to court documents, in or about 2007, Najibullah was the Taliban commander responsible for the Jaghato district in Afghanistan’s Wardak province, which borders Kabul.

In this role, Najibullah commanded more than a thousand fighters, at times acted as a spokesperson for the Taliban, and reported to senior leadership in the Taliban.

During that time, Najibullah and the Taliban fighters under his command conducted attacks intended to kill and which did kill American and NATO troops and their Afghan allies, using automatic weapons, Improvised Explosive Devices (IEDs), Rocket-Propelled Grenades (RPGs) and other anti-tank weapons, including an attack that destroyed an Afghan Border Patrol outpost in or about September 2008.

The indictment said that in about November 2008, Najibullah and his co-conspirators, armed with machineguns, kidnapped “an American journalist” and two Afghan nationals who were assisting the American journalist at “gunpoint” in Afghanistan.

“For the next seven months, Najibullah and his co-conspirators held the hostages captive in Pakistan,” according to the indictment.

During their captivity, Najibullah and his co-conspirators forced the victims to make numerous calls and videos seeking help.

The indictment said that while in Pakistan, Najibullah and a co-conspirator directed the journalist to call his wife in New York. In one of the videos, the American journalist was “forced to beg for his life while a guard pointed a machinegun” at his face, the US Department of Justice said.