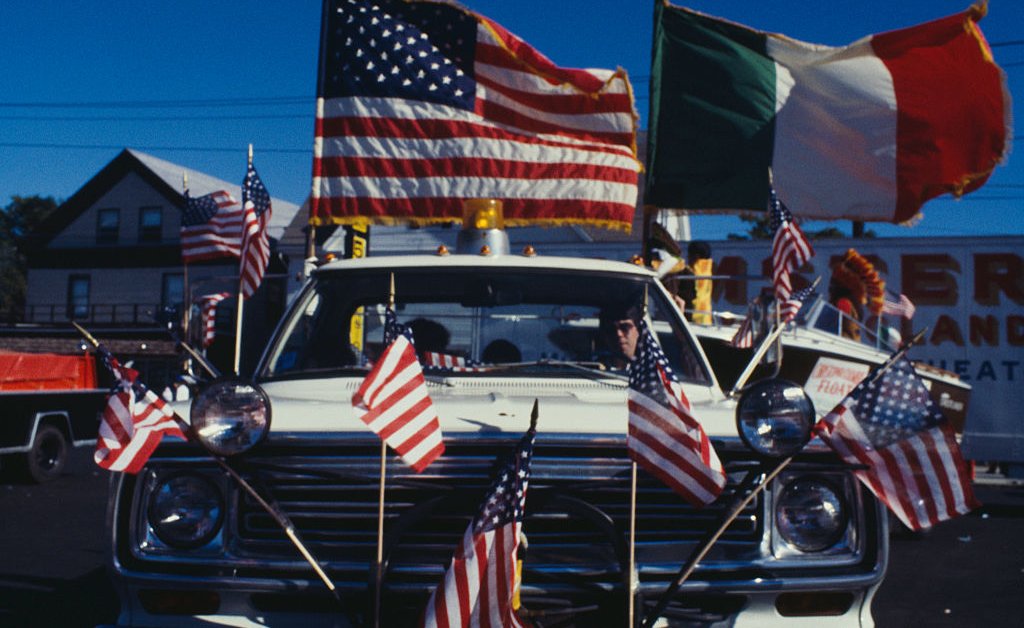 Each year, the U.S. federal holiday of Columbus Day—which falls on Oct. 11 this year—is a source of pride for many in the Italian-American community, marking the anniversary of the Italian explorer Christopher Columbus reaching the Caribbean. The 77th annual Columbus Day Parade, expected to take place on Manhattan’s Fifth Avenue on Monday, is billed as “the largest celebration of Italian American heritage and culture in the United States.”

But, in the nearly 30 years since Berkeley, Calif., launched Indigenous Peoples’ Day as a form of counter-programming for Columbus Day, to recognize the Native Americans whose lives in North America were disrupted by European exploration, that embrace of Columbus has increasingly been questioned. The debate has at times set advocates of a more critical examination of the history against Italian-American community groups who see it as a day of celebration. In May of this year, for example, Italian-American elected officials objected to a New York City Department of Education calendar that listed Oct. 11 as Indigenous Peoples’ Day, so the agency changed the day so it was listed as both Italian American Heritage Day and Indigenous Peoples’ Day.
[time-brightcove not-tgx=”true”]

But how did Christopher Columbus, who sailed on behalf of Spain and never even came to the land that’s now the United States, become seen as an Italian-American icon in the first place?

Though Columbus did not immigrate to America, celebrations of his explorations are almost as old as the United States. In 1792, festivities around the 300th anniversary of Columbus’s voyage took place all along the Eastern seaboard, from Boston to South Carolina, in the form of poetry, monuments and newspaper coverage. Noah Webster wrote an entry called “The Story of Columbus” in the 1791 The Little Reader’s Assistant that stated, “Let every child in America learn to speak the praises of the great Columbus.”

“Columbus’s lack of connections to England made him a much more useful discoverer of America for those trying to express historical independence from Britain, even though he never actually set foot on the North American continent,” wrote Michael D. Hattem in Past and Prologue: Politics and Memory in the American Revolution. “Celebrating the Columbian tercentenary less than a decade after the end of the [Revolutionary] war contributed to the creation of a deep national past by codifying an origins story for the new American republic.”

Get your history fix in one place: sign up for the weekly TIME History newsletter

By the 400th anniversary of Columbus’s acclaimed voyage, momentum was even greater because it coincided with the 1893 World’s Fair Columbian Exhibition. “Most fitting it is, therefore, that the people of the greatest nation on the continent discovered by Christopher Columbus, should lead in the celebration of the Four Hundredth Anniversary of that event,” declaimed a guide to the fair.

“There already was a kind of cult around Columbus,” says Roxanne Dunbar-Ortiz, author of Not “A Nation of Immigrants”: Settler Colonialism, White Supremacy, and a History of Erasure and Exclusion.


At the same time, more than four million Italians immigrated to the United States between 1880 and 1924, where they encountered discrimination especially in employment, as many businesses did not consider them white enough. As Dunbar-Ortiz points out in her book, there was a debate in the U.S. House Committee on Immigration about whether they could be considered “full-blooded Caucasians.”

But the Irish Catholic fraternal organization the Knights of Columbus, formed in 1882, embraced the Italian immigrants, seeing them as part of a larger mission to make Catholicism more popular in an anti-Catholic country. They saw that linking Irish Catholics and Italian Catholics to a national hero like Christopher Columbus was one way to do so. For Italians, a group facing discrimination, promoting Columbus’ Italian origins was a way to “assimilate better,” as Dunbar-Ortiz puts it to TIME.

Read more: The Troubling History of the Fight to Honor Leif Erikson—Not Columbus—as the Man Who ‘Discovered America’

The Knights of Columbus started putting up statues in places with a lot of Italian immigrants, like New York City. Italian groups like the Sons of Columbus Legion lobbied state legislatures to enact a Columbus holiday. By 1912, such celebrations were held in 14 states and by 1937, President Franklin D. Roosevelt signed the first federal observance of Columbus Day. Presidents since have made note of Columbus’ Italian heritage in their proclamations for the holiday, such as Richard Nixon in 1969 who described Columbus as “a man of Italy” who “opened America for all the people of the world.”

Today, many Italian Americans maintain Columbus Day is about more than the celebration of one explorer, but a set of ideals. “We believe that Christopher Columbus’s courageous voyage was the catalyst that initiated over 500 years of immigration to the Americas from every corner of the earth—all of whom were seeking a better life for their families,” Robert E. Carlucci, Chairman of the National Italian American Foundation, said in a statement. “As such, it most certainly remains an occasion worthy of commemoration.”

Others, however, see him differently. “[Italian Americans] have Michelangelo, Vivaldi, thousands of notable, incredible human beings. I do think that we should give the Italians another day and not honor [Columbus Day] because it really is the onset of European colonialism, the transatlantic slave trade and of genocide in the Americas. That’s really what Columbus represents,” argues Dunbar-Ortiz.

Amid 2020’s national examination of the role of racism in American life, at least 33 statues of Christopher Columbus were removed, according to a CBS News’ count. Today, there are 149 monuments of Christopher Columbus nationwide, making him the individual with the third most public monuments, after Abraham Lincoln (193) in first place and George Washington (171) in second place, according to an audit of public monuments published on Sept. 29 by the Philadelphia-based nonprofit Monument Lab.