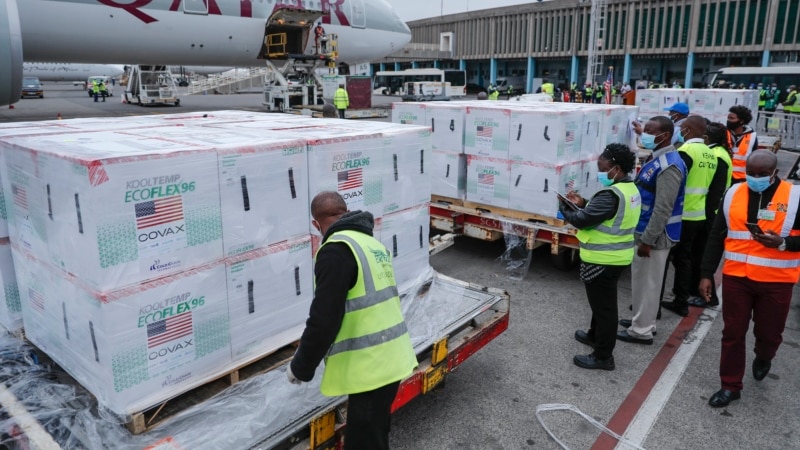 “Not to have equitable distribution of vaccines is not only a question of being immoral, it is also a question of being stupid,” a frustrated United Nations secretary-general said Thursday about the imbalance of COVID vaccine availability between wealthy countries and poor nations.

António Guterres said developed countries’ push for their populations to be vaccinated “one, two or three times will fall apart” if the rest of the world remains unvaccinated and new COVID variants emerge.

The U.N. and the World Health Organization are seeking $8 billion to implement their strategy to vaccinate 40% of every country’s population by the end of this year and 70% by mid-2022.

The plan would have rich countries swapping vaccine delivery dates with poor countries and would also have wealthy countries fulfilling their vaccine donation commitments to COVAX, the worldwide initiative aimed at equitable access to COVID-19 vaccines.

“We can still achieve the targets for this year and next, but it will take a level of political commitment, action and cooperation, beyond what we have seen to date,” said WHO Director-General Dr. Tedros Adhanom Ghebreyesus.

Meanwhile in the United States, a study published Thursday in the medical journal Pediatrics says more than 120,000 minority children in the U.S. have lost a primary caregiver, including a parent or a grandparent responsible for the child’s needs, to the COVID-19 pandemic.

NIDA Director Dr. Nora D. Volkow said, “We must address the many underlying inequities and health disparities that put people of color at greater risk of getting COVID-19 and dying from COVID-19, which puts children of color at a greater risk of losing a parent or caregiver and related adverse effects on their development.”

Nearly one month after announcing a sweeping plan to require millions of Americans to receive a COVID-19 vaccine, U.S. President Joe Biden traveled to Chicago Thursday to discuss the progress of the vaccine mandates.

In comments made at Clayco, a national construction firm, Biden said that his mandates were working and that millions of Americans had gotten vaccinated since they were announced.

“We know there is no other way to beat the pandemic than to get the vast majority of Americans vaccinated. … We’re still not there. We have to beat this thing,” he said.

Biden also said that the mandates were good for the economy and have broad public support.

As he concluded his remarks, Biden called on more companies to implement mandates.