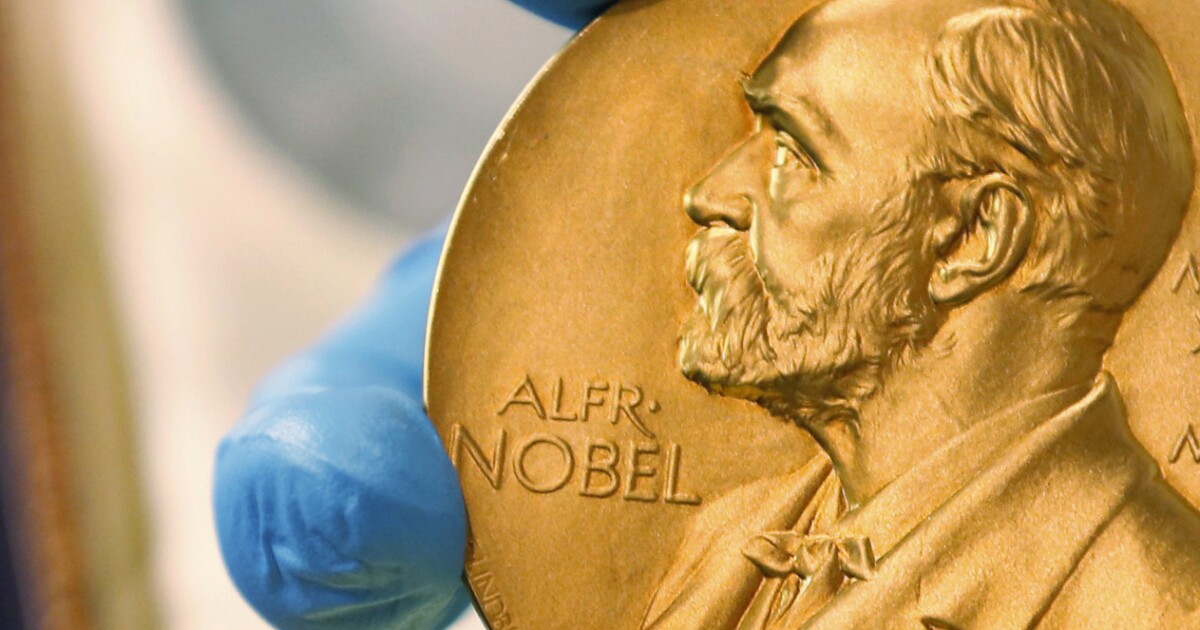 Journalists Maria Ressa of the Philippines and Dmitry Muratov of Russia won the Nobel Peace Prize on Friday in recognition of “their efforts to safeguard freedom of expression, which is a precondition for democracy and lasting peace.”

The Nobel Committee paid tribute to the two “for their courageous fight for freedom of expression in the Philippines and in Russia. At the same time, they are representatives of all journalists who stand up for this ideal in the world, in which democracy and freedom of the press face increasingly adverse conditions.”

Ressa, a former CNN reporter, “uses freedom of expression to expose abuse of power, use of violence and growing authoritarianism in her native country, the Philippines,” said Berit Reiss-Andersen, chair of the Norwegian Nobel Committee. In 2012, Ressa co-founded Rappler, an investigative news website that the committee said focused a spotlight on President Rodrigo Duterte’s harsh anti-drug crackdown, which has produced such a high body count that it “resembles a war waged against the country’s own population.”

Muratov founded the independent Russian newspaper Novaya Gazeta in 1993 and became its editor in chief. “Novaya Gazeta is the most independent newspaper in Russia today, with a fundamentally critical attitude towards power,” Reiss-Andersen said, adding that six of its journalists have been killed.

“The newspaper’s fact-based journalism and professional integrity have made it an important source of information on censurable aspects of Russian society rarely mentioned by other media,” Reiss-Andersen added.

Recognizing Ressa and Muratov “is intended to underscore the importance of protecting and defending” freedom of expression, Reiss-Andersen said.

“The Norwegian Nobel Committee is convinced that freedom of expression and freedom of information help to ensure an informed public. These rights are crucial prerequisites for democracy and protect against war and conflict,” Reiss-Andersen said.

In Moscow, Kremlin spokesman Dmitry Peskov congratulated Muratov on winning the prize, hailing him as a “talented and brave” person.

“We can congratulate Dmitry Muratov — he has consistently worked in accordance with his ideals, he has adhered to his ideals, he’s talented and brave. It’s a high appraisal and we congratulate him,” Peskov said in a conference call with reporters after the prize was announced.

The prestigious Nobel Peace Prize is intended to honor an individual or organization that has “done the most or the best work for fraternity between nations.”

Last year’s prize went to the United Nations’ World Food Program, which was established in 1961 at the behest of then-President Eisenhower to fight hunger around the globe. The Rome-based agency was lauded for seeking to end starvation as “a weapon of war and conflict.”

The award is accompanied by a gold medal and 10 million Swedish kronor (more than $1.14 million). The prize money comes from a bequest left by the prize’s creator, Swedish inventor Alfred Nobel, who died in 1895.

On Monday, the Nobel Committee awarded the prize in medicine to California scientists David Julius and Ardem Patapoutian for their discoveries relating to how the body perceives temperature and touch.

The Nobel in physics was awarded Tuesday to three scientists whose work found order in seeming disorder, helping to explain and predict complex forces of nature, including climate change.

Benjamin List and David W.C. MacMillan were named as winners of the Nobel Prize in chemistry Wednesday for finding an easier and environmentally cleaner way to build molecules that can be used to make compounds, including medicines and pesticides.

The prize for literature was awarded Thursday to British-based Tanzanian writer Abdulrazak Gurnah, who was recognized for his “uncompromising and compassionate penetration of the effects of colonialism and the fate of the refugee.”

Still to come Monday is the prize for outstanding work in the field of economics.