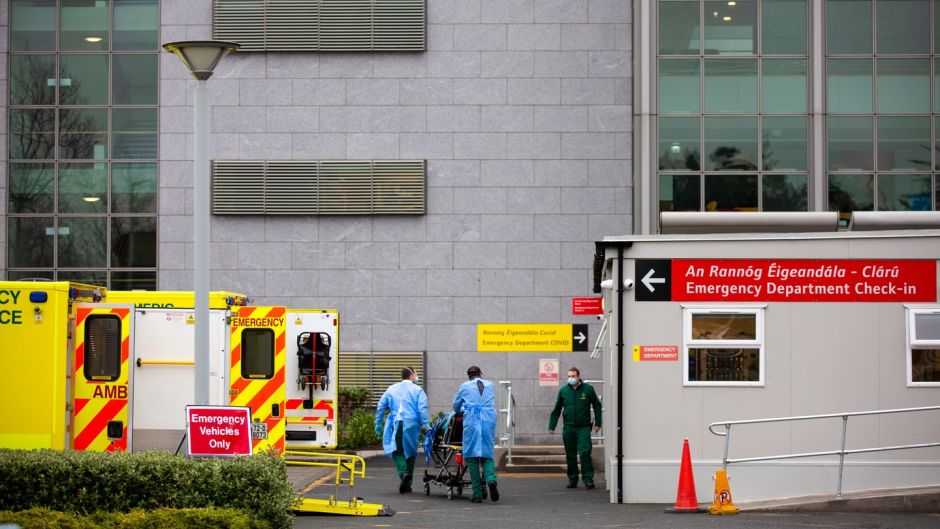 A large majority of voters support the payment of a pandemic bonus for frontline workers in the public sector, according to the latest Irish Times/Ipsos MRBI opinion poll.

A smaller majority believes the Government should pay a bonus to private sector workers, such as retail workers and taxi drivers.

Almost four out of five respondents to the poll (79 per cent) said they were in favour of “paying a pandemic bonus to public sector frontline workers”, with just 18 per cent opposed.

Asked if a bonus is to be paid to public sector workers, to whom should it be paid, almost half of all respondents (47 per cent) said it should be paid to “frontline hospital and emergency services workers only”.

But 30 per cent of respondents said the bonus should be paid to “all frontline workers in the public sector, including gardaí, teachers and bus/train drivers etc”. Thirteen per cent said it should be paid to “all public sector workers including those who were not public facing or were remote working during the pandemic”. Ten per cent of respondents offered no opinion.

Asked if Government should pay a pandemic bonus “to private sector and frontline workers (eg, retail workers, taxi drivers, private hospital workers, etc)”, a slim majority (52 per cent) of respondents agreed. A substantial minority of voters (40 per cent) were opposed.

The proposal for bonuses has been the subject of considerable political controversy in recent weeks. A number of public sector unions have indicated that if bonuses are being paid, they want their members to be included. Teachers unions first said they wanted to be involved in discussions about a bonus, but later said they were not seeking any payment. Some Government TDs were critical of the plans, which are still under discussion.

Meanwhile, despite the decline in public satisfaction with the Government and its leaders in the poll, reported earlier this week in The Irish Times, a large majority of voters believe the Coalition has done a good job managing the pandemic.

Approval ratings for the Government as a whole, for Taoiseach Micheál Martin and Tánaiste Leo Varadkar all showed sharp falls since June, while support for Fine Gael dropped by five points.

The remaining restrictions are due to be lifted on October 22nd.

The poll was conducted among 1,200 adults at 120 sampling points across all constituencies on October 2nd, 4th and 5th. Interviews were conducted in person. The accuracy is estimated at plus or minus 2.8 per cent.