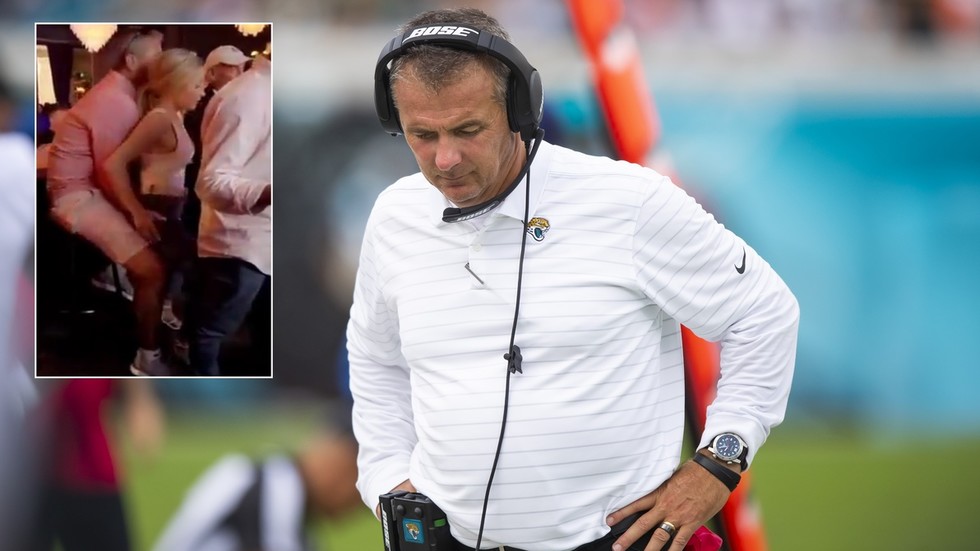 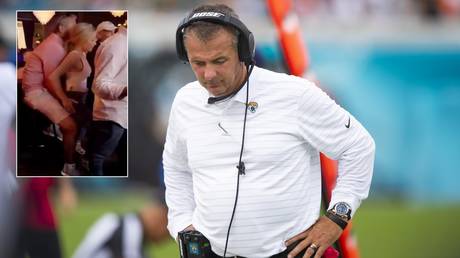 The mother of the young woman videotaped and photographed with Jacksonville Jaguars coach Urban Meyer as the pair danced in his steak restaurant in Ohio last week has revealed she is concerned about her daughter’s wellbeing.

Videos of the 24-year-old and Meyer, 57, filled social media following the Jaguars’ 24-21 away loss at the Cincinnati Bengals on Thursday last week.

In one, the woman gyrated near Meyer while another clip showed him apparently grabbing her buttocks.

The coach has apologized to his “upset” family for the furor, with his wife later deleting her Twitter account and saying she doesn’t “need the hate”.

“There was a big group next to the restaurant,” Meyer, who has roots in Ohio, explained during a press conference the following Monday, describing the events at Urban’s Chophouse.

“They wanted me to come over and take pictures, and I did. [They] tried to pull me out on the dance floor, screwing around, but I should’ve left,” Meyer continued.

“I just apologized to the team for being a distraction,” Meyer said. “It’s stupid. I explained everything that happened and I should not have put myself in that position.”

Meanwhile, Jaguars owner Shad Khan has said in a statement that he has “addressed this matter with Urban”.

“Specifics of our conversation will be held in confidence. What I will say is his conduct last weekend was inexcusable. I appreciate Urban’s remorse, which I believe is sincere,” said Khan.

“Now, he must regain our trust and respect. That will require a personal commitment from Urban to everyone who supports, represents or plays for our team. I am confident he will deliver.”

Yet while Meyer is mending fences at work and at home, the mother of the woman in the video has expressed concerns about the youngster’s wellbeing to USA Today Sports.

“[She] can’t even go anywhere,” the unidentified mother said.

“It’s ruining her life is what it’s doing. I’m worried for her emotional status right now.”

The marketing company where she works, New Horizon Media Group, said yesterday that it is conducting an internal investigation but isn’t in any position “to make any determination as to her [employment] status” through its attorney Brian Duncan.

Yet the woman will continue to work for the company through the investigation.

“I just pray that Alex doesn’t fire my daughter because she needs this job,” said the mother regarding the company’s owner, Alex Cruz.

“She just bought a house.”

Asked why New Horizons Media Group was required to conduct an investigation, Duncan answered: “We’ve had no prior issues with her whatsoever. She’s been a very solid asset to the company. We’re going to undertake our internal investigation to determine what, if any, impact this has on the company and we’ll proceed accordingly.”

While the company has done work for the Urban Chophouse which is a joint venture between Meyer and an Ohio restaurateur, there is said to be no knowledge of any prior relationship between the unnamed woman and the ex-Ohio State coach.

Also on rt.com
‘He’s about to take a leave of absence’: NFL coach Meyer in hot water as clip emerges ‘showing him flirting with college students’