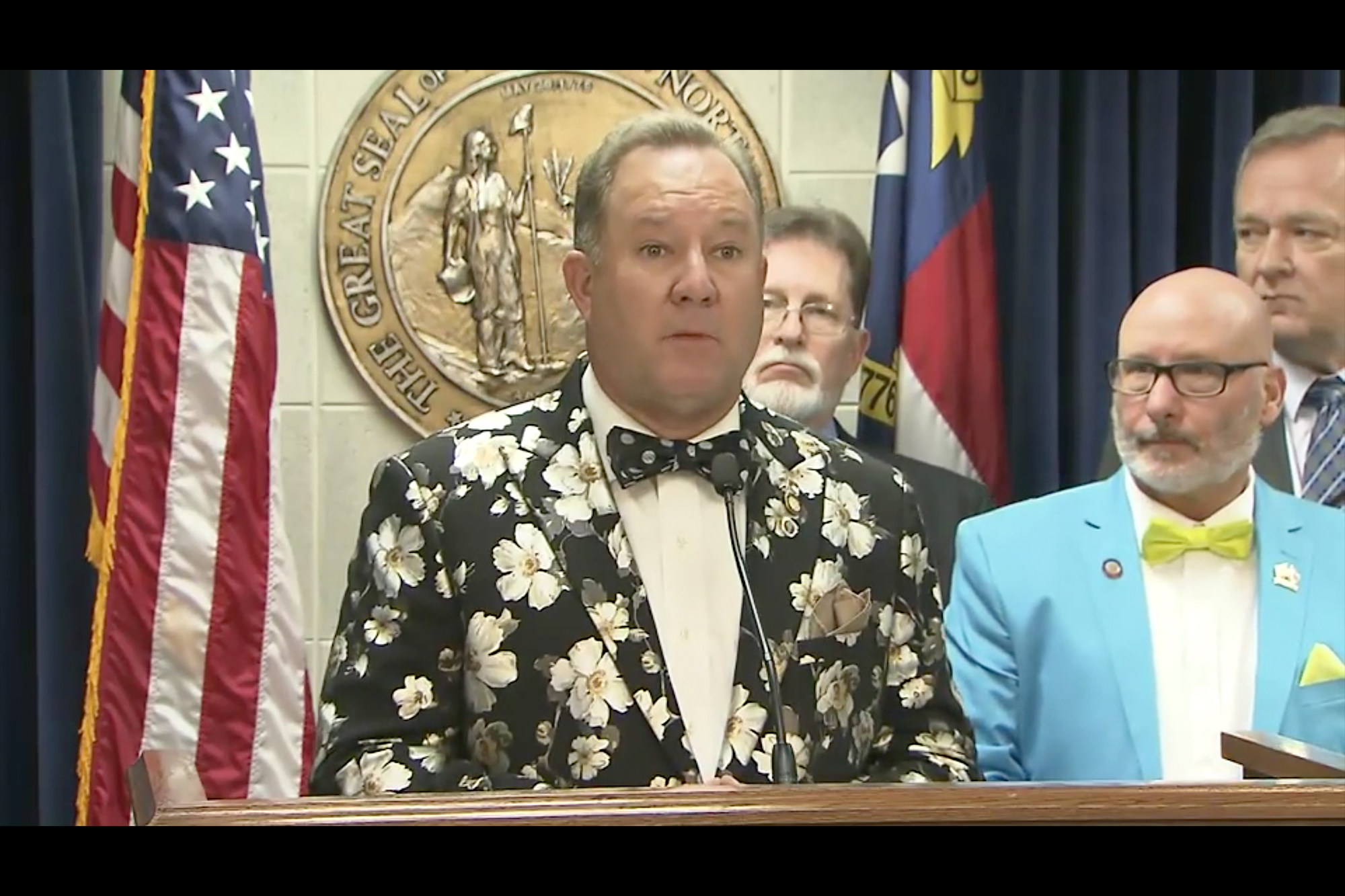 A group of Republican lawmakers in North Carolina who call themselves the House Freedom Caucus are conducting their own investigation into election fraud, saying they will do “whatever it takes” to inspect voting machines in Durham County, even if they have to use police to force the inspections.

State Rep. Jeff McNeely and other conservative lawmakers claimed at a Thursday news conference that they are acting on behalf of constituents who believe fraud and “machine tampering” took place in the 2020 election. McNeely said the group plans to conduct their inspections by “randomly pick[ing]” counties from across the state and then examining voting machines used in the presidential election to see if they have a modem that can connect to the internet. North Carolina state law prohibits voting machines from having modems.

During the news conference, McNeely selected the first county the legislators plan to investigate. Using an incredibly scientific method — pulling a county name from a sequined, USA-themed hat covered by a napkin — McNeely chose a slip of paper and announced it would be Durham County, which voted overwhelmingly for President Biden.

“I expect full cooperation from the good people in Durham because I feel like they have nothing to hide,” McNeely said. “We look forward to working with them, proving that our elections were true and were valid and there was nothing wrong with them. If that’s not the case, then we look to do an investigation. And if there need to be criminal charges, they will be filed also.”

A Durham election official told The Charlotte Observer that the county will not let the inspection take place. “We have no plans to allow anyone, as noted by law, to inspect our voting equipment,” Derek Bowens, Durham County’s director of elections, told the paper, adding that none of the voting machines in the county has a modem because they are prohibited.

This past summer the executive director of the North Carolina State Board of Elections, Karen Brinson Bell, also denied the lawmakers’ request to inspect voting machines. “The State Board has received no credible evidence that the certified results are not accurate, and elected officials from both sides of the aisle have stated that the 2020 general election in North Carolina was conducted fairly,” Bell wrote in a letter.

In a Thursday speech on the statehouse floor, Democratic state Rep. Zack Hawkins expressed his objection to the inspection. “The people in Durham County take elections very seriously,” he said. “You are not welcome in Durham County, and I’m not sure if you want to step foot in Durham County and try to inspect the machines. You will not be greeted as liberators, let me be clear.”

But at the press conference, McNeely said that he intended to go to Durham County Thursday night with a roll of red evidence tape to “secure the spot” where the machines are kept “so that nothing can go forward from here.”

When a reporter asked McNeely how he thinks the legislators will be able to inspect the machines without the permission of the county or state election board, he said that lawmakers from the legislative branch have a right to ask questions about elections. But if they are not allowed, McNeely said they will have escorts from the North Carolina General Assembly Police, which polices the North Carolina state Capitol grounds.

“So we will start with that,” he said. “And if we have to use, like I said, our escorts and the [General Assembly] police to help us, we will do whatever it takes to go about our mission.”