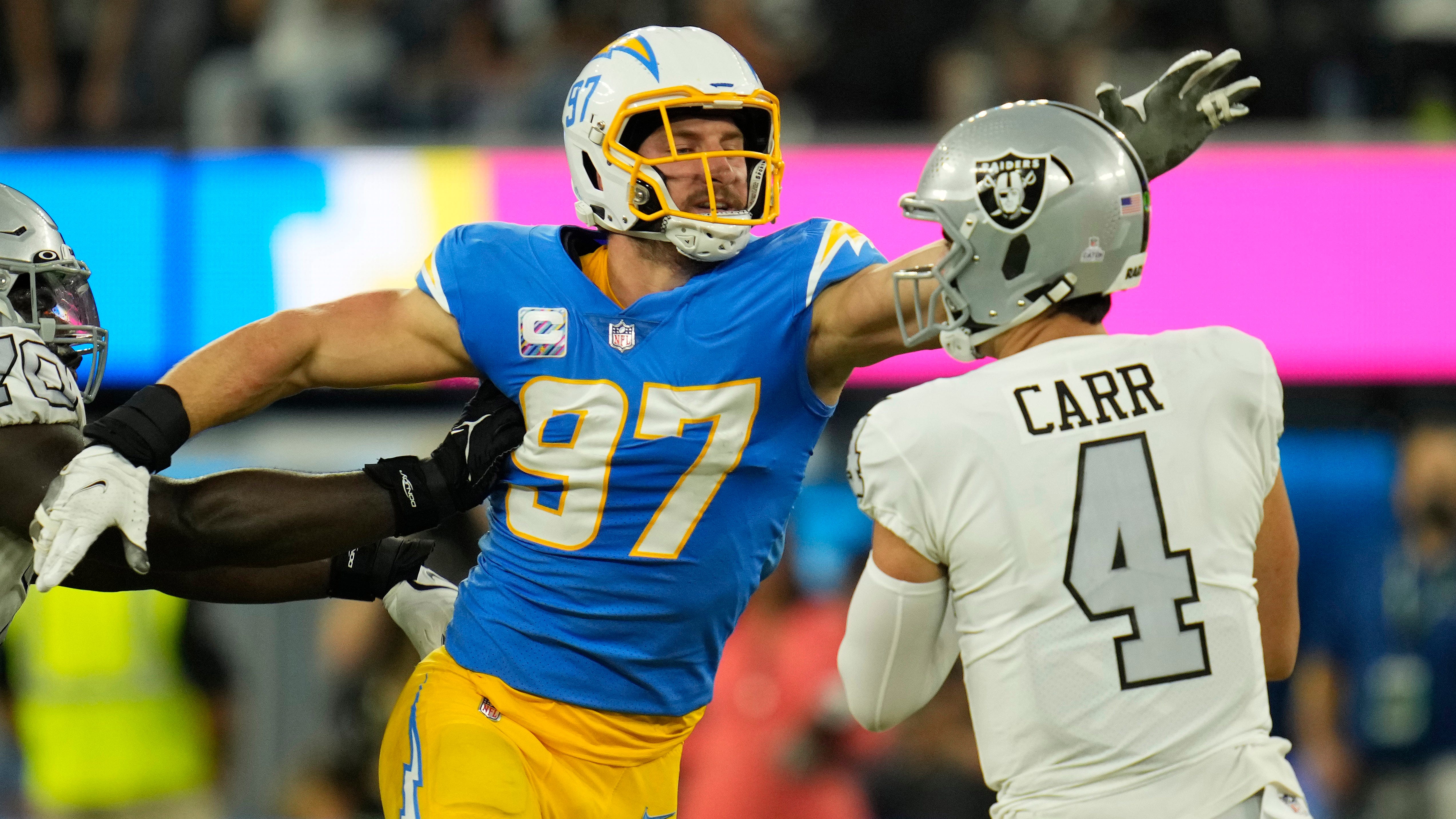 During the Raiders’ Monday Night 28-14 loss to the Chargers, Joey Bosa apparently trash-talked Derek Carr and really got to him. Carr even admitted how livid he was post-game.

“I just thought it was unfortunate that he’d even think to say it,” Carr said. “Maybe he was just trying to get under my skin. Which, he did piss me off. So, good job for that. But that’s not a bad thing either.”

Well, yes it is a bad thing, Derek. If a quarterback needs trash talk from a star player on the opposing team to get him fired up to start playing better, there’s a problem. Sounds like Derek Carr thinks he’s Michael Jordan and can take things personally so he can wreck the whole league. Just play better in the first half and this whole situation goes away.

Bosa spoke after the game as to what the game plan was.

“We knew once we hit him a few times, he really gets shook,” he said. “And you saw on Christian Covington’s fourth–quarter sack, he was pretty much curling into a ball before we even got back there.”

“So, great dude, great player. He’s been having a great year, but we knew once we get pressure on him, he kind of shuts down and he’s not as effective with a crowded pocket, so that was the key to it.”

The Raiders were held to just 51 yards in the first half until they finally got it going, too late to overcome their deficit though.

Also, isn’t this the plan against any great quarterback? Bosa and this Chargers defensive line say the obvious, that hitting an elite pocket quarterback impacts his play? Sounds like common sense, if you ask us. Derek Carr can be as shocked and appalled as he wants, but it doesn’t make what Joey Bosa had to say wrong.

Derek Carr gets another crack at it this weekend at home against rookie quarterback Justin Fields and the Chicago Bears. He better show out.