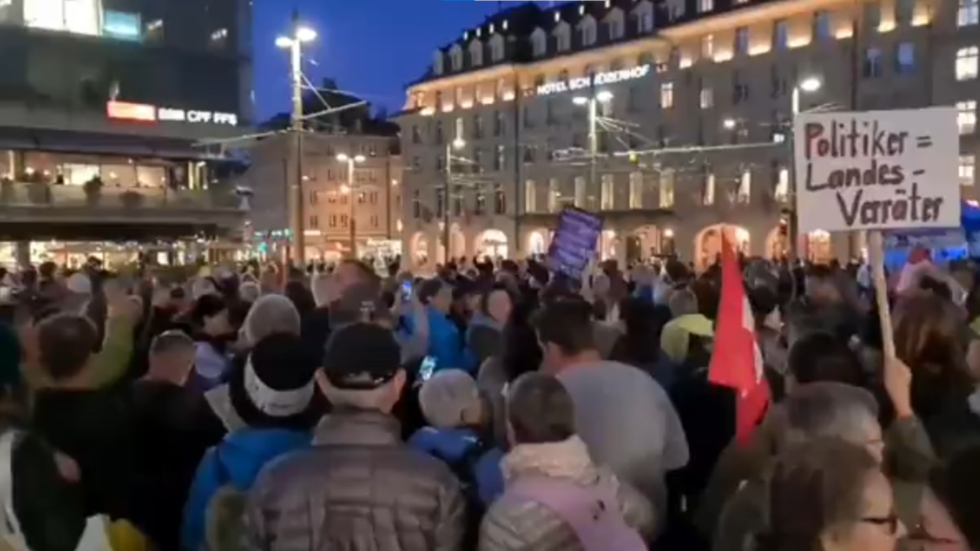 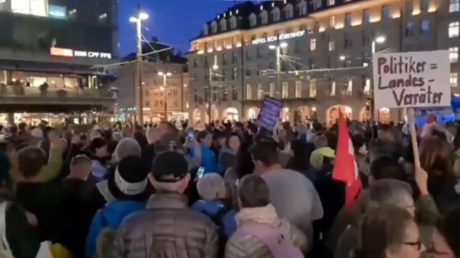 Swiss police used a water cannon, rubber bullets and tear gas to break up an anti-Covid protest on Thursday after a crowd of demonstrators broke through barriers outside the federal capital’s parliament building.

The unauthorized protest saw around 500 critics of the government’s Covid-19 restrictions gather for a weekly demonstration, as activists continue to reject the coronavirus health pass that has been in place since September 13.

In harrowing footage of the protests shared online, police could be seen punching a prone demonstrator while apparently arresting him. Other videos showed the scale of the operation dispatched to break up the crowd, including those who had ignored a security perimeter around the parliament building. The riot police deployed a water cannon, rubber bullets and tear gas on the assembled crowd.

In a statement on the unrest, Bern Police said it had deployed the measures as “participants repeatedly harassed and disregarded police barriers” after they were ordered via loudspeaker to clear the area. One officer was injured, and charges are expected to be filed against four people.

Switzerland’s Covid-19 restrictions require anyone entering a public space – such as a bar, restaurant or museum – or attending a large gathering to show proof they are fully vaccinated, have recently tested negative for Covid-19 or have recovered from the virus.

Also on rt.com
Bring a friend and get a present! Switzerland incentivizes citizens to convince acquaintances to get Covid jab

The Swiss government has been seeking to tackle the pandemic by speeding up the nation’s vaccination rate and providing free Covid-19 testing. Recently, officials unveiled a scheme whereby anyone who brings a “friend, neighbor, work colleague or family member” to get jabbed will receive a gift certificate valued at 50 Swiss francs ($53.68).