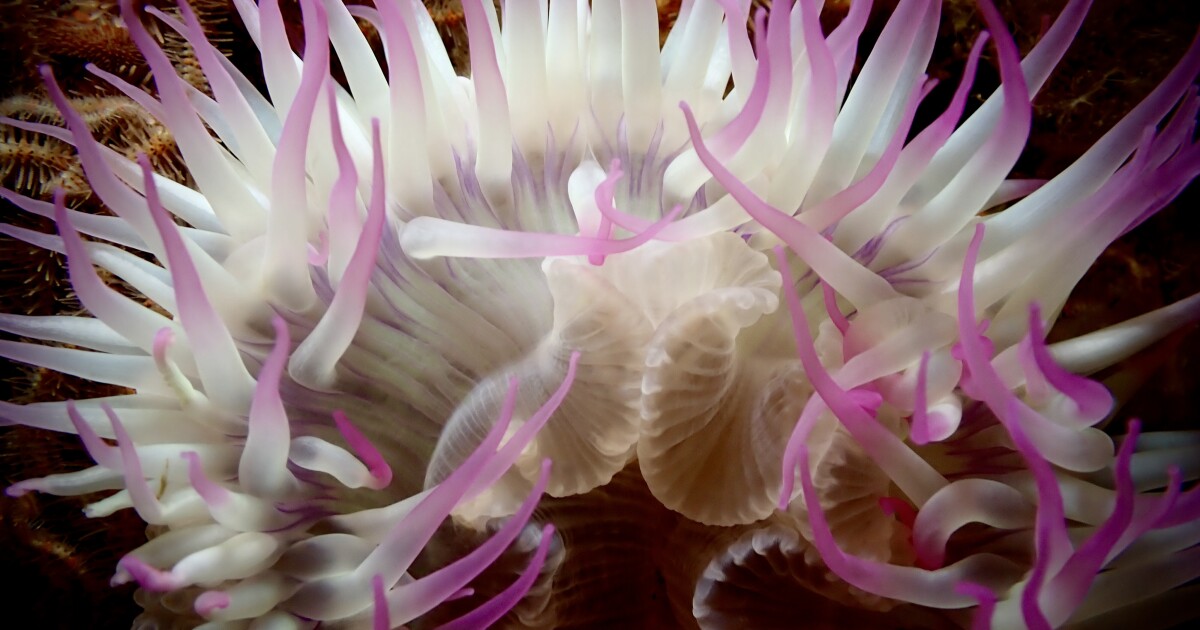 Here are the stories you shouldn’t miss today:

Probing a mystery, fearing the fate of millions of sea creatures

One week after a 13-inch tear in an undersea pipeline resulted in a massive oil spill off the Southern California coast, the clues keep piling up, but the mystery of what caused the rupture and who is ultimately responsible remains unsolved.

As of Thursday, the most probable suspect continued to be a shipping vessel that might have snagged the pipeline in the process of anchoring. But identifying that ship will require establishing when the pipeline was damaged. Complicating that work is the possibility that damage took place months before the pipe cracked open.

Meanwhile, oil and tar washed ashore in San Diego County as the Orange County oil spill cleanup extended. And the spill left many fearing for the abundant marine life that lived around and under the Elly platform, one of the most beloved dive sites in Southern California. (Great photos.)

One of the deadliest consequences of climate change

Extreme heat is one of the deadliest consequences of global warming. But in a state that prides itself on being a climate leader, California chronically undercounts the death toll and has failed to address the growing threat of heat-related illness and death, according to a Los Angeles Times investigation.

Between 2010 and 2019, the hottest decade on record, California’s official data from death certificates attributed 599 deaths to heat exposure. But a Times analysis found that the true toll is probably six times higher.

— Climate change is supercharging California heat waves, and the state isn’t ready for what’s to come.

— As heat waves intensify, access to air conditioning can mean life or death.

San Francisco gets ready to lift some mask requirements

In a sign of improving COVID-19 conditions, San Francisco is set to lift indoor mask requirements in gyms and offices next week — but only if everyone is vaccinated.

— Pfizer asked the U.S. government to allow use of its COVID-19 vaccine in children ages 5 to 11. If regulators agree, shots could begin within a matter of weeks.

— What you need to know about L.A. County’s new vaccination verification rules. By the way, if you want to get your flu and COVID-19 shots in one visit, you can.

— Who can opt out of the school COVID-19 vaccination mandate? Gov. Gavin Newsom did not define the criteria for exemptions, leaving the task to state public health officials. Now, lawmakers fear opt-outs will undermine the mandate.

For more, sign up for Coronavirus Today, a special edition of The Times’ Health and Science newsletter.

High-intensity fires may have killed hundreds of giant sequoias

Hundreds of giant sequoias may have been lost to the KNP Complex fire after high-intensity flames tore through several groves of the massive trees in Sequoia and Kings Canyon National Parks.

The Windy fire, burning south of the KNP Complex, may also have caused extensive devastation to groves.

If you’re a fan of this newsletter, you’ll probably love our new daily podcast, “The Times,” hosted by columnist Gustavo Arellano, along with reporters from across our newsroom. Every weekday, it takes you beyond the headlines. Subscribe on Apple Podcasts and follow on Spotify.

PHOTO OF THE DAY

— A number of new laws will significantly help community college students transfer into both Cal State and UC campuses, and boost financial aid and housing assistance as part of a $47.1-billion higher education package.

— Riverside County Sheriff Chad Bianco was a paying member in 2014 of the Oath Keepers, a far-right, anti-government group whose ranks participated in the U.S. Capitol insurrection on Jan. 6. Some local leaders are now calling for his resignation.

— Costs from the Los Angeles Police Department’s botched detonation of illegal fireworks in South L.A. this summer have surpassed $1.2 million, even as most claims remain unresolved.

— After a spate of record-breaking heat, worsening drought and frequent wildfires, portions of California will experience a noticeable shift to wintry weather, the National Weather Service said.

— The Biden administration is expected this week to reach a security deal with Mexico that takes aim at the most dangerous drug cartels and migrant smugglers while jettisoning a previous agreement criticized for exacerbating violence.

— A report by the Senate Judiciary Committee’s Democratic majority details Donald Trump’s extraordinary effort to overturn the 2020 election that he lost, with the Justice Department brought to the brink of chaos and top officials there and at the White House threatening to resign.

Sign up for our California Politics newsletter to get the best of The Times’ state politics reporting and the latest action in Sacramento.

— A new task force is studying the issue of missing and murdered Native Hawaiian women and girls.

— A Polish court ruled the nation’s laws have supremacy over those of the European Union in areas where they clash, a decision likely to embolden the country’s right-wing government and worsen its already troubled relationship with the EU.

— Abortions quickly resumed in some Texas clinics a day after a federal judge halted the most restrictive abortion law in the U.S., but doctors across the state did not rush to resume normal operations with the court battle far from over.

— Tanzanian writer Abdulrazak Gurnah won the Nobel Prize for literature for his novels about the impact of migration on individuals and societies.

HOLLYWOOD AND THE ARTS

— Transgender Netflix employees are speaking out against the streaming giant’s decision to release Dave Chappelle’s latest comedy special, which contains a litany of transphobic material and insensitive commentary.

— In an already explosive season fueled by curiosity over Erika “Jayne” Girardi’s involvement in her estranged husband’s embezzlement scandal, the latest episodes of “The Real Housewives of Beverly Hills” raised issues of race, money and the aesthetics of leather pants, and not always delicately.

— “What If…?” is the Marvel Cinematic Universe’s first big misstep and it’s the fourth Disney+ series. Why the failure should have fans worried.

— The Grateful Dead and members of its inner circle began auctioning off this week an astounding array of musical instruments, gear, clothing and memorabilia from across the band’s storied career.

— Tesla is moving its Palo Alto headquarters to Austin, Texas, CEO Elon Musk said, without explaining why he’s making the move. He said, however, the Fremont, Calif., plant would grow by 50%.

— A summer of labor unrest at U.S. food manufacturers has stretched into fall, as 1,400 workers at Kellogg Co.’s U.S. cereal plants walked off the job this week over negotiations on pay and benefits.

— With the strike vote by the International Alliance of Theatrical Stage Employees, film and TV crews are saying what is on a lot of other workers’ minds: They’re burned out and fed up with a work culture that demands too much for too little.

The Dodgers face those gawd-awful San Francisco Giants tonight in a true postseason series for the first time in the teams’ 131-year rivalry. Time for a quick look back 63 years ago to the Dodgers’ first game in L.A., on April 18, 1958 — also against the Giants:

— LaMonte Wade Jr. in the late innings of a close game … and eight other reasons the Dodgers should be concerned about the Giants in the National League Division Series.

— Eighteen former NBA players — including former Lakers guard Shannon Brown — have been charged with defrauding the league’s health and welfare benefit plan out of about $4 million, according to an indictment Thursday.

Get our free daily crossword puzzle, sudoku, word search and arcade games in our new game center at latimes.com/games.

— The state already has a housing crisis. Let’s not unintentionally push more people into it: Let courts help tenants through the eviction process.

— Op-Ed: Like me, at least 1 in 4 insulin-dependent diabetics in the U.S. have rationed insulin because of its cost. It doesn’t have to be this way.

— Op-Ed: Self-driving-car algorithms may have a racism problem. When Tesla Roadsters start disproportionally running over Black paramedics, or Oakland residents with natural hairstyles, the cars won’t be able to report that “nobody told me how Black skin looks in real life.”

Despite a rich history and tradition, dates seem to be underappreciated in the United States. Some dates are great — as is — for snacks or paired with cheese. Dates can transform lemon bars — and do we even need to remind you of the comforting qualities of date shakes? Their distinctive flavors and stories provide a timeline that stretches for thousands of years — and you can make the trip to the Coachella Valley in just a couple of hours.

Today’s newsletter was curated by Amy Hubbard and Laura Blasey. Comments or ideas? Email us at [email protected].