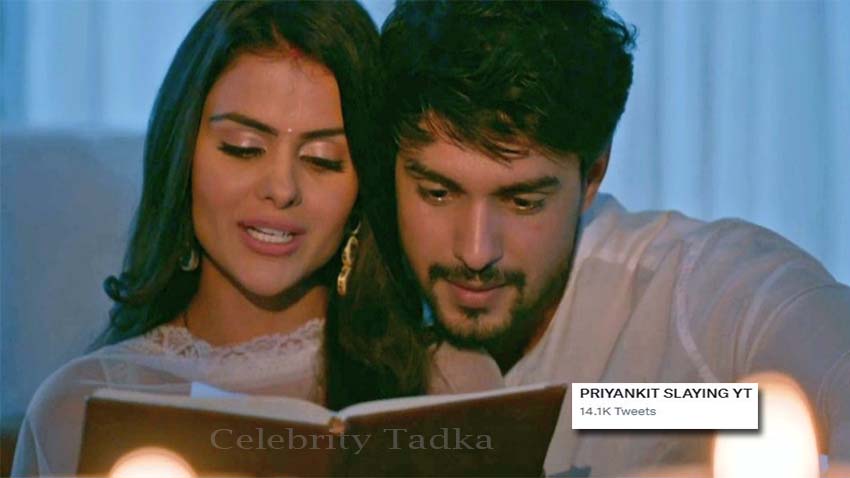 Popular ITV actors Ankit Gupta and Priyanka Chahar Choudhary is grabbing lot of attention with their sizzling chemistry. The duo has become one of the most adored on-screen pair on Television industry. They are ruling the hearts of viewers as Fateh and Tejo in Colors TV show Udaariyaan. Fans fondly calls them #Fatejo.

While their on-screen chemistry has become audiences favourite, fans are even adoring their off-screen bond. From Instagram reels and pictures To their YouTube Vlogs, Priyanka and Ankit is winning everyone’s hearts with their on off-screen friendship. Fans loves to see them together whether onscreen or off-screen and keeps demanding Vlogs and reels. #PriyAnkit also never fails to treat their fans with beautiful Vlogs and reels.

Have a look at fans tweets:

Their off & On screen chemistry always treat to watch .

Thanks fatejo/priyankit fam for joining, once again our trend was successful

Buzzo aka virsa riar is one of the most loved character and person in the show.
It is becoz of him that we started getting our Sunday dose of their blog
Yaaron ka yaar
Thank you so much
We love you

Udaariyaan is produced by ITV couple Ravi Dubey and Sargun Mehta under their production banner Dreamiyata Entertainment Pvt. Ltd. & Devirosh Films. The show also stars Isha Malviya, Chetna Singh, Virsa Singh Riar, Abhishek Kumar, Ram Aujla, Rashmeet Kaur Sethi, Abhiraaj Chawla among others. The current track of the show revolves around Tejo and Fateh divorce getting postpone by court for 6 months, meanwhile Jasmin is conspiring against Tejo to get her out of the Virk house and degrade her image in front of family.