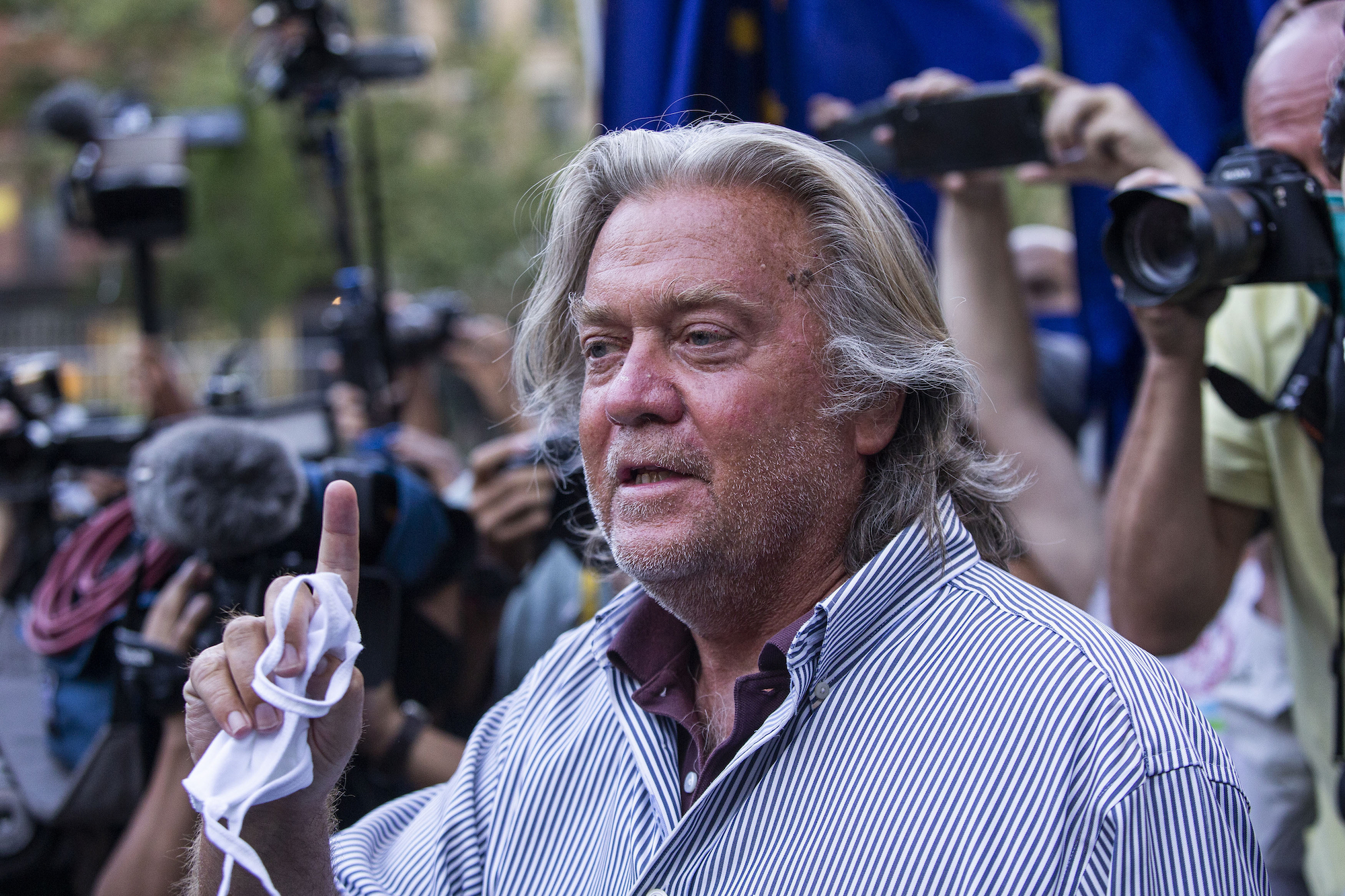 Steve Bannon sent a letter through his lawyer announcing his intent to defy a subpoena from the Select Committee investigating January 6th, citing “executive privilege.” The onus now falls on House Democrats to force him to comply or face criminal consequences.

The Select Committee has at least said they’re going to take action, issuing a  statement on Friday noting that they will “swiftly consider advancing a criminal contempt of Congress referral” for any witness who defies a lawful subpoena.

Select Committee Chairman Bennie Thompson (D-Miss.) and Vice Chair Liz Cheney (R-Wyo.) said former Trump White House Chief of Staff Mark Meadows and former Pentagon official Kashyap Patel are cooperating with subpoenas they received from the committee, so far. Bannon, on the other hand, “has indicated that he will try to hide behind vague references to privileges of the former President.”

NEW – Bannon rebuffs congressional subpoena, with lawyer citing Trump team seeking executive privilege, despite Bannon not working for the executive branch when these events took place. Says they’re waiting for the issue to be resolved before proceeding. pic.twitter.com/8kT9mGKKXB

Earlier this week, Trump sent a letter to four of his former advisers who had been subpoenaed by the committee — Bannon, Meadows, Patel, and communications guru Dan Scavino — advising them to not cooperate. “Executive privilege will be defended, not just on behalf of President Trump and his administration, but also on behalf of the Office of the President of the United States and the future of our nation,” Taylor Budowich, director of communications for Trump, said in a statement, according to The Washington Post.

Rep. Pete Aguilar (D-Calif.), who sits on the select committee, said executive privilege only applies to the current president. “The former president, it is not his role to claim privilege. That is the current occupant in the White House,” Aguilar said Thursday on CNN.

On the same day that Bannon’s lawyer communicated that he will not cooperate, Bannon pandered to election conspiracy theorists on his War Room podcast, promising Trump will “return” by 2022 or even “before.”

Steve Bannon backing the idea of a Trump reinstatement, says that the “return of Trump” will be in “2022 or maybe before.” pic.twitter.com/sxneKCHp8i

Bannon is clearly relishing sticking it the Democrats trying to get to the bottom of his potential involvement in the events of January 6th. Thompson and Cheney have said they’ll “swiftly consider” advancing a criminal contempt referral.