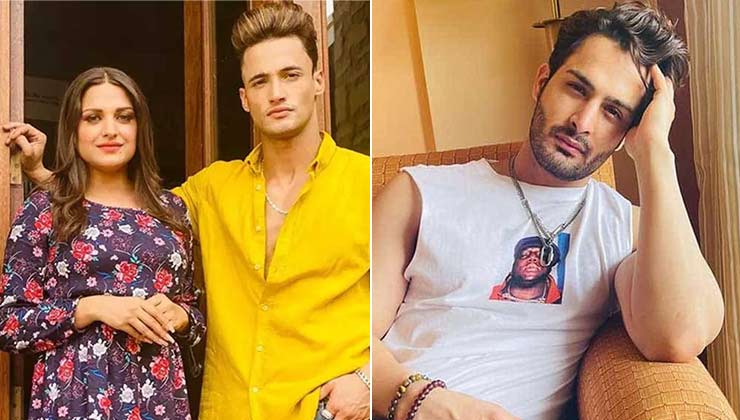 It has barely been a week since Bigg Boss 15 started but the drama is already reaching peak levels at this point. From Pratik Sehajpal bringing the house down to Iehsaan Sehgaal and Miesha Iyer’s romance, a lot has happened in only a week. Another shocker that left the fans stumped was Afsana Khan’s recent ‘doctory’ comment on Umar Riaz. Umar’s brother Asim Riaz and his girlfriend Himashi Khurana came out in support of Umar as they talked about the importance of a doctor. Asim Riaz was seen referring to mental health and how one would need a doctor then while praising brother Umar.

In a recent episode, Umar and Afsana were seen locking horns when Khan made a comment ‘tu doctory kar’. This irked Umar and he was fuming when he said, “Don’t you dare talk about my profession and mismatch my statements. While you were sitting at home doing nothing, I used to go out at the front line working, serving the people of my country during the pandemic.”

Asim Riaz took to his Twitter and supporting his brother he wrote, “When you have a panic attack You don’t play a song ..you call a doctor @realumarriaz” Himanshi also took to her Twitter and wrote, “The first and last person you see in your life is doctor…… @realumarriaz”

When you have a panic attack
You don’t play a song ..you call a doctor @realumarriaz

Meanwhile, the first weekend ka vaar will take place today and in the promos, we have seen Salman Khan bashing Pratik Sehajpal for his incident with Vidhi Pandya and his fight with Jay Bhanushali.