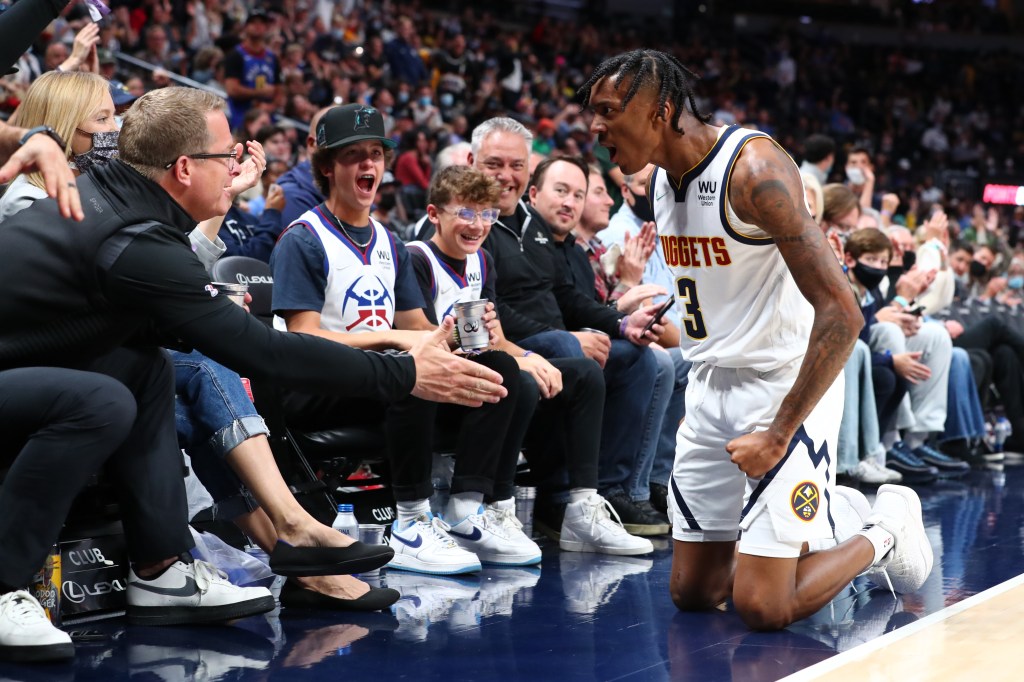 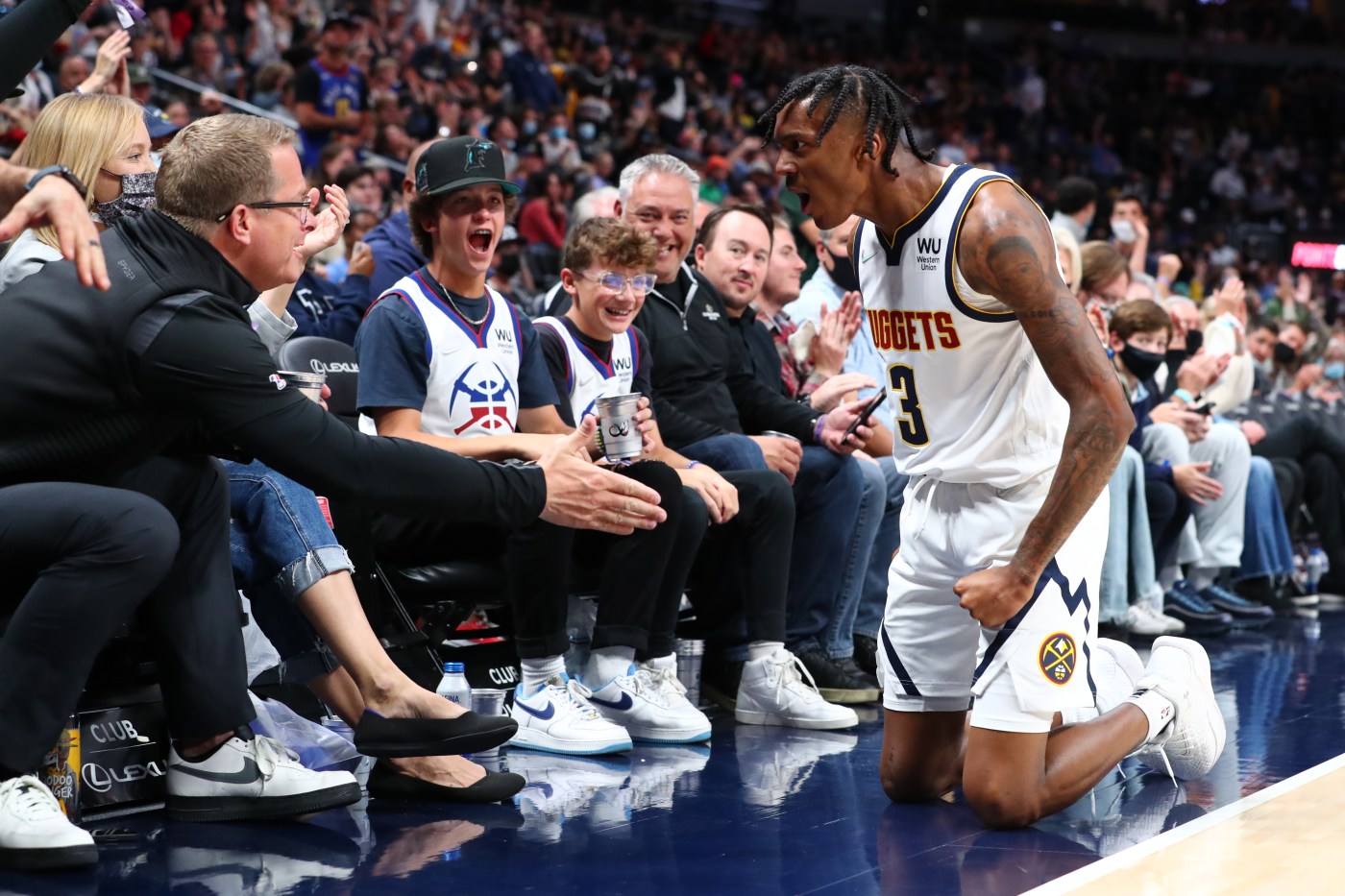 Even though it was the preseason, there was no love lost between Nikola Jokic and Karl-Anthony Towns, who wrangled throughout most of the night. But the story of the night was Bones Hyland, whose offensive eruption was marred by the Nuggets’ 114-112 overtime loss to Minnesota to drop to 0-3 on the preseason.

The rookie sunk what appeared to be a game-winning 3 late in regulation only to, inexplicably, concede a layup to force OT. The end of regulation and overtime was filled with lapses, turnovers and miscues that didn’t sit well with Michael Malone even though the game didn’t matter.

“I think everything that could’ve gone wrong, went wrong,” Malone said, who lamented his team’s 23 turnovers.

Led by Jokic, Michael Porter Jr. and Hyland, the Nuggets shattered their stated goal of 40 3-point attempts per game, going 21-of-58 from outside. Those three took 26 attempts alone.

Joker vs. KAT: The two All-NBA caliber centers locked horns like it was the conference finals. Jokic toyed with Towns on the interior en route to a near-triple-double, while Towns barked at Joker following his made baskets. Each possession that funneled through either star yielded bangs and bruises for both parties.

Halfway through the second quarter, Malone picked up a technical foul with Towns draped all over Jokic in the post. The tech was about protecting his star.

Towns had eight points in the first half, while Jokic padded his stats, dropping 10 points, six rebounds and five assists on his counterpart in 16 minutes. One of his dimes was a 3/4-length touchdown pass to Aaron Gordon where Jokic caught the T-Wolves sleeping. Another was a smooth slip pass to P.J. Dozier in transition.

Though Towns probably wouldn’t admit it, Jokic got the best of him. Joker finished with 10 points, 10 assists and nine rebounds in 26 minutes of action.

The buzzing rookie may have won over the entire crowd with the ensuing 12 minutes. Hyland proceeded to hang 18 points in the third quarter, including five 3-pointers. His teammates were hunting for him, and Hyland didn’t hesitate when presented with a window. On the last one, Hyland had the Nuggets’ entire bench standing, with Dozier waving a towel as if to cool him off.

Not only did the run inspire confidence that Hyland might crack Malone’s rotation, it was an intriguing look with him alongside the starters. Hyland finished with 21 points, eight rebounds and four assists before fouling out in overtime.

Before the game, Malone pushed back on the narrative that he’s loath to give rookies a chance. He mentioned Jokic, Malik Beasley, Juancho Hernangomez and Emmanuel Mudiay as examples.

“If you can help this team win, you will play,” Malone said prior to Hyland’s eruption.

Friday night only helped his cause.

Bench woes: And yet part of the reason the game was close was because Denver’s second unit struggled to find any rhythm offensively. In the first half, Denver’s five-man unit of Facu Campazzo, Austin Rivers, Hyland, JaMychal Green and Jeff Green combined for just 2-of-15 from the field. With three turnovers, Rivers was particularly sloppy with the ball.

The Nuggets were sitting on 24 points when Jokic subbed out with 3:28 left in the first quarter. When he returned, at the 7:43 mark of the second quarter, Denver had just 32 points.

“I don’t know if guys are really comfortable because they assume they’re going to be playing minutes, but they better stop assuming that,” Malone said. “Everybody’s fighting for something.”

Though JaMychal made an impact on the boards, no reserve outside of Hyland finished with more than five points in regulation. The sloppiness was epitomized when Campazzo, leading a fastbreak, threw a bad pass to a trailing Zeke Nnaji that resulted in a turnover. The Nuggets have two more games to go, both at OKC, to sort out their rotations before the regular season arrives.