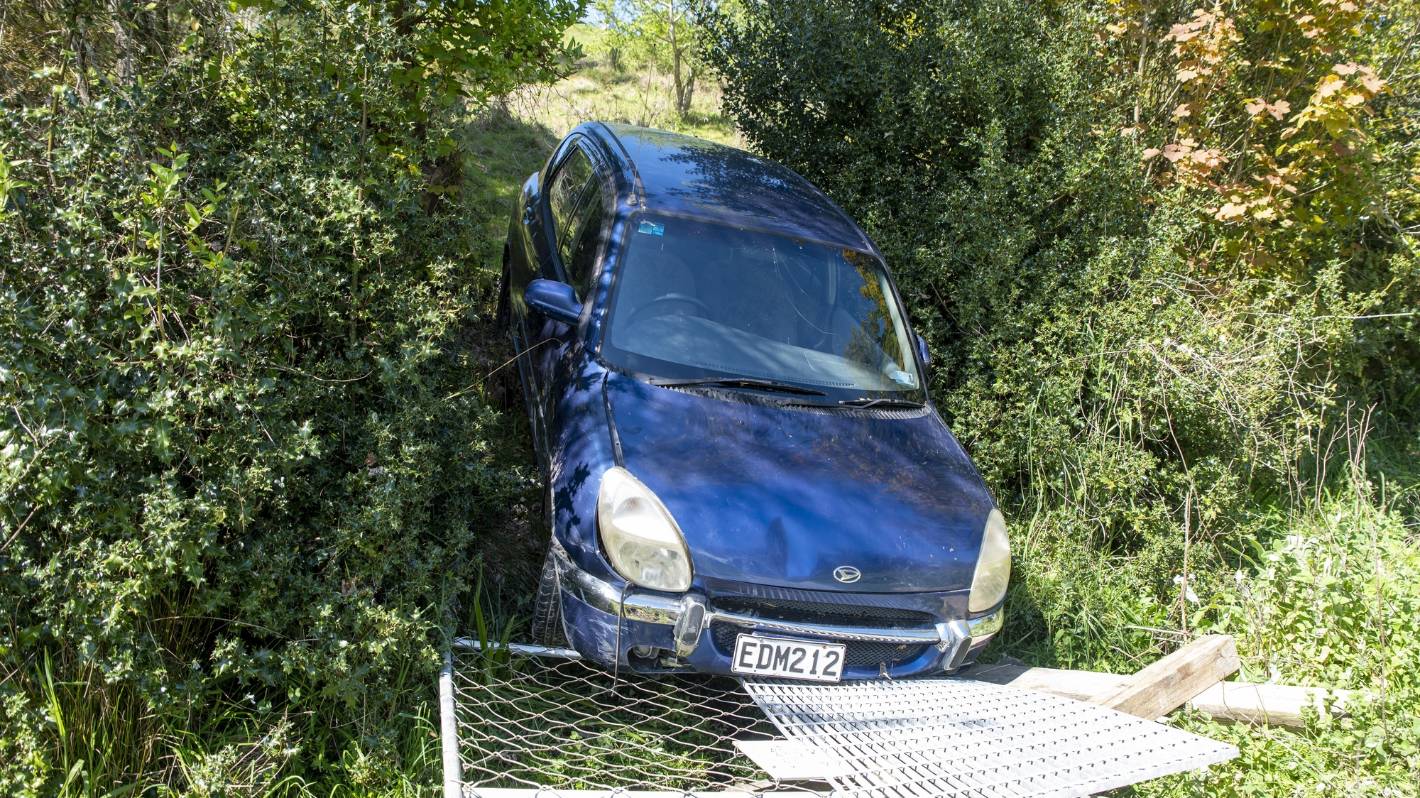 Reverend Don Moses of Wakefield had an unexpected wake-up call when police were called out to St John’s Church in the early hours of Saturday.

Several people raised the alarm just after midnight, after it appeared that a car had lost control while driving through the church cemetery, and ended up in a creek at the bottom of the hill.

The car had come to a stop at St John’s vicarage, where Reverend Moses had been up late the previous evening preparing for the church’s 175th anniversary celebrations to be held Saturday .

Moses said he had been woken up at about 1am, when the property’s security light near their woodshed had been activated.

“My axe had been taken from my woodshed.

“I think that was to hack a gate off the town water supply (above the cemetery) so they could use it to bridge a creek – because their car had careened out of control and come down a bank and was very much marooned.

“They were trying to use the gate to get their car across I suspect … it was a bit of a sleepless night after that.”

Moses said while the car had gone through the cemetery fence on its way down the hill, there had been minimal damage to the graves up on the hill.

“The main thing is no-one was hurt, so I’m glad for that.”

Wakefield resident Ewan Crouch said police had arrived at the scene with their dog squad.

A police spokeswoman said they received calls from multiple people after midnight about the incident.

She said police attended the scene and spoke to several people.