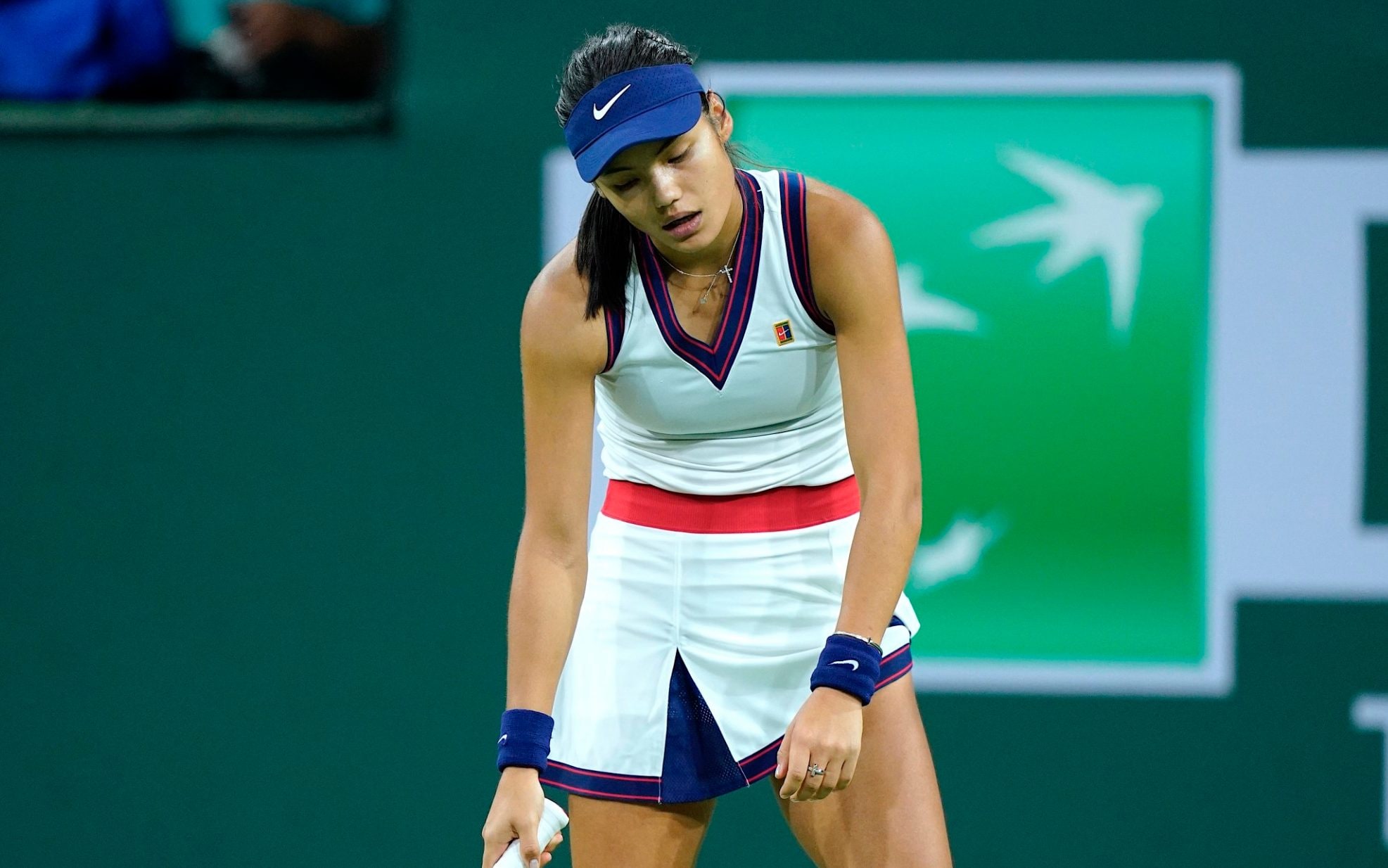 Had it not been for that incredible win last month, this defeat for Raducanu would have been entirely expected as Sasnovich, currently ranked at 100, is a former top 30 player and an experienced head on the WTA Tour.

The Briton is anything but and, despite already having a grand slam in her trophy at home, this was just her third tour-level tournament and she is still waiting for her first win.

In many ways, Raducanu’s career starts in earnest now as she gets used to life on tour and she will have to deal with opponents – and defeats – like this on a weekly basis.

The match had begun as if she had never been away, winning the first six points on her way to a service hold to love and 0-30 on Sasnovich’s delivery.

But, after a first-round bye playing in alien conditions for the first time, the Brit’s radar went astray and allowed Sasnovich quickly won three games in a row, including a break to love to go 3-1 up.